Bioware’s dedication to this game has been spectacular.

Posted By Kartik Mudgal | On 10th, Oct. 2012 Under News | Follow This Author @KartikMdgl 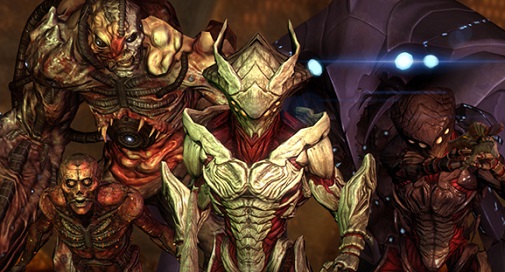 Mass Effect 3 Retaliation DLC is a free update from Bioware which adds new weapons, enemies and kits to the game. We have the complete details for you, courtesy of the Bioware blog.

The DLC contains 2 kits which unlocks two Turian classes for you to use. They are “equipped with propulsion packs, giving them unique evasive abilities and devastating new heavy melee attacks. These new Turians are some of the most maneuverable fighters to date.”

The Turian Ghost is a new Infiltrator type with a custom Tactical cloak that that boosts Assault Rifle damage. Ghosts have extra damage potential and better survivability in tight situations—a new Stim Pack grants a short damage immunity that allows the Ghosts to survive situations no one else can.Ghosts also utilize Overload for crowd-control and anti-shield ability.

There are three new weapons added to the game which includes things like: Collector Sniper Rifle, Collector  SMG and Collector AR.

The Collectors are a relentless faction of cyborg monstrosities; this anti-power faction will encourage players to bring a balanced team in combat against them. Players facing the Collectors will need to rethink the ways they’ve been using powers in combat.

The DLC will be out today and if you love Mass Effect 3, you know what to do.