Five years ago, when Mass Effect was first released, no one could have even imagined that it would go on to become one of the biggest and most well respected brand names in the gaming industry. Five years, BioWare has worked towards this- the end of all stories, the culmination of all their work, the conclusion of Commander Shepard’s saga. And what a conclusion it is. Mass Effect has always been more about personal emotions and stakes rather than full scale wars, but Mass Effect 3 strikes the perfect cross between the two. 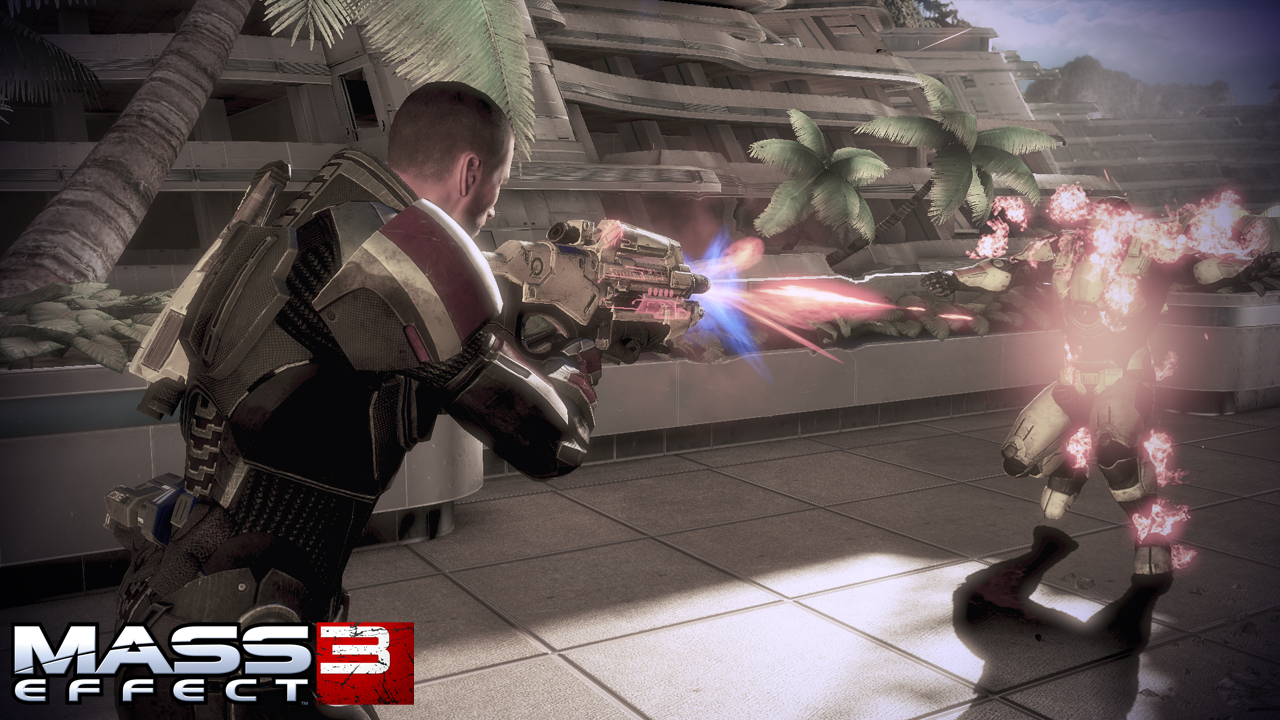 You rarely ever get to see games handling any kind of storytelling well, but when you see Mass Effect 3 delivering an impactful and sad death scene and an epic battle between a Reaper and a thresher maw, all within the time span of a single hour, you realize how much BioWare has grown in terms of presenting their stories. Throughout its 30 hours + long adventure, Mass Effect 3 will make you laugh, cry, get pumped and stare at the screen in awe, wide eyed. Every new twist of the story brings something new, something unexpected, and BioWare presents it masterfully. From full fledged space battles akin to the ones you’d be used to seeing in the likes of Star Wars to a random dissing competition between Garrus and Joker, every scene, every moment of the game will stay with you and leave an impact on you.

And each of these twists isn’t only well presented, but also well implemented. I don’t want to give anything away, but everything you do in this game- everything- has an impact on your final stand against the Reapers. From doing random side quests or going out of your way to collect some data, or something as vast as settling disputes between races who’ve been at war with each other for longer than one can remember, Mass Effect 3 throws decisions at you all the time, and they’re not always easy to make. You have to think- favouring that race right now might give you the edge in the war against the Reapers right now, but might turn out to be a bad decision in the long run. And then there will be moments where you will be asked to make sacrifices- while you know it’s for the good of the galaxy at large, it’s just hard to say goodbye to such a good, old friend.

And it is these very heart-wrenching death scenes that add the most to the emotive experience that is Mass Effect 3. Every time a character dies- and they will die a lot; it’s a war, after all- you will be absolutely gutted. This is a testament to how well Mass Effect has developed all the characters over a period of time. Sometimes, the death of a character depends on the choices you make, and knowing that what you did, be it for the good of the galaxy or for the greater good, resulted in the deaths of those old friends will leave you heartbroken. 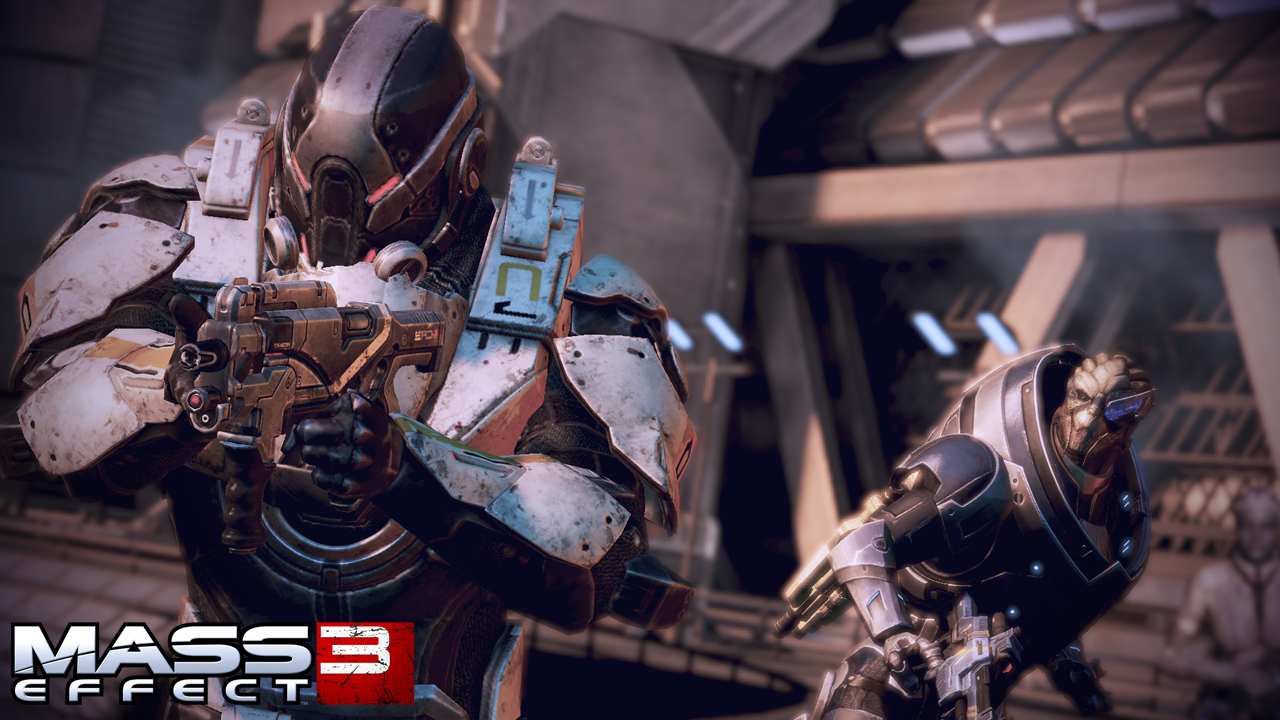 Other moments like seeing a child being killed by a Reaper at the beginning of the game, or something as simple as a random conversation between two  NPCs about whether or not they will see each other again as one prepares to go to the battle just make you realize what a touching and emotional game Mass Effect 3 is.

Other moments that show sorrow, camaraderie, love, friendship, desperation and fear will drive this home. Even Commander Shepard is much more emotive this time around. He’s a character of his own in Mass Effect 3, and his reactions and actions and how they are affected by the war are interesting to see and study. The aforementioned death of the kid haunts Shepard for the entirety of the game, and his regret for leaving Earth behind makes him very easy to empathize with. However, that doesn’t mean that the complex character customization from ME1 and 2 are gone. While dialogue choices are much more limited this time around- a lot of the conversations occur in real time and there are many occasions when Shepard decides what he should say himself- the decision making and the major moments that make choices instrumental are still there.

The narrative strength of Mass Effect 3 is, overall, exceptionally strong. Characters are very, very well developed- and yes, you will run into almost every major character from the first two games. The story itself is strong and politically charged, also delivering pangs of emotions and thrill at regular stages. Everything comes together in the end to deliver a long drawn, epic and satisfying conclusion. The battle shown at the end is mind blowing, all your questions will be answered, and the way things come together, not just from ME3 itself, but also from the first two games, is mind blowing. Choices you make throughout the series will be shown here, and they will be shown properly. That’s why ME3 is best played with an imported Shepard from ME2 and 1. However, it’s fairly accessible for new players. 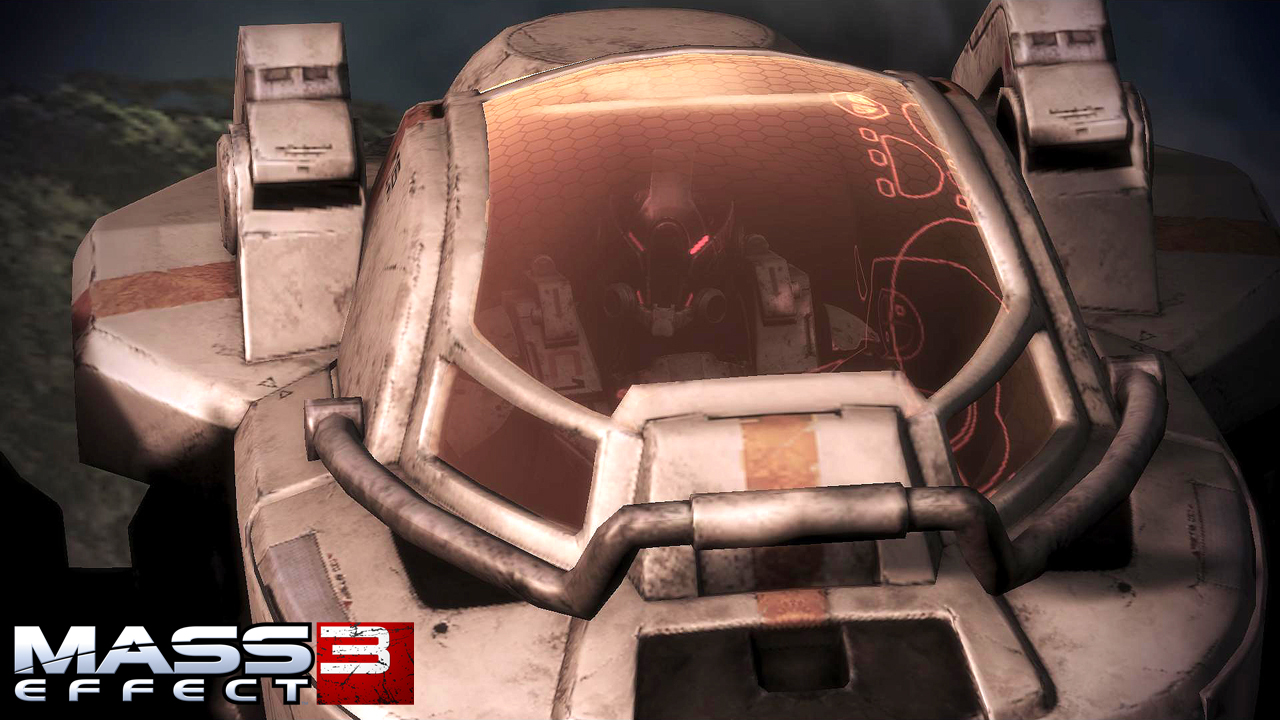 The overall epic and vast nature of the game is hardly matched by any other game you’ll ever play. Even when the game isn’t focusing on huge battles or planets being torn apart, there’s always a deep sense of loss and dread in the game, which all makes you realize that the stakes really are high this time around, and that no one is safe from the Reapers. Add to that the fact that Cerberus is also making matters worse for the Commander, and that the Illusive Man has hired a slick, cool assassin named Kai Leng (some of you may remember him from the novels) just make the story that much more epic and complex. It’s a riveting tale that will keep you on your toes at all time.

And then there’s the shooting- on a theoretical level, Mass Effect 3’s shooting sections are largely unchanged from Mass Effect 2. Additions like swat turns, rolling and heavy melee sound minor in theory, but in practice, these, combined together, can be game changers. The shooting in Mass Effect 3 is slick and smooth and feels thrilling and stylish. There’s a huge variety of weapons that you can customize as you see fit, and each of these weapons feels appropriately weighty and has its own distinguished identity. Add to that the mix of Mass Effect’s tradition biotic and tech powers and ammo types, and the combat feels distinguished, thrilling and better than most of the third person shooters out there.

ME3 also differs from ME2 in how much more varied it is in terms of gameplay. Mass Effect 2 just put you in one corridor after another and threw waves of enemies at you. In Mass Effect 3, you will be tasked with objectives to defend, offend, rescue, retrieve, man the turret, some on rails sections, ability to control huge mechs and the like. It’s moved towards shooter conventions in this respect, but this change is obviously for the better. The set pieces in ME3 will blow you away. A particular one-on-one boss fight against a Reaper during the middle stages of the game is perhaps the best example to give here.

These set pieces, however, fall flat when you compare them to some of the cutscenes in the game. A space battle between fleets of geth and quarians, Reapers descending on a planet, or the return of an old, haunting enemy will stay with you long after you’re done with the game, and these moments signify how high the production values of ME3 are. There are a few technical issues, sure- like the occasion frame rate drop, or texture pop ins or the engine showing its age, but it’s all inconsequential in the end. The soundtrack is also brilliant, punctuating the action and the emotional lows and highs of the game perfectly. The sound score on offer here is a memorable one and will probably be considered as one of the greatest video game sound tracks in the years to come. The voice acting, also, is top notch, for each and every character- right from the random, insignificant NPC to the main characters themselves.

However, BioWare has shown that it was listening to fans of the original Mass Effect as well, because it’s more like the first game than the second one in terms of its spirit and nature. It’s presentation will remind you more of ME1, and even its RPG elements are a throwback to the good old days of 2007. But inventories and RPG mechanics, while deep enough to keep RPG fanatics satisfied, aren’t cluttered like they were in ME1 and don’t get in the way of the action.

But what’s best about Mass Effect 3 is, perhaps, its replay value. Firstly, there’s just so many different ways one can play through the game. There are too many variables that the game takes into account, and it’s impossible to see all the major ones in just one or two playthroughs. The game not only begs, but also encourages multiple playthroughs. And then there’s the co-op mode. Contrary to popular belief and initial reactions, the co-op mode, as we have asserted before, does not suck in Mass Effect 3. On the contrary, it’s deep, addictive, innovative in its own way and highly enjoyable. It doesn’t take away at all from the single player experience. Not only can you do everything in the single player perfectly with full completion without the need of playing co-0p, the Achievements can also all be unlocked without even touching the multiplayer component. The story is still obviously the main attraction of ME3, but the co-op is a welcome addition that will keep players addicted for some time. 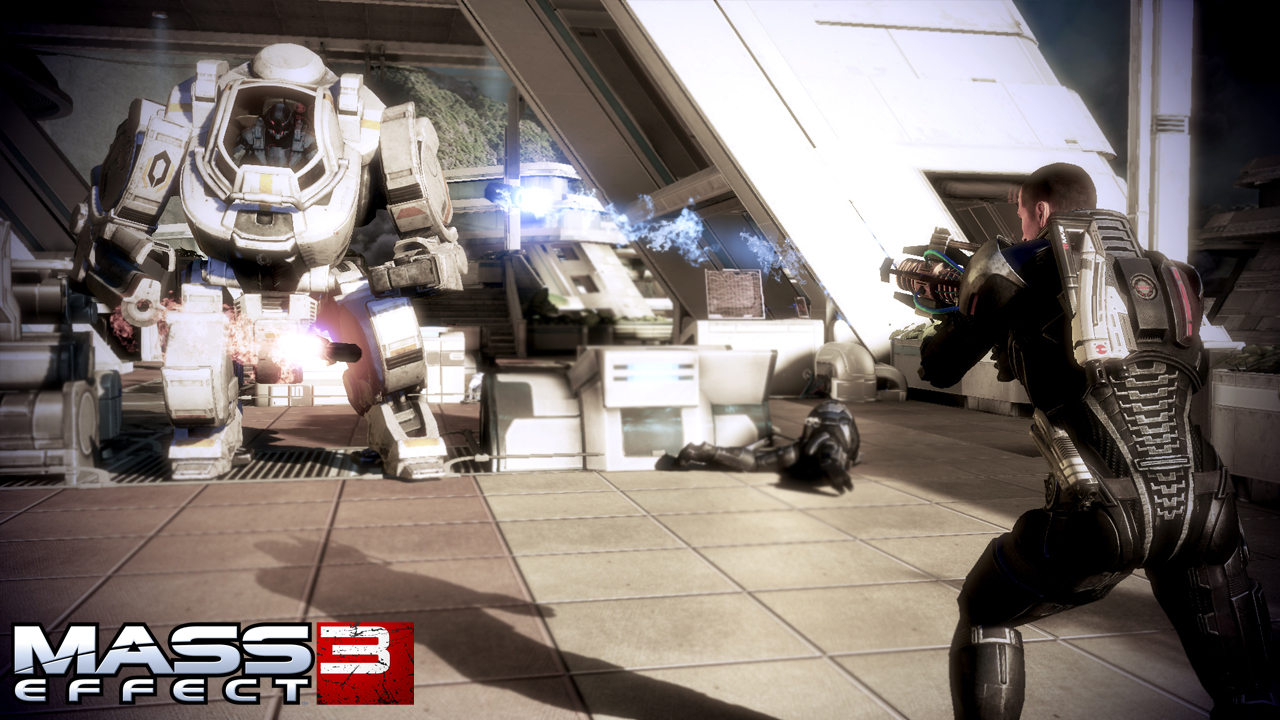 Mass Effect 3 is everything Mass Effect and BioWare fans hoped it to be. It’s epic, it’s touching, it’s personal, it’s thrilling, it’s deep, it’s stylish, it’s flashy… there aren’t enough adjectives in the English language to describe what a marvellous achievement Mass Effect 3 is. It will grab hold of your attention right from the very first minute with its epic and jaw-dropping opening sequence, and won’t let go till the emotional, bitter-sweet and satisfactory endgame. Without a doubt, this is a game one and all should buy.

We have our first major contender for the Game of the Year title.

Excellent storyling; Brilliant ending; Production values and sky-high and some of the cutscenes will blow you away; Choices have a deep and immense impact on the story; Some really well delivered personal moments; Excellent soundtrack; Great characterization; Excellent voice acting; Shooting is intense and smooth; Some really exciting set pieces; Epic in scope and size; Lots of stuff to do; Co-op multiplayer is addictive; RPG elements are adequately deep

Final Verdict:
EDITOR’S CHOICE
Emotional storytelling, intense gameplay, deep and complex characterization and sky-high production values come together to deliver a perfect conclusion to the perfect trilogy.
A copy of this game was provided by Developer/Publisher/Distributor/PR Agency for review purposes. Click here to know more about our Reviews Policy.