Mass Effect Andromeda will be one of the many games that will be supporting Sony’s new enhanced PlayStation 4 Pro- and in these new screenshots, we get to see just what a difference that will make. The screenshots show the game’s PS4 Pro build, coming courtesy industry insider shinobi.

According to shinobi, the game runs as great as it looks. ‘First off the performance is great,’ he said. ‘I’m no Digital Foundry but it seems to hold a steady 30FPS 99% of the time. There was some slowdown during the very first planet I landed on (Habitat 7) because of some effects going on, but quickly went right back up. There were no slowdowns during firefights, biotics, shooting, or anything else like that which is great.’

This is encouraging news- though the question of slowdown arises. If there was some slowdown on a PS4 Pro, what does that bode for performance on standard systems? Hopefully it won’t be anything too bad (nothing that can’t be fixed with a day one patch, hopefully). Mass Effect Andromeda launches on March 21 for PS4, Xbox One, and PC. 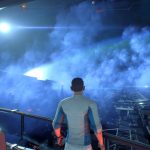 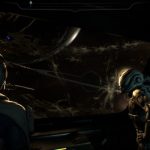 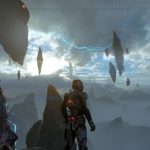 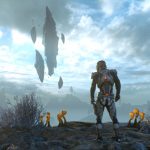