The game places you into a class-based, 4-player co-op fire-team experience.

Posted By Rashid Sayed | On 07th, Nov. 2016 Under News | Follow This Author @GamingBoltTweet

Bioware have finally revealed a brand new cinematic trailer for Mass Effect Andromeda. The footage lasts for less than three minutes and is mostly focused on in-game cutscenes, however there are glimpses of gameplay with a huge boss fight being teased.

You can check out the entire footage below. Furthermore, according to the overview of the game, Mass Effect Andromeda will include four player co-op multiplayer component. “Join the APEX Forces. Multiplayer in Mass Effect Andromeda places you into a class-based, 4-player co-op fire-team experience. Team up with three of your friends to take on the enemy threat and protect the interests of the Andromeda Initiative,” the overview states.

Furthermore, you have to wait if you are looking for actual gameplay footage. Bioware revealed that they will be debuting the gameplay footage during next month’s The Game Awards. And lastly we have some gorgeous in-game screenshots from the game. Check them out below. 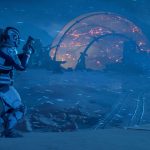 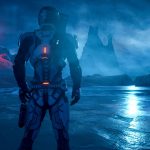 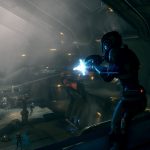 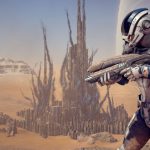