Mass Effect: Andromeda Wiki – Everything you need to know about the game

Everything you need to know about Mass Effect: Andromeda.

Mass Effect: Andromeda is a role-playing science fiction action game that is being developer by Bioware and published by Electronic Arts. The game is officially the fourth in a long running series, though the company has said that most, if not all the characters in this game will be different. It is supposed to be set possibly hundreds of years after the events of Mass Effect 3. After several months of rumors, the game was officially announced at E3 2015 in June and will be released in Q4 2016.

BioWare started rumors back in 2012 that the game was in development. The company’s former executive producer tweeted out, “We’re in early stages of designing a completely new Mass Effect game. What would you want to see in it?” The company officially announced it was working on the game a few months later and reiterated that fact in November of 2013. At E3 2014, the game was briefly teased with some concept art but the game was still in the very early stages. At E3 2015, the company officially rolled out a brand new trailer and announced that the release date was slated for the Holiday season of 2016.

BioWare has said that the game is being developed using DICE’s Frostbite 3 engine, which is the same engine that the firm used in order to build Dragon Age: Inquisition. There has been some talk from the company that they might tweak the engine in order to get better performance. Mass Effect: Andromeda is not being looked at as Mass Effect 4 by the studio because the action will take place so long after the original trilogy wrapped up. When it comes to how the game is being developed, there has been quite a few rumors started by BioWare employees. When it comes to the combat for this game, Chris Wynn has said that it is going to feel quite a bit like Mass Effect 3. “There are some new elements that make it more dynamics, but overall similar feel [to Mass Effect 3].”

A video released in July showed that there are going to be some big jumps in the overall look and feel of Mass Effect: Andromeda compared to the previous games in the series. There had been some talk that the game might be coming to the Wii U but when Chris Wynn was asked flat out whether he thought it was possible for the title to come to the Wii U, he made it clear it wasn’t going to be developed for that platform, even if he didn’t say it outright.

While there had been rumors that co-op multiplayer might not be included in this title, Wynn has made some cryptic comments that it could eventually make a return to the game. Dynamic weather is going to be included in the game as well and the developers have said they’ve watched footage showing how this weather can effect not only the characters but also the landscape and how different missions and assignments are being carried out from one moment to the next.

Bioware has not divulged much information about the story in Mass Effect Andromeda. The story is set to take place in the Andromeda galaxy but because most or all of the characters that appeared in the original trilogy will not make an appearance in this game, the story-line will not be a continuation. 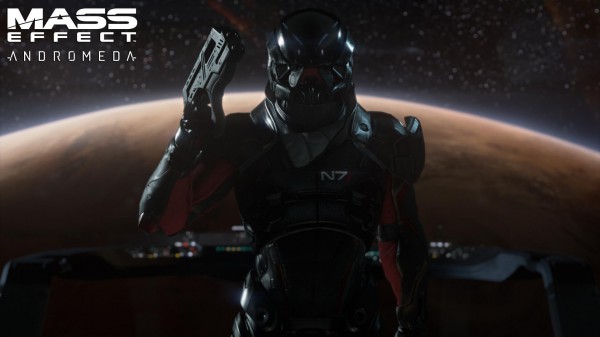 There isn’t a great deal known about the gameplay in Mass Effect: Andromeda other than it will be a third-person action adventure game with role playing elements. The game will apparently have the same kind of relationship features that the first three games in the series offered, including the ability to interact with and bond with “tons” of characters. Players will be able to take on the role of either a man or a woman though what they will need to do once they select a main character has not been divulged. This game will have the same basic Paragon and Renegade system that the previous versions included. This means players will be able to choose whether they want their character to be a by the book hero, or someone a little more dangerous who might even be bordering on evil.

When it comes to multiplayer mode, there is going to be a co-op mode but in the style of “Horde Mode.” While there aren’t a ton of data on this mode, it appears this will be a kind of never-ending assault type mode. The mode is said to have a different approach because people can actually work to accomplish objectives such as defusing a bomb or finding a way to take down enemies in a special way. Players will also get to pilot a new version of the Mako though there isn’t any detail on what kind of missions will be centered around using the vehicle. 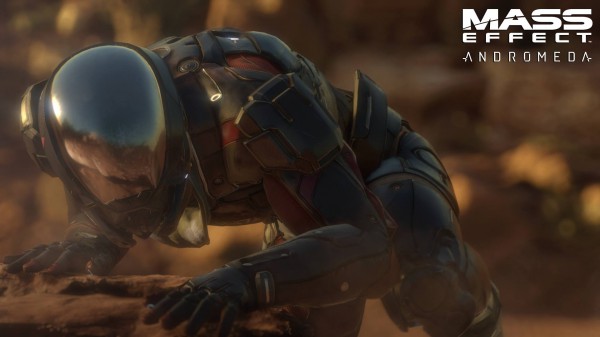 Bioware has not divulged the name or race of any of the characters in Mass Effect: Andromeda. We do know that none of the main characters are going to return for this fourth version. There has been some talk that some of the minor characters from the original trilogy might make a cameo, but Chris Wynn wouldn’t confirm that any familiar faces will be taking a turn in this game. There will be plenty of alien races and the development team has long talked on social media about the surprising amount of work that has gone into adding them into the game. T

he company has been so secretive about who the characters are that they didn’t even show the main character in the announcement trailer. Despite the fact that that the character is sheathed in armor, the company still wouldn’t say who the person from the trailer actually is. With a supposed ton of characters to interact with, players will have a number of NPCs popping up throughout game play.