Commander Shepard is coming back with our favourite series on the Citadel.

One of the greatest gaming trilogies of all time is coming back soon, and it seems BioWare and EA are giving it the respect it deserves. Based on everything that we’ve seen so far, it’s looking like Mass Effect: Legendary Edition is going to remaster and improve the already amazing original trilogy in notable ways (especially the first game). We’ve spoken about plenty of those improvements at length over the last few weeks, but with many new details having recently emerged, ahead of the remastered trilogy’s launch, here, we’re going to talk about a few more key details you should know about. 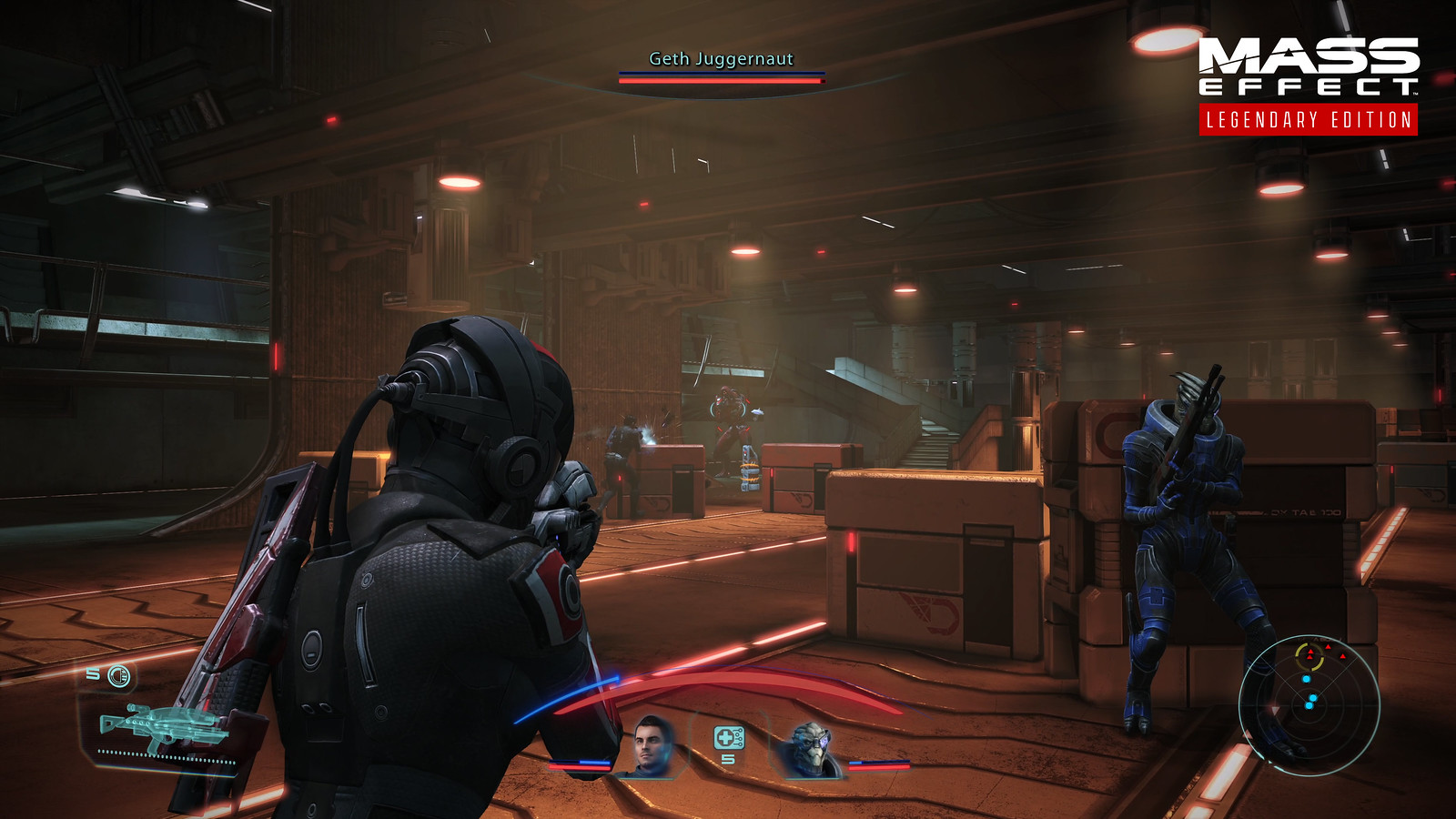 Combat in Mass Effect 1 was quite clunky even when the game launched, but now, it feels horribly aged. While Mass Effect 2 and 3 were straight up cover shooters as far as combat was concerned, the first game relied on traditional RPG mechanics, leading to randomness and that aforementioned feeling of clunkyness. Though Legendary Edition isn’t going to turn its RPG combat into shooter combat, it will be tweaking some things to make it feel snappier. The most crucial of these tweaks has been made to reticle bloom and weapon sway across every weapon in ME1, which will make weapons feel much more accurate. Meanwhile, aiming down sights will also be much more accurate and will have a more zoomed in perspective, bringing it closer to ADS in Mass Effect 2 and 3. 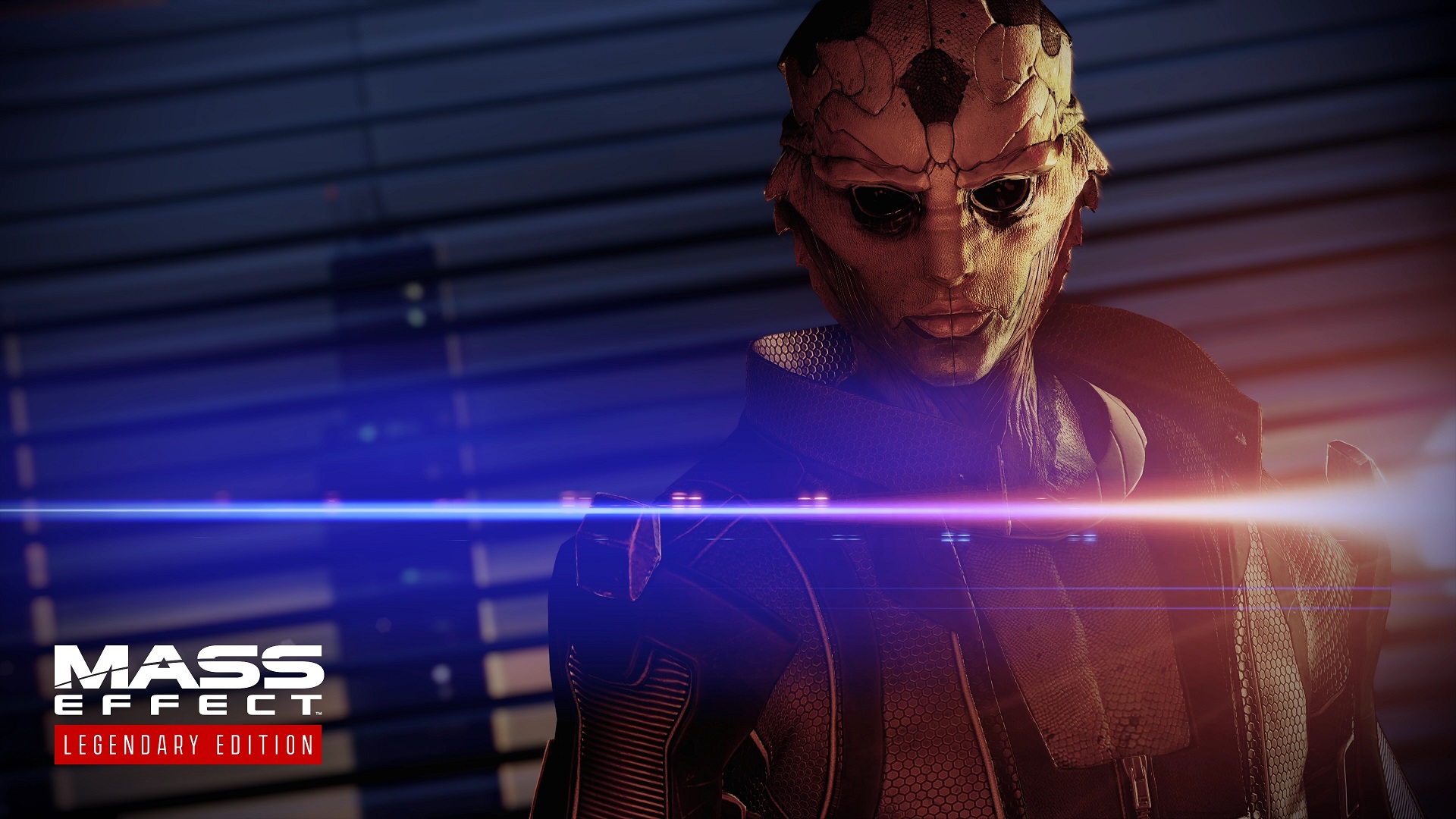 Abilities are just as important as traditional firepower in Mass Effect, and those have been rebalanced as well in Legendary Edition, especially in the first game. According to BioWare, multiple abilities have been tweaked, and the one notable example we have of that so far is for the Immunity ability. While in the original game it would give you a slight defensive buff that would last indefinitely, now, it will give you a much larger buff, but it will only last for a brief period of time. 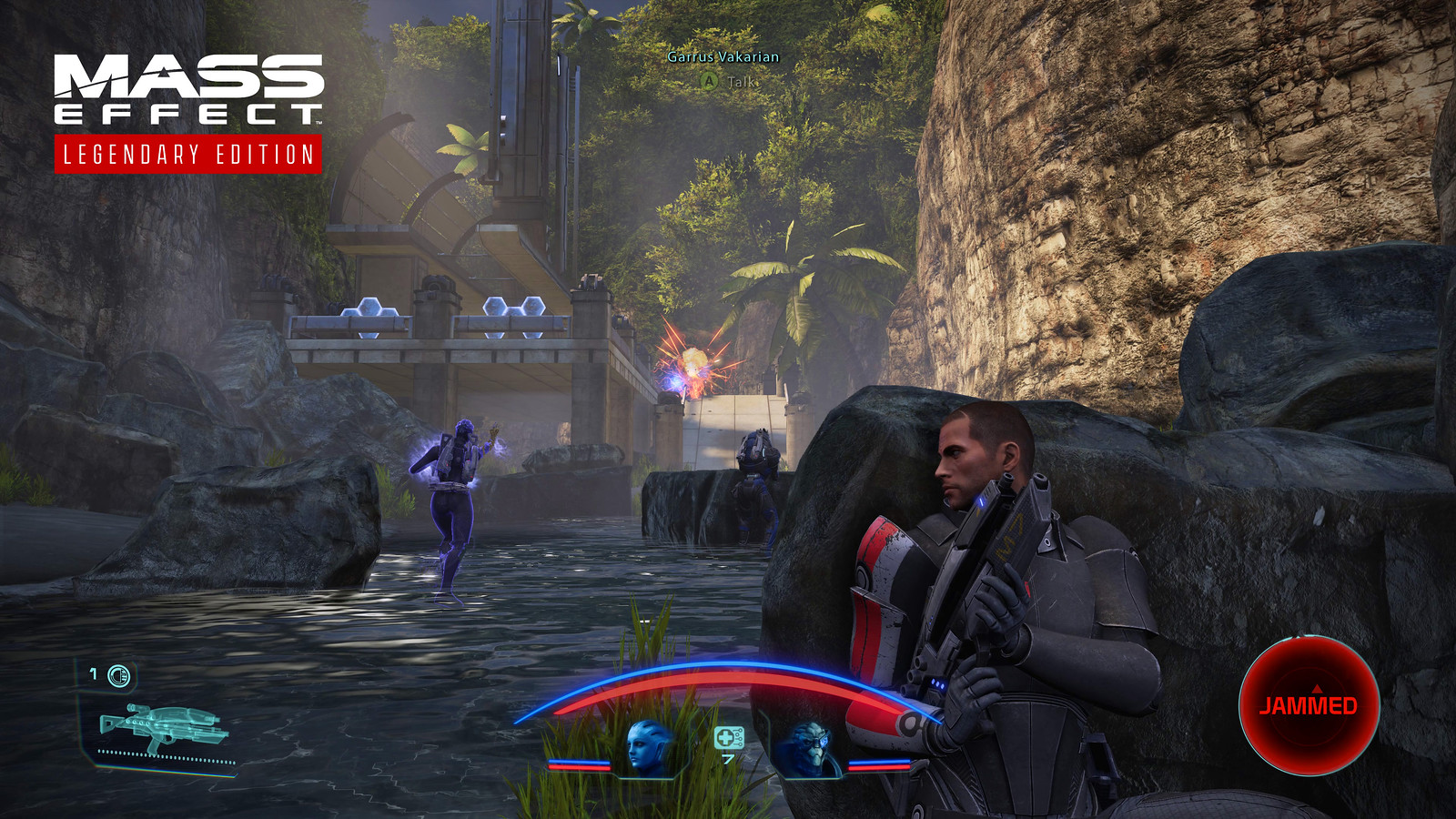 Another aspect of combat that has seen some tweaking and rebalancing is the cover mechanics- which makes sense, given how crucial those are in Mass Effect’s combat. Across the entire trilogy, entering and exiting cover is now going to be more responsive and reliable. Though BioWare haven’t specified this, we’re assuming (or hoping, at least) that Mass Effect 1 in particular will have seen notable improvements in this area, since taking cover wasn’t always as snappy in the original game as it was in its sequel.

Plenty of other smaller yet significant changes have also been made to make combat a much more balanced experience in Mass Effect 1. This includes being able to sprint out of combat, enemies now taking headshot damage when applicable, better balancing for medi-gel usage, melee attacks having their own dedicated button like in ME2 and 3, increased drop rate for ammo in Mass Effect 2, and more. Notably, all classes can now also use any weapon in the game without penalties- though specializations will still be class-specific.

We’re not done though. There’s other improvements to speak of as well. Unlike the original Mass Effect 1, where ammo drops would stop at higher levels, in Legendary Edition, they will now drop throughout the whole game, and can also be purchased from vendors. Inventory management has also been improved. Items can now be marked as junk, and junk items can all be sold to vendors or turned into omni-gel at the same time, rather than you having to go through them one-by-one. The inventory now also has a sorting feature. 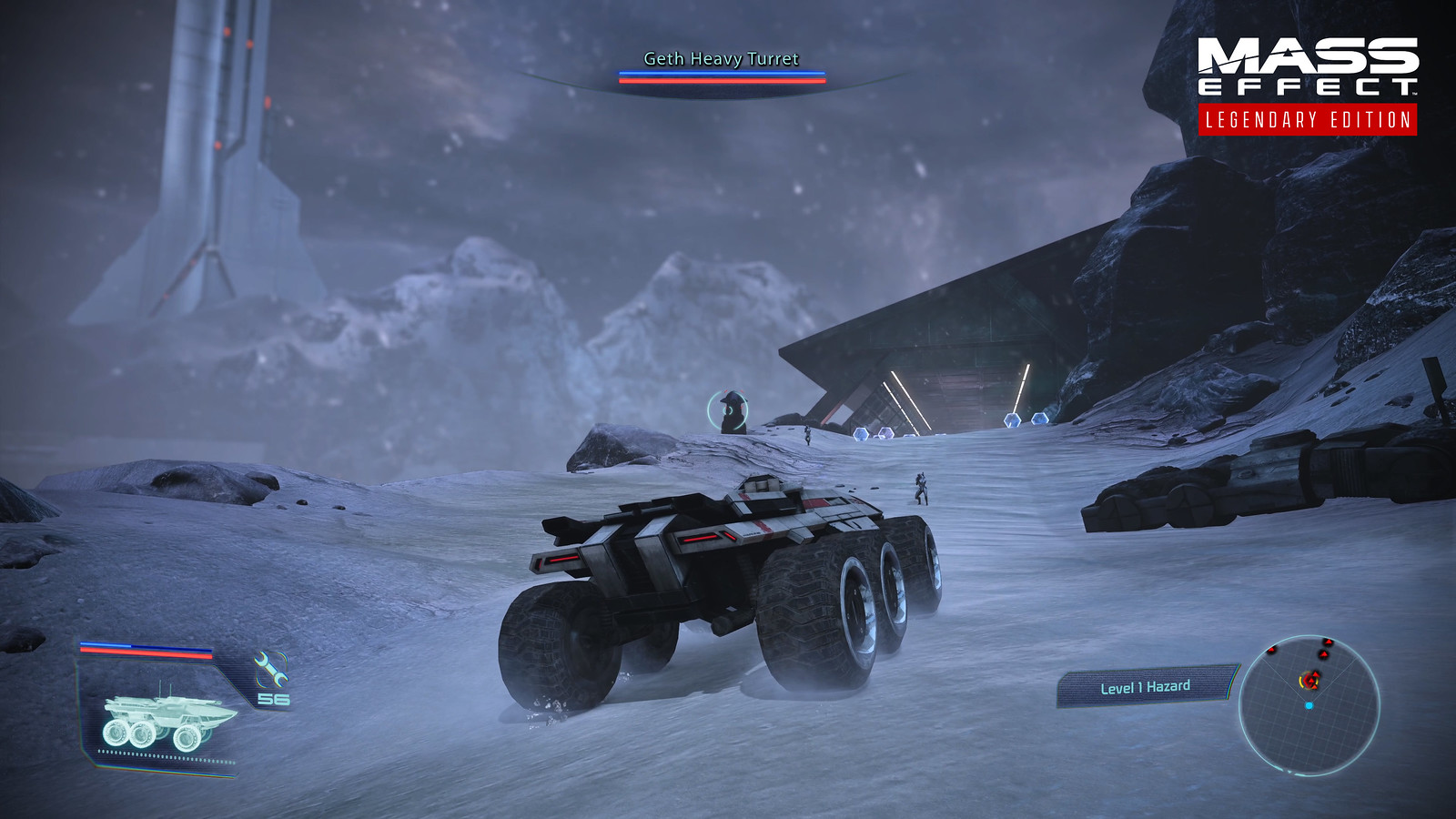 Mass Effect 1’s jank and clunkyness wasn’t just restricted to its combat- it was pervasive in the Mako sections as well. In fact, it was much more prevalent in the Mako sections. The Legendary Edition version of the game is looking to make improvements here as well. Its physics have been improved to make it heavier, so that it will drift and slide less and feel less floaty, making for improved handling. Other smaller changes have also been made, which fans of the original game will really appreciate- touching lava while driving the Mako will do damage to your health rather than instantly giving you a game over screen, fights against Thresher Maws will have attacks that will be visually telegraphed so that there will be no more random and abrupt deaths, camera controls have been improved, and the shields also recharge much faster. Additionally, the Mako no longer has an XP penalty either. 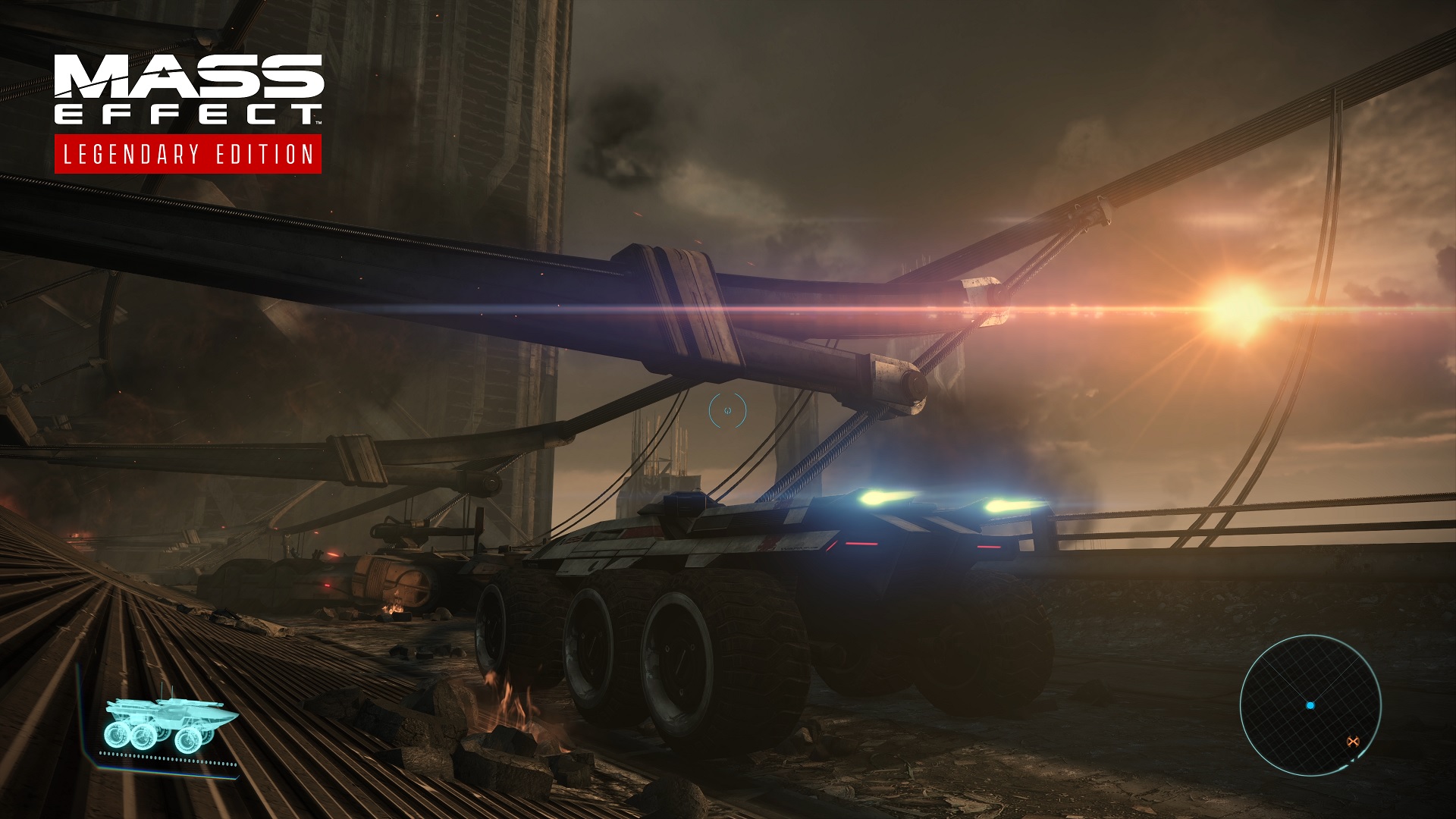 The biggest change that’s being made to the Mako – other than the improved handling – is a new boost functionality. In Legendary Edition, the Mako will have thrusters on its rear, which will allow you to use a boost for sudden bursts of speed, which should be pretty handy not just for navigation and getting around cliffs, but also in combat scenarios. Meanwhile, BioWare have also confirmed that they’ve improved the camera control in the Mako sections- here’s hoping it won’t be out of control while using the boost functionality.

Mass Effect: Legendary Edition is, of course, not a remake, but it’s also not just a simple remaster. All of the visual upgrades, improvements to art and environments, and gameplay tweaks and updates make that abundantly clear, but BioWare have also taken this opportunity to improve the trilogy’s design where necessary as well. Throughout the entire trilogy, for instance, BioWare have placed additional places where you can take cover in various combat encounters. Meanwhile, some boss fights and enemies in Mass Effect 1 have also been nerfed to make those fights fairer and less frustrating. In the boss fight against Matriarch Benezia, for instance, the arena is now larger to make it feel less cramped, while there are quite a few places to take cover as well. 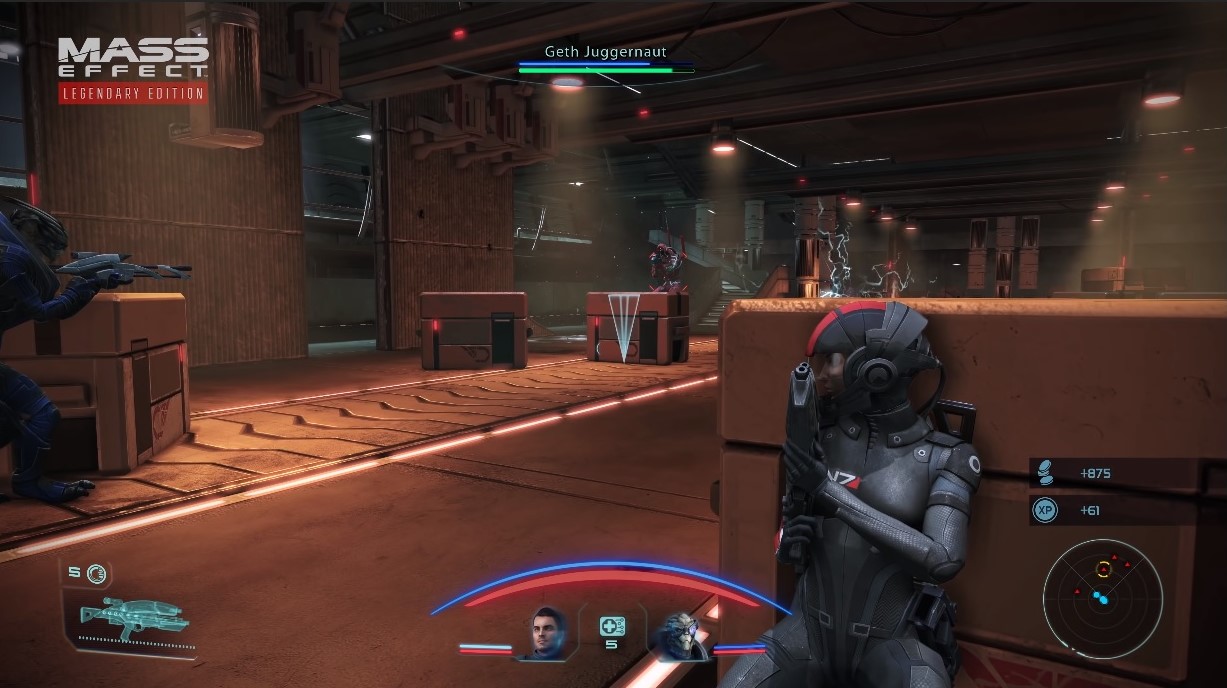 Commanding squadmates in the midst of combat was quite limited in Mass Effect 1. The mechanic was still in there, but unlike in Mass Effect 2 and 3, you couldn’t command them individually. Legendary Edition, however, is all about delivering a more cohesive, consistent, and unified experience. As such, the remastered Mass Effect 1 will now allow you to command both your combat buddies independently of each other, giving you greater tactical control over the situation. 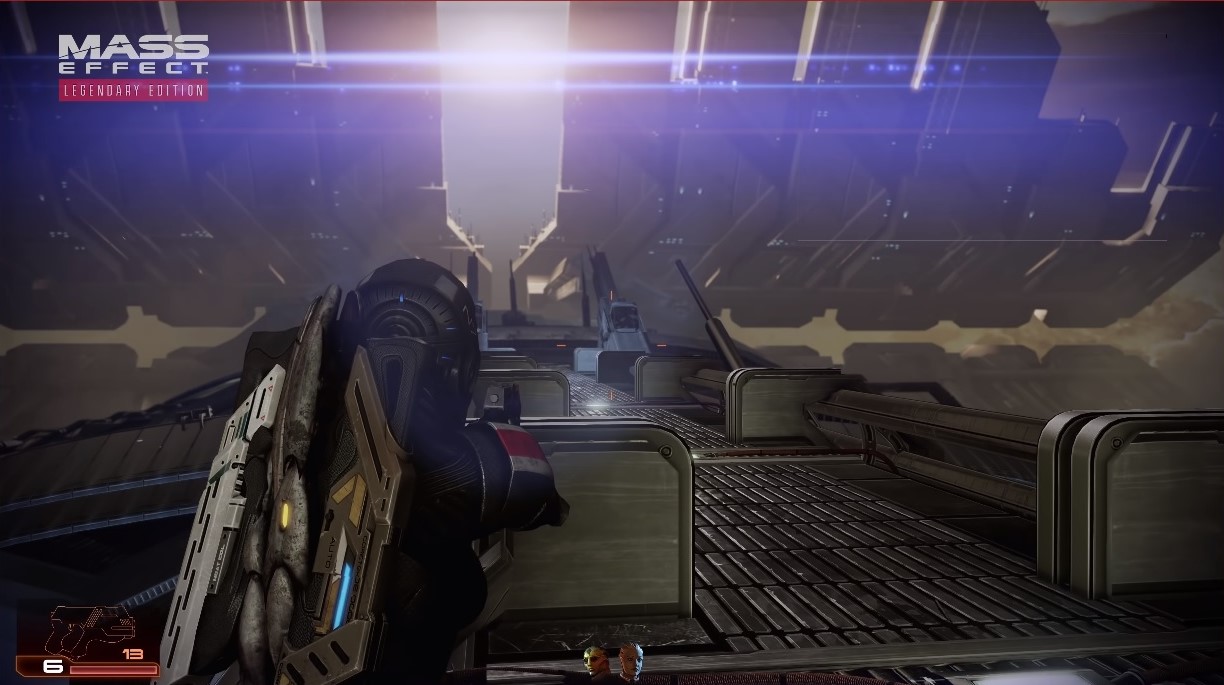 XP rebalancing is one of the most significant tweaks BioWare is making to Mass Effect 1 in Legendary Edition. There is no level cap in the game on your first playthrough anymore. Meanwhile, XP rewards have also been increased, which means you will be able to get to much higher levels by the time you’ve ended the game than you could in the original Mass Effect 1, which pretty much made repeat playthroughs a necessity. Of course, that will depend on whether or not you’re just sticking to the main story. 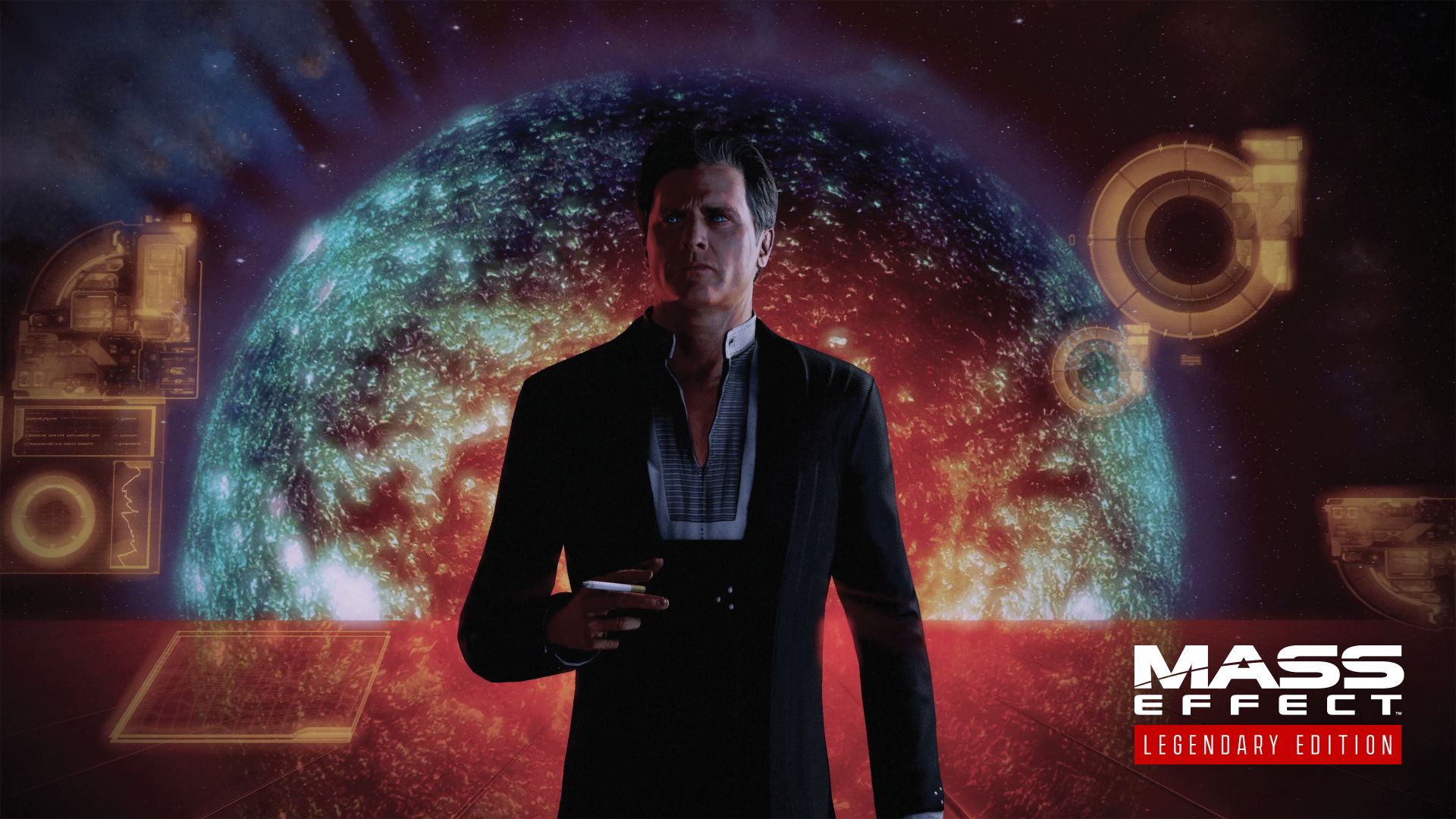 Mass Effect 3’s co-op multiplayer mode is not part of the package in Legendary Edition, and given how much of an impact that had on your Galactic Readiness rating in the original game, it’s no surprise that that system has been reworked as well. Now, the decisions you make and the activities you do throughout the entire trilogy will affect your Galactic Readiness rating, which, in turn, affects what ending you get. Playing through the entire trilogy and undertaking all the crucial quests will result in a good rating, for instance, while if you’re only playing Mass Effect 3, you’ll need to do just about every activity available in the game to receive a decent ending. 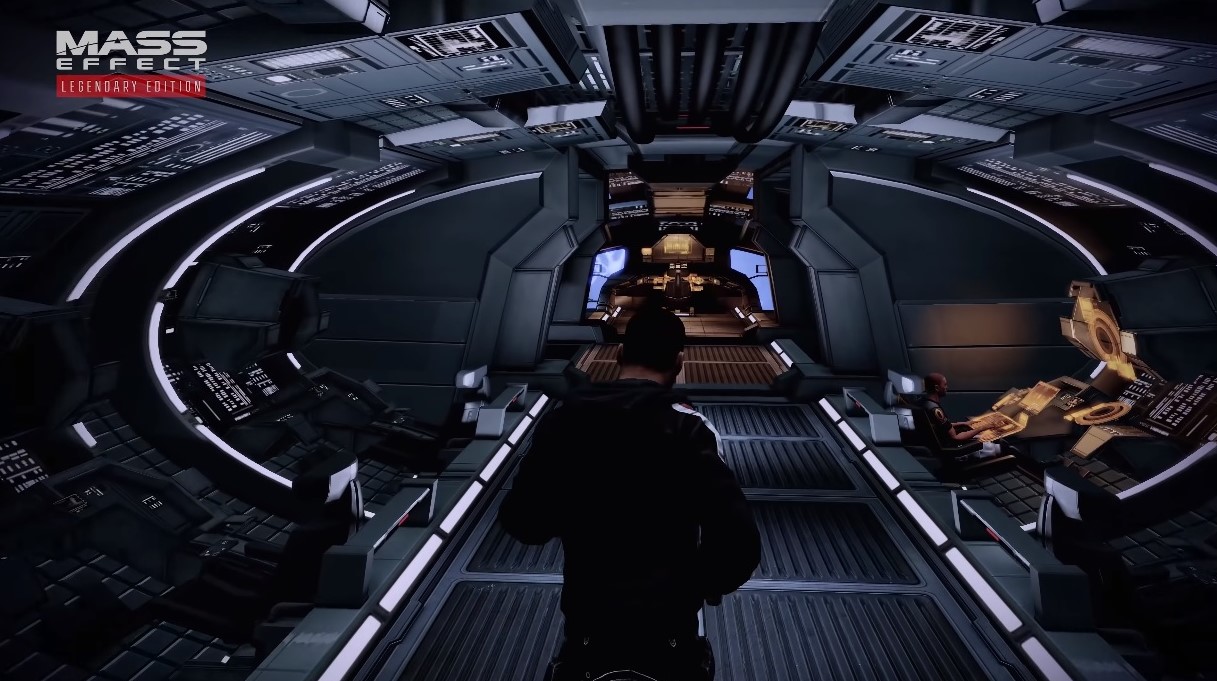 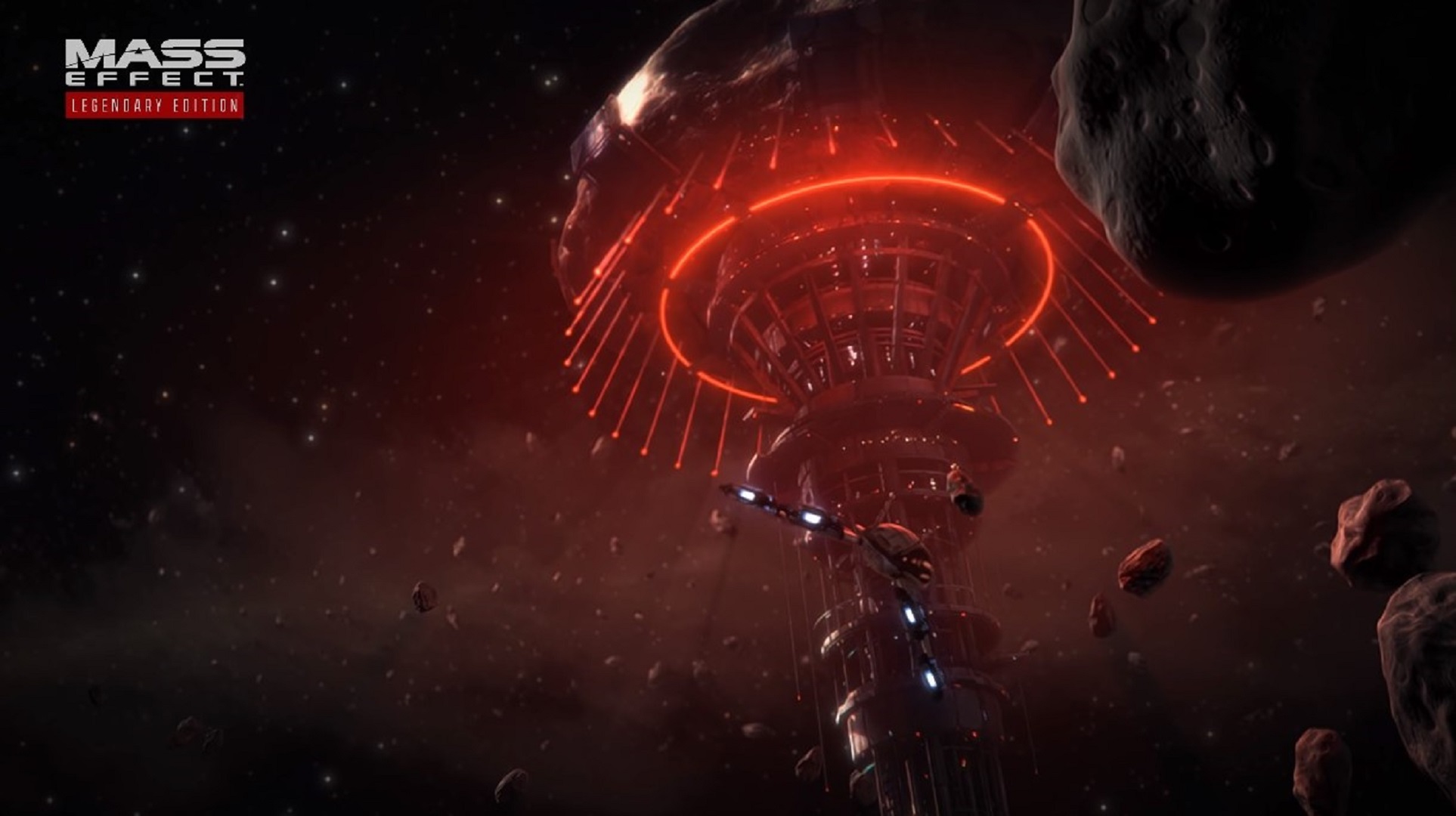 Trophies and Achievements have also been updated in Mass Effect: Legendary Edition. There are, of course, a few new ones, while descriptions and names of a few existing ones have also been updated. On top of that, other notable changes have been made as well. Some, for instance, will track your progress throughout the entire trilogy rather than in a single game (such as killing a certain number of enemies). This unification of Trophies and Achievements also means that individual ones from each game that have now been made redundant have been removed. 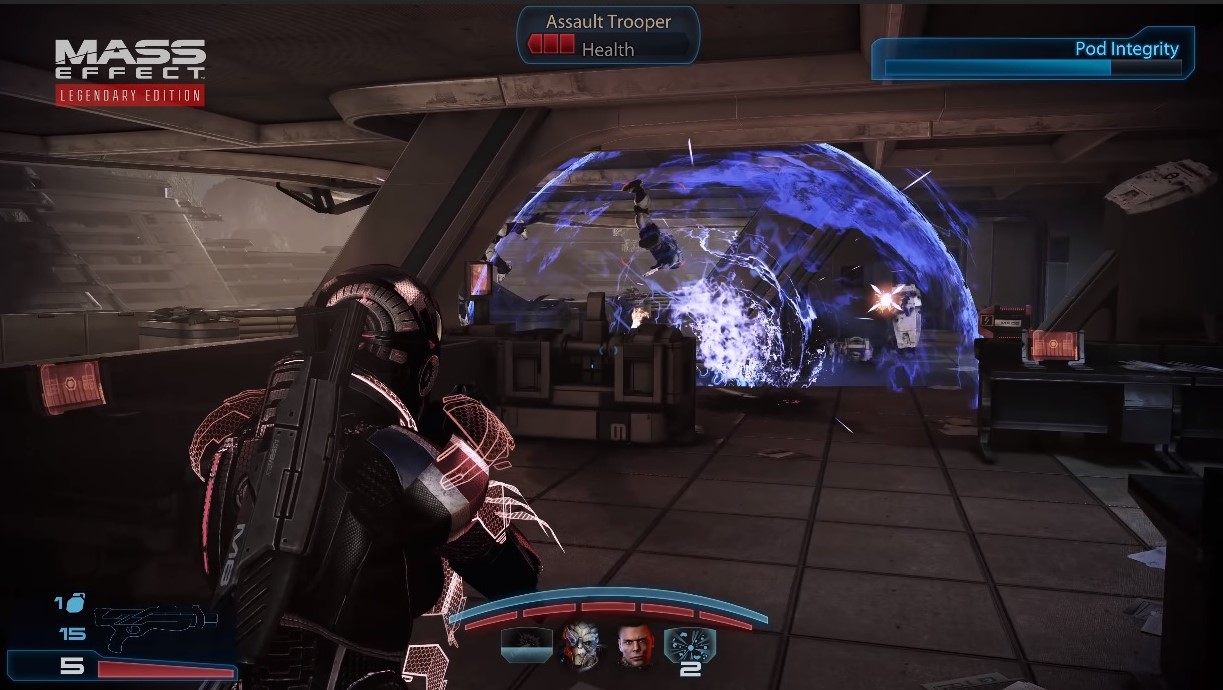 NO SWITCH VERSION PLANNED… YET 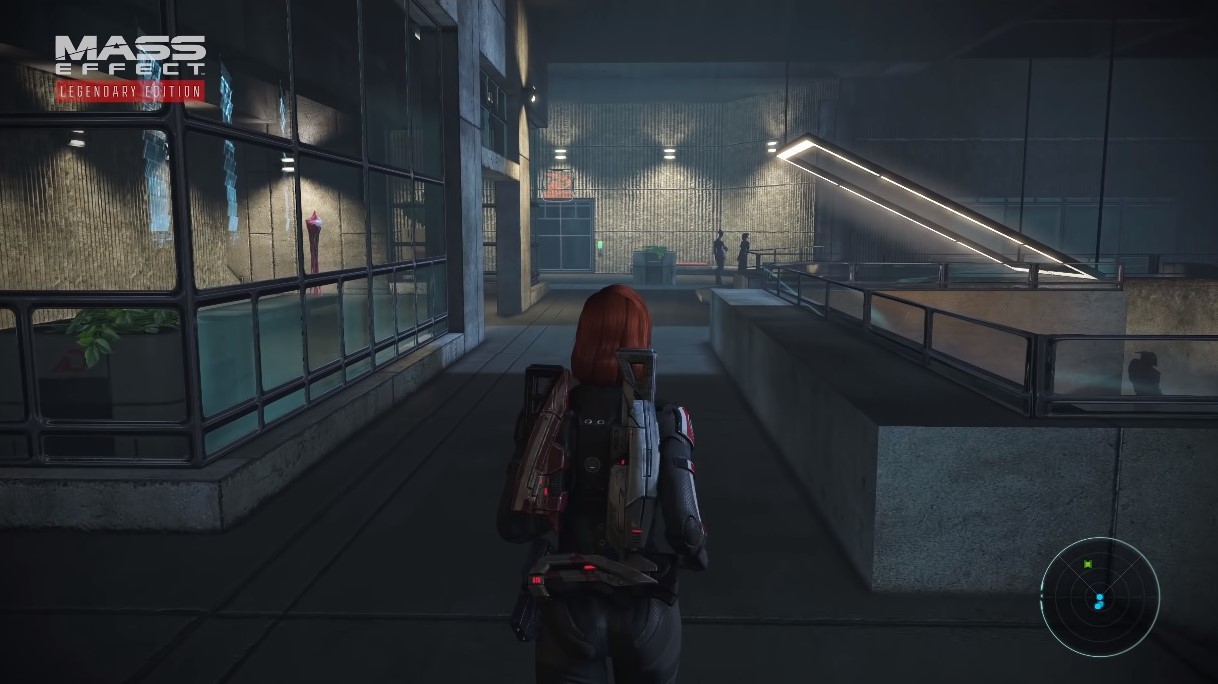 EA’s support for the Nintendo Switch has improved a little bit of late, but the bar was pretty low to begin with. All things considered, their support for the Switch is still pretty disappointment, and that disappointment is continuing with Mass Effect: Legendary Edition. BioWare currently has no plans to bring the remastered trilogy to Nintendo’s hybrid- but they have left the door somewhat open for a Switch version down the line. Project director Mac Walters said in an interview with Eurogamer, “Personally, I’d love it. But ultimately, I think we had a path set and it was like, let’s finish that, then let’s see sort of where we’re at.”