Torus Games' David McIntosh and Kalypso Media's Marco Pacifico speak with GamingBolt about the newest tennis game on the block.

Unlike some other sports, Tennis fans haven’t had access to many genuinely good well-made simulation games in recent years, so when one comes along and promises that experience, it’s hard not to get excited. Developer Torus Games’ Matchpoint: Tennis Championships is out now, promising a solid experience on the court across single payer and multiplayer components, and curious as we were about the game and its ins and outs, we recently reached out to the folks behind it with a few of our questions about what to expect from the game. Below, you can read our interview with David McIntosh, game designer Torus Games, and Marco Pacifico, head of producing at publisher Kalypso Media. 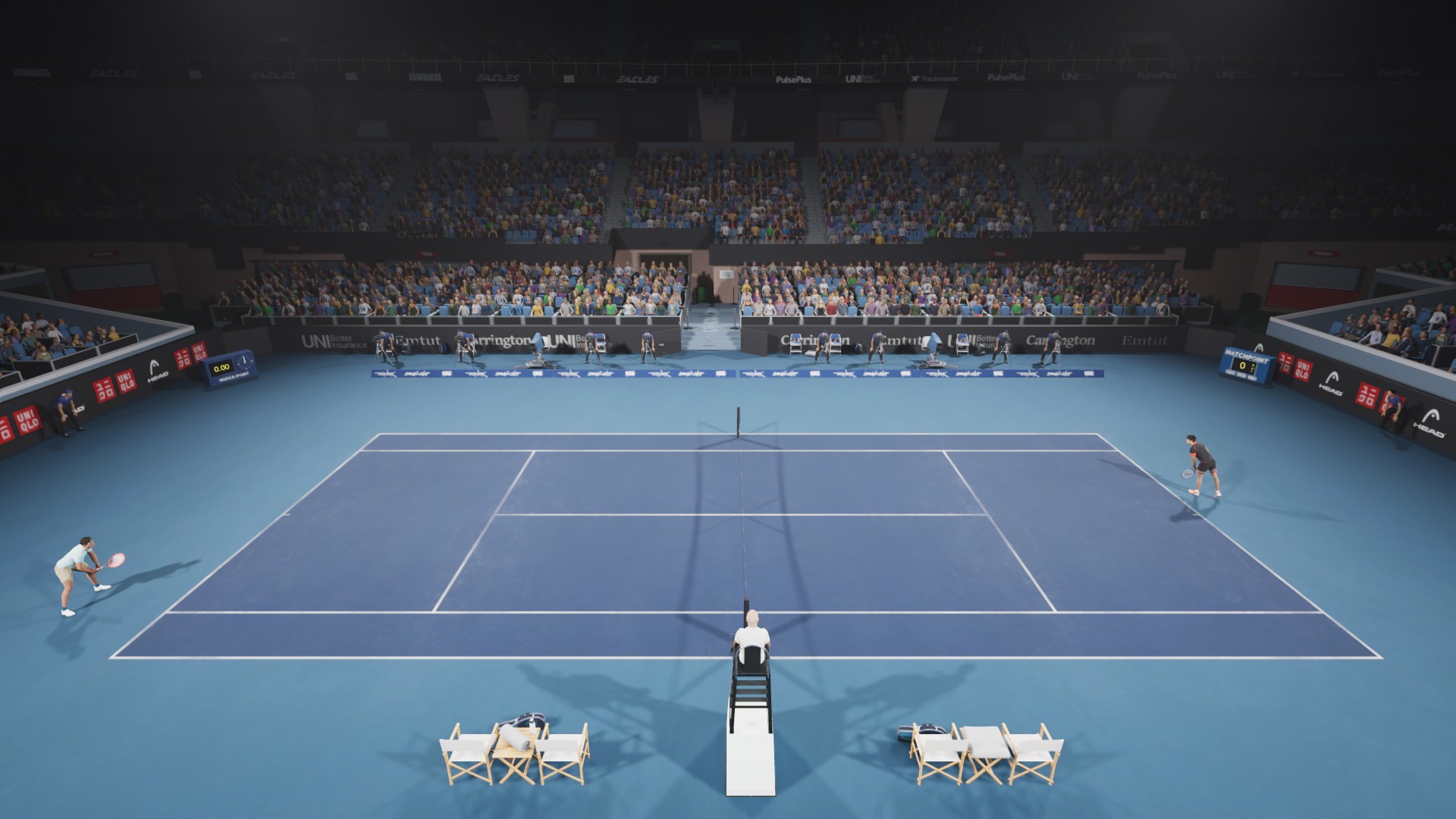 "There are a lot of miniscule movements that tennis players make that are imperceptible in full speed but are integral to their performance. With the use of the Xsens mocap suit, we suited up real pro tennis players in our quest for accurate motion capture."

What can you tell us about Matchpoint: Tennis Championships’ career mode? How is it structured, and what does its overall progression work like?

In Career Mode players will face the challenge in climbing from a low ranked player all the way to World #1. Start by creating your character and customising their features and outfit, then commence your training to improve your skills and unlock a series of coaches, rackets, and shoes to boost your performance. Tactical decision making is integral to your success as your choice of coach will ascertain which of your player’s strengths improve. Across your career, players can compete in 65 tournaments across 6 continents, against 500 opponents, all with unique combinations of strengths and weaknesses – including the superstars that are waiting for you near the top.

How extensive will the game’s character creation and customization options be?

The character customisation in Matchpoint – Tennis Championships is broad and allows players extensive choice in changing their look, fashion and playstyle. Select your outfits from a vast array of apparel and unlock special equipment by winning competitive matches.

I imagine getting the balance right for different techniques and styles is as tricky to pull off as it is crucial. What was that process like, especially for a game that’s putting so much emphasis on authenticity and realism?

During the early stages of development research, we watched a lot of tennis in slow motion and studied the sport in as much depth as possible. There are a lot of miniscule movements that tennis players make that are imperceptible in full speed but are integral to their performance. With the use of the Xsens mocap suit, we suited up real pro tennis players in our quest for accurate motion capture. In doing this, we then approached gameplay movement from the perspective that professional tennis players never stop and are in a constantly moving state out on the court. This influenced the recreation of small movements such as shuffle and split-steps to increase in-game realism. We also wanted to replicate the real-life complexities in moment-to-moment tactics and shot selection. Our game encourages players to be creative in their decision making. Tactical shot and power selection can all make the difference between winning and losing – just like in a real game. 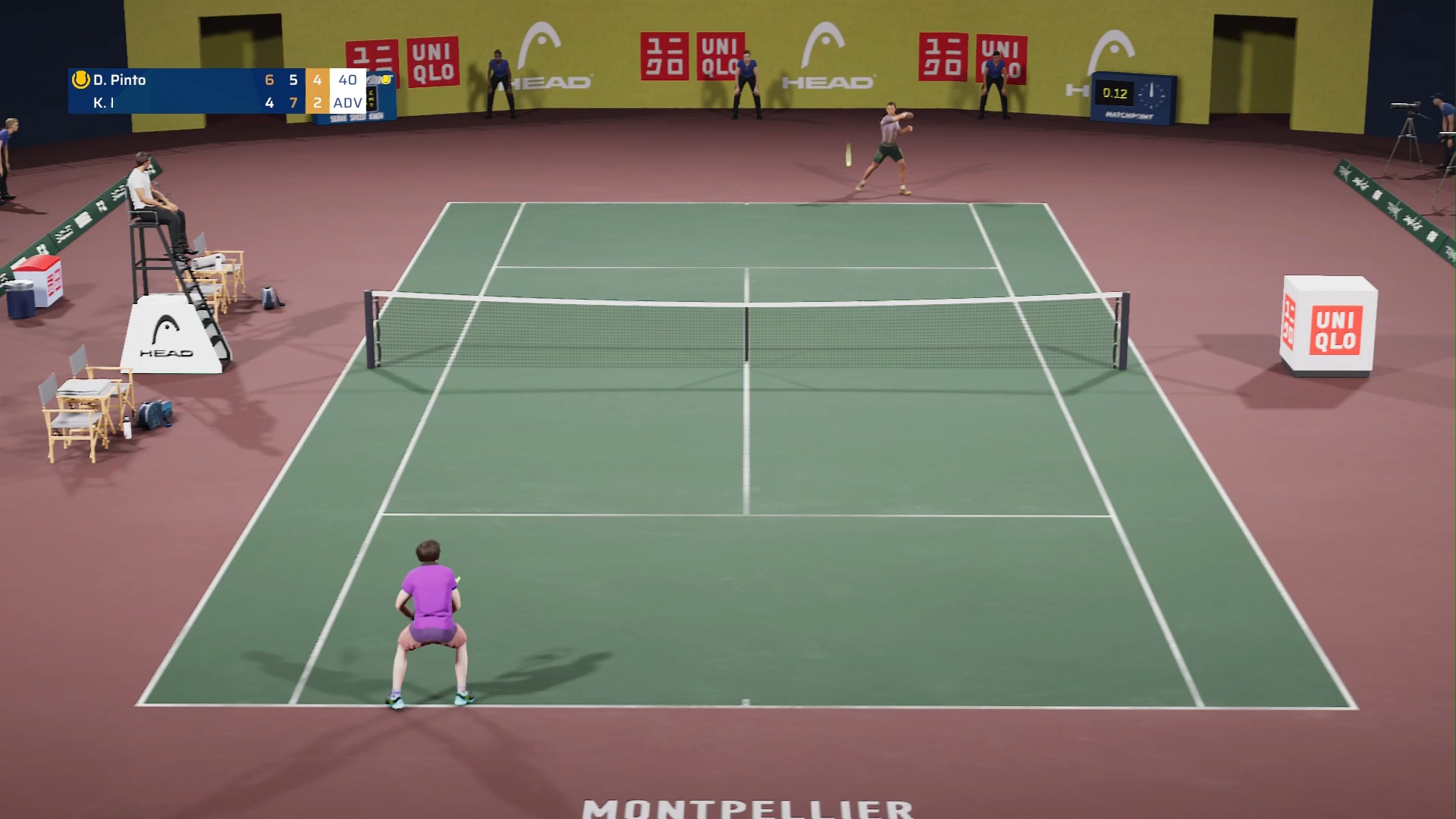 "Multiplayer mode is easily one of our favourite parts of the game! 1 vs. 1 tennis is always going to be a lot of fun and playing against another human is the greatest test of strategy for even the most confident of players; it really forces you to be more creative when trying to overcome different strategies."

What steps have you taken to ensure that Matchpoint: Tennis Championships offers compelling, balanced competitive gameplay in online and multiplayer modes?

Multiplayer mode is easily one of our favourite parts of the game! 1 vs. 1 tennis is always going to be a lot of fun and playing against another human is the greatest test of strategy for even the most confident of players; it really forces you to be more creative when trying to overcome different strategies. In terms of balanced multiplayer gameplay, Matchpoint features a ranked multiplayer that uses the ELO ranking system in matchmaking. Whether it’s a local or online match – in our fully cross-platform online multiplayer – we think multiplayer mode is a feature that will really keep players coming back again and again.

Do you have any post-launch plans for the game right now in terms of additional content or modes?

We do have post-launch plans that we will soon share with the community. As for now our focus is to support our players on release to make sure they enjoy Matchpoint as much as we enjoyed working on it.

Tennis fans haven’t had access to a great many well-made sims in recent years- why do you think that is? How do you hope to change that with Matchpoint: Tennis Championships?

Tricky to say! With the lasting popularity of titles including Top Spin 4 and Virtua Tennis, it is a tough act to follow. As huge tennis fans ourselves, we knew we wanted the game to have a deep focus on rally tactics, so we spent a lot of time studying real tennis players on court to implement true-to-life gameplay features that you’d find in a real match. Mostly, however, we wanted the game to be a lot of fun and we hope we have achieved this! 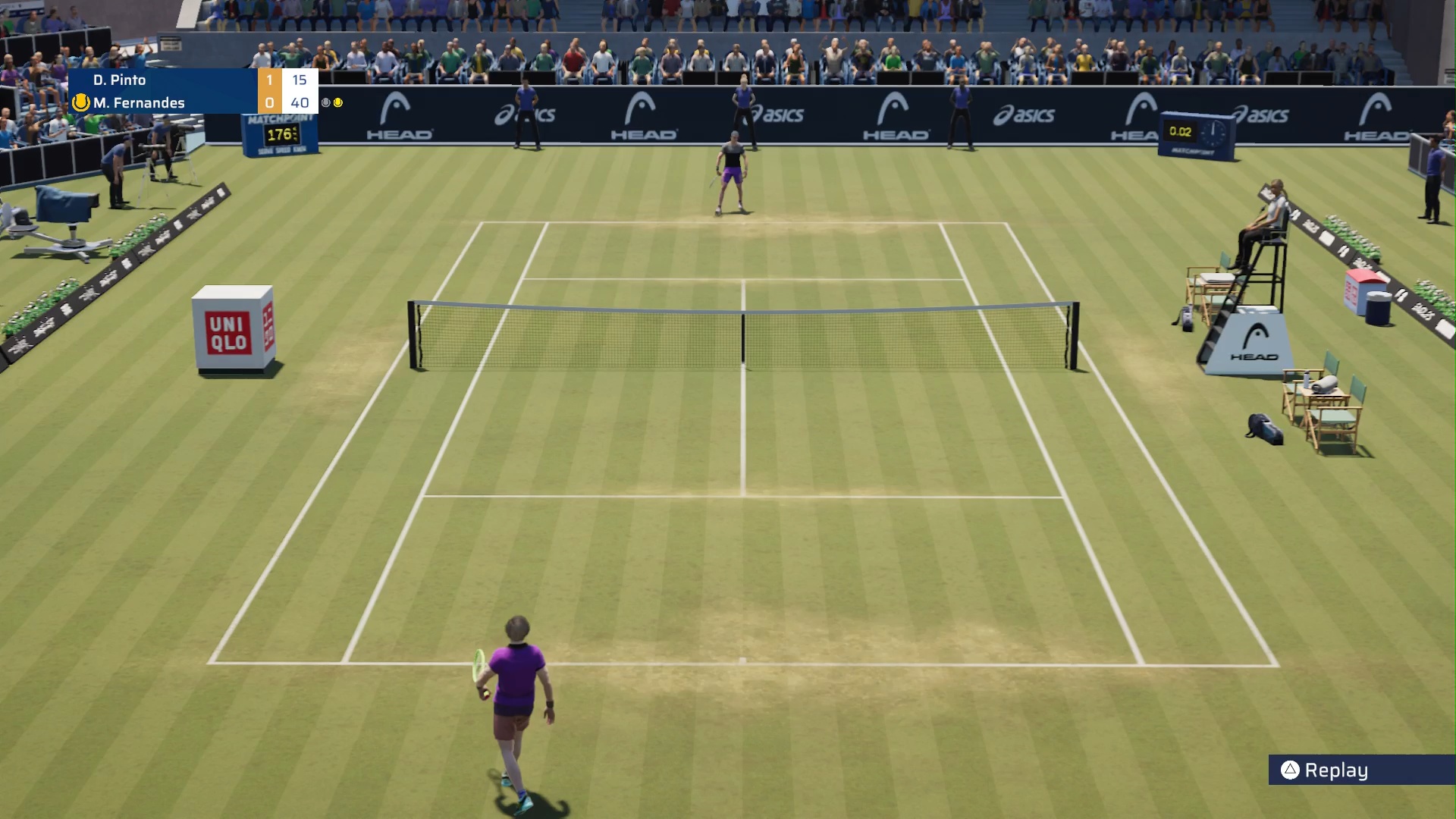 "We wanted the game to be a lot of fun and we hope we have achieved this!"

Matchpoint has been thoroughly tested on the Steam Deck and we’re quite satisfied with the results. At the moment we are not planning further optimization, but we’re not excluding additional support for the upcoming patches and updates.

What frame rate and resolution does the game on PS5 and Xbox Series X?