May's games give you a little bit of everything. 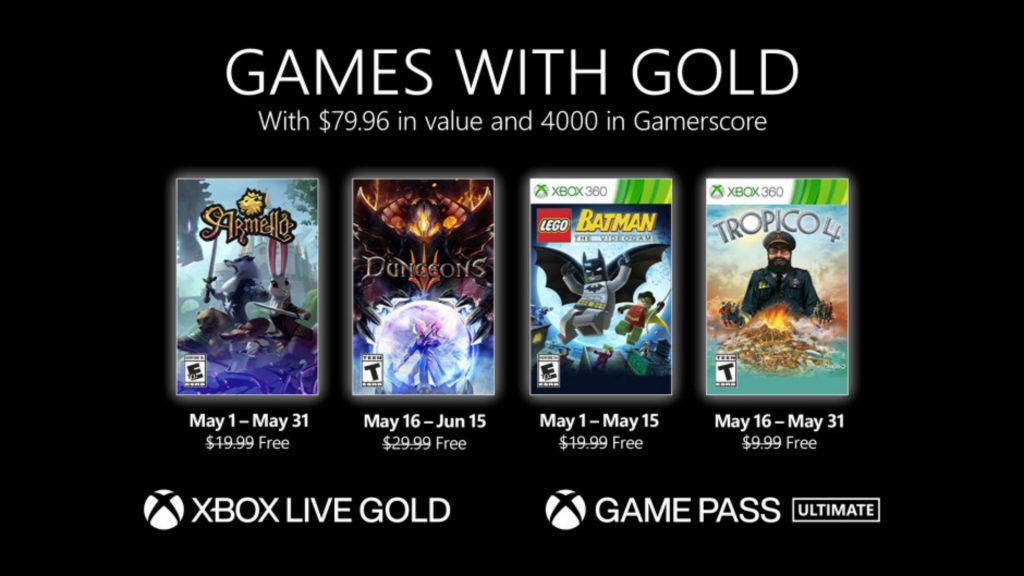 Microsoft has announced the free games Xbox Live Gold subscribers can acquire next month as a part of their Games With Gold Program today.

Users will be able to download Armello throughout the month of May. This dark fairy tale game combines the tactics of a card game with the strategy of a tabletop game to create a rich RPG with a focus on character building. From May 16th to June 15th, members can pick up Dungeons 3, a dungeon building RTS in which players command the forces of evil as they attempt to conquer the overworld.

From May 1st to May 15th, players on Xbox 360, Xbox One, and the Xbox Series console can grab the original Lego Batman and play as Gotham’s greatest heroes and villains. From May 16th to May 31st, Gold players can grab Tropico 4 and rule over a small island nation. All told, this month’s games have a value of $79.96 ESRP and offer 4,000 gamerscore to collect.

If you haven’t picked up all of April’s games, you still have time. You can still pick up Truck Racing Championship and the excellent Contra: Hard Corps. As a reminder, Xbox Live Gold is included with Game Pass Ultimate.

You can check out a video describing this month’s Games With Gold titles below, courtesy of Microsoft.