Check out the newest screens released to see Frostbite 2 in action.

According to EA, DICE’s gaming engine: Frostbite 2 is the best one out there for first person shooters.

The official EA site boasted how beautiful Medal of Honor Warfighter looks.  “Warfighter is set to deliver an awesome experience as the striking visuals and exciting audio plunge you right into the boots of a Tier 1 Operator. With the Frostbite 2 engine bringing extensive visual detail along with elaborate sound effects, you should be in for the most authentic action and fleshed out scenery, all within real locations from around the world”, the site states.

It’s hard to argue with Electronic Arts because the game does actually look drop dead gorgeous. Many other examples that compare to the upcoming Medal of Honor: Warfighter come to mind, but the amount of detail is still ridiculous. Gander at the screens and see if you agree.

The game is out in a few days for the PlayStation 3, Xbox 360 and PC.  Stay tuned for our full review. 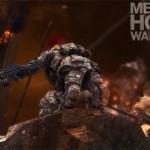 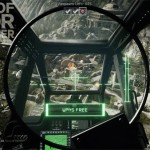