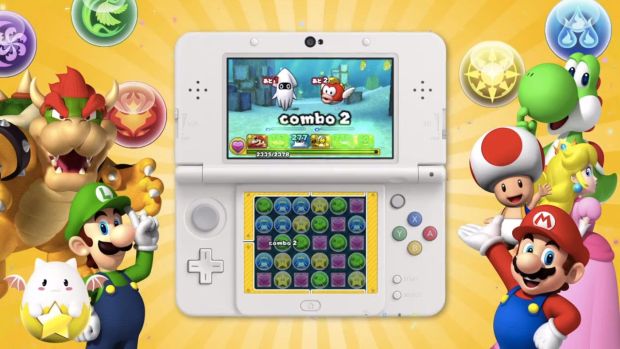 This week’s Media Create sales charts are in, covering sales for software and hardware in Japan during Golden Week, and GungHo Online Entertainment’s Puzzle & Dragons: Super Mario Bros. Edition is still the number one selling title. It sold 38,914 units this past week with 218,839 units sold since the game’s release two weeks ago.

Interestingly enough, Monolith Soft’s Xenoblade Chronicles X – which has been hyped significantly in the past few months – has sold 11,689 units this past week. Lifetime sales are currently at 97,275 units. It’s not awful but this epic JPRG still has a ways to go. There were no new entrants for the past week, and the top ten was dominated primarily by 3DS and Wii U titles.

Meanwhile, the New Nintendo 3DS XL sold 17,875 units this week compared to the PlayStation Vita which sold 17,273 units. The New 3DS XL is significantly higher on the totem pole this week, considering the PS Vita outsold it last week.