An ode to Mega Man Zero.

After a few years during which it seemed like Mega Man might be done for good, Capcom has finally started to pay attention to their mascot blue bomber again over the last few years. While we are nowhere close to getting the sheer staggering variety and volume of Mega Man releases we used to in the franchise’s heyday, at the very least Capcom has been repackaging that volume and variety for modern consoles. We’ve already received the Mega Man Legacy Collection and the Mega Man X Legacy Collection, and the newest bunch of games to get that treatment is the Mega Man Zero/ZX Legacy Collection.

There are many long time fans who swear by the Mega Man Zero games. These titles, which are off-shoots of Mega Man X (which itself was an off-shoot of classic Mega Man), are renowned for their tough as nails difficulty, and their darker take on Mega Man mythos, featuring heavy storytelling and world building, taking off some of the Saturday morning cartoon veneer that has pervaded the franchise since its inception, and taking the plot to dark places. Make no mistake, it’s still a kid friendly series, of course – but it gets surprisingly mature a lot of times.

That storytelling aside, the Mega Man Zero and ZX games are marked by their almost character-action style emphasis on style and finesse, as well as their ambition in terms of level design, with some of the later games in the series even trying their hand at Metroidvania design (I say trying, because they weren’t too successful at that). That apart, all the hallmarks of the series – such as the iconic boss battles – are here, viewed through the lense of the extremely agile and capable Zero. 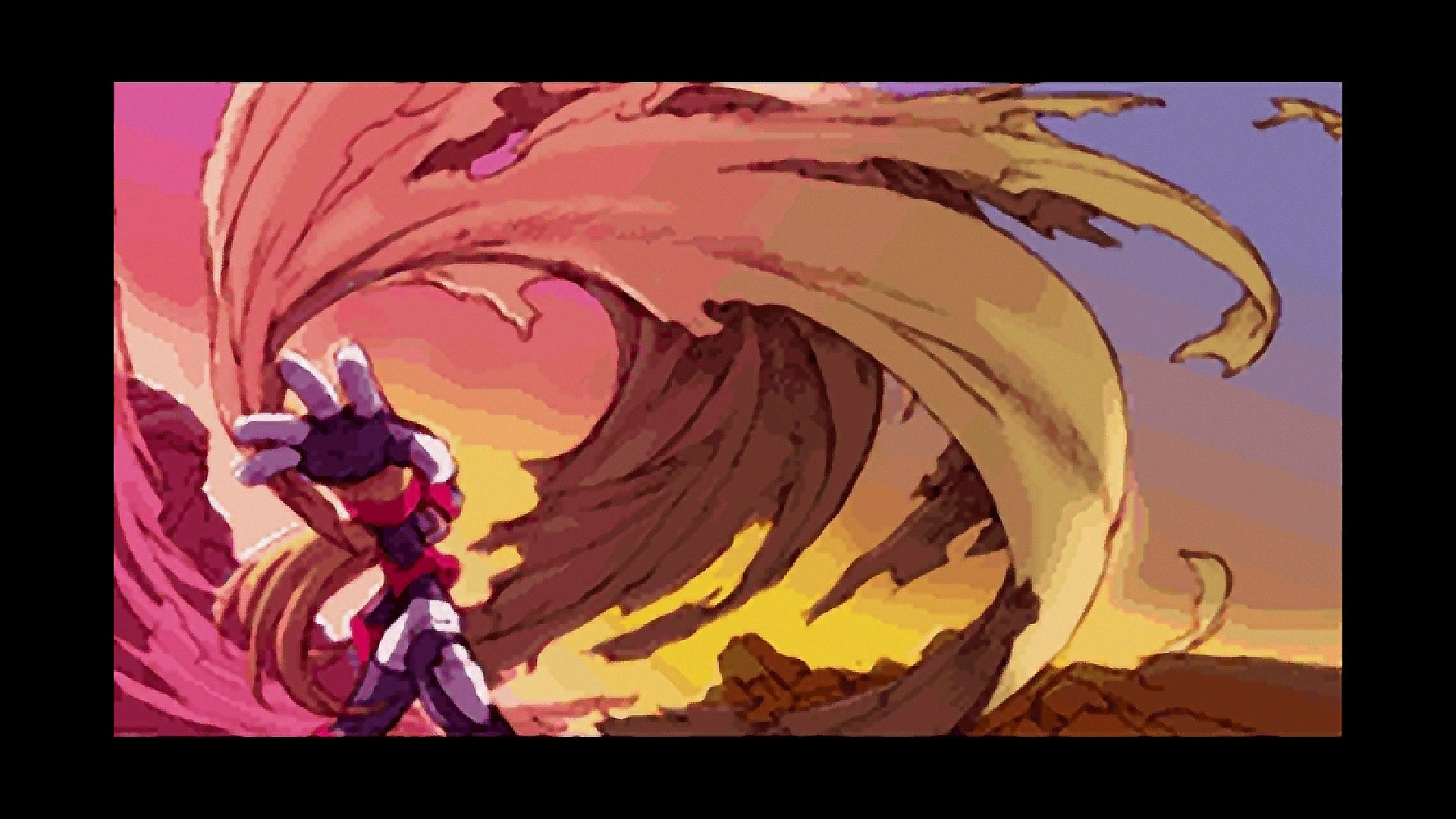 "Mega Man Zero /ZX Legacy Collection achieves the impressive feat of letting purists and traditonalists enjoy the games exactly as they originally were, should they so desire, while also adding a lot of bells and whistles for newcomers."

It’s funny that you’re playing as Zero, arguably one of the most powerful characters the series has featured, because the Mega Man Zero games themselves are almost soul-crushingly difficult. The level design itself can be unforgiving, and actual combat with enemies does not suffer fools well, with even a simple mistake or miscalculation costing the player dearly.

All of that has made it over, unscathed, into this collection. Mega Man Zero /ZX Legacy Collection achieves the impressive feat of letting purists and traditonalists enjoy the games exactly as they originally were, should they so desire, while also adding a lot of bells and whistles for newcomers, or simply players who don’t have the time to spend hours and hours at the same boss battle. These concessions include a Quick Save system (which you can toggle on and off at will, and which includes liberally placed checkpoints to help take the edge off of deaths and failures), as well as a Casual Mode, which is a “story focused” mode that reduces the damage dealt to you, while increasing your health pool (in some cases).

For fans who played these games as kids, and want to return to them, but no longer have endless hours at their disposal to spend on games, these modes are lifesavers, letting them relive the highlights of the Mega Man Zero and ZX experience, while not subjecting them to the torment that was the high difficulty of those games (especially the earlier ones). For newcomers, these modes can be great to ease them into the games. 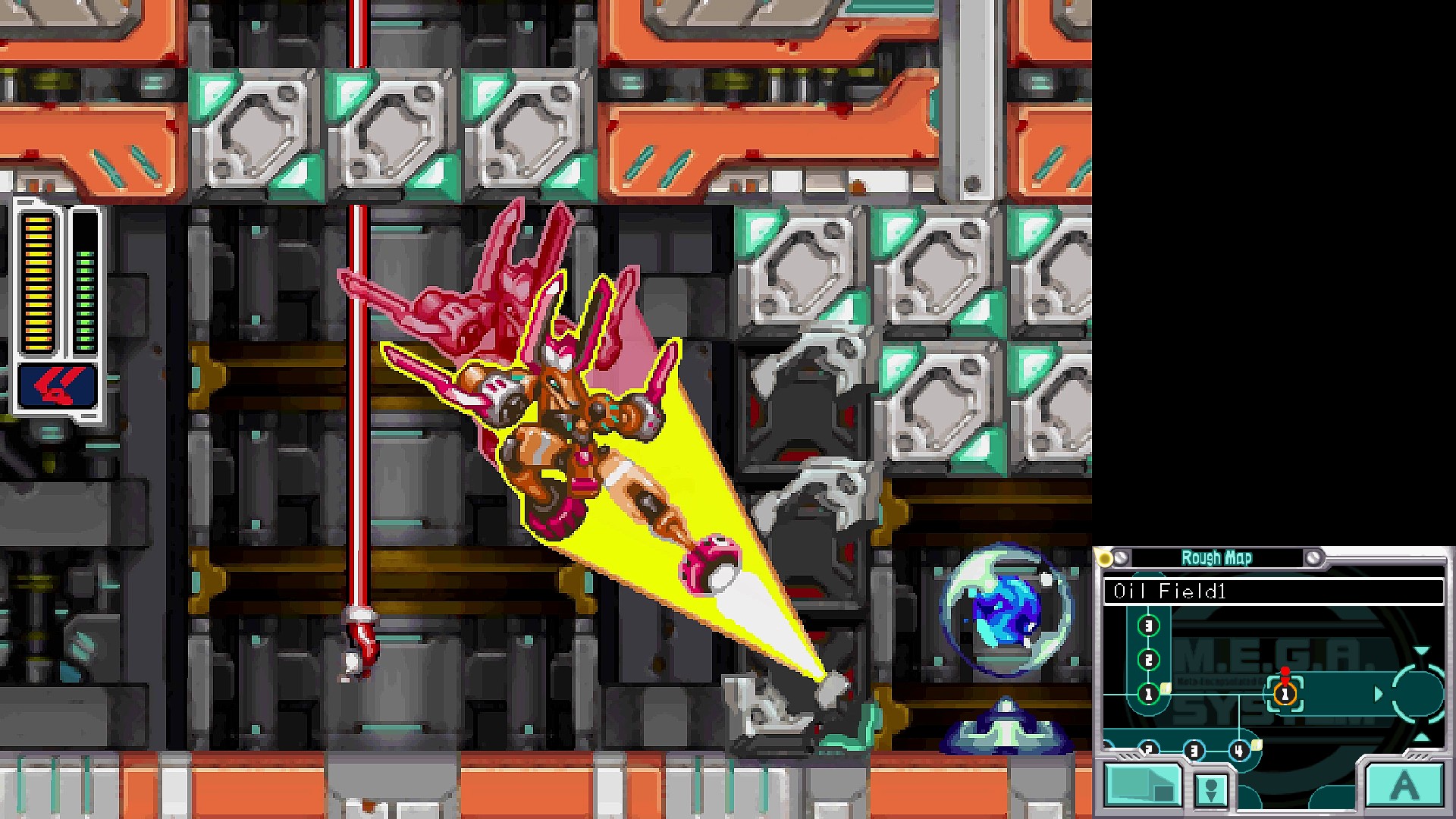 "As with previous collections, Capcom has gone above and beyond to make Mega Man Zero/ZX Legacy Collection stand out as a celebration of the series."

These casual friendly modes aren’t the only changes or additions, either. As with previous collections, Capcom has gone above and beyond to make Mega Man Zero/ZX Legacy Collection stand out as a celebration of the series, an homage to all it was and is, a museum that even fans who don’t necessarily want to play through the games again would be happy to have in their possession. From concept art to a music player collecting the tracks from across the six games, to collectible unlockable cards, leaderboards (which are online enabled), which also come with a new race mode where you race against your own or others’ best times, there’s a whole lot in here to add to the core collection of the six games.

Those six games, which were originally released for the Gameboy Advance and Nintendo DS, look great, even on today’s gigantic HD screens. In part, this is because of the great 2D and sprite art, which is ageless. In part, this is because of Capcom’s careful updates. No matter the reason, the end result is games that look great, if charmingly retro. And if you don’t like how they look, you can tweak the visuals a bit, with a couple of included filter options for you to try, as well as settings for screen size, the wallpaper that the gameplay shows up on, and even the position of the second Nintendo DS screen that you do occasionally have to reference and even interact with in the ZX games.

It’s a great collection, considerate of the series, and of the reason that fans love these games in the first place. In terms of overall quality, it’s also probably the strongest Mega Man Legacy Collection we have received yet. Unlike Mega Man classic or X, there are no stinkers in this package. Some games are weaker than the others (the first one has aged rather poorly, and ZX 2 is merely okay), but there’s no bad game here. They’re all at least worth playing, even today.

For Mega Man fans, just a chance to play these games on modern systems may have been enough, but Capcom went above and beyond with making this a collection worth owning, even for those who know these games like the back of their hands. For newcomers, this is an inviting package, that is accommodating of newcomers, and modern gameplay considerations, without compromising on what made the games so great to begin with. All around, Mega Man Zero/ZX Legacy Collection is a great package, and a celebration of this franchise’s heyday – now to hope for a brand new Mega Man Zero game, hopefully…

The collection achieves a great balance between accessibility and staying true to the original games' spirit; a great celebration of the series, with loads of collectibles and extras; players are given a lot of options to tailor the experience to the liking; probably the strongest bunch of Mega Man games we've received in a legacy collection yet

A few of the games haven't aged all that well; even with concessions to accessibility, some of the games can be brutally difficult

Final Verdict:
GREAT
All around, Mega Man Zero/ZX Legacy Collection is a great package, and a celebration of this franchise's heyday - now to hope for a brand new Mega Man Zero game, hopefully...
A copy of this game was provided by Developer/Publisher/Distributor/PR Agency for review purposes. Click here to know more about our Reviews Policy.