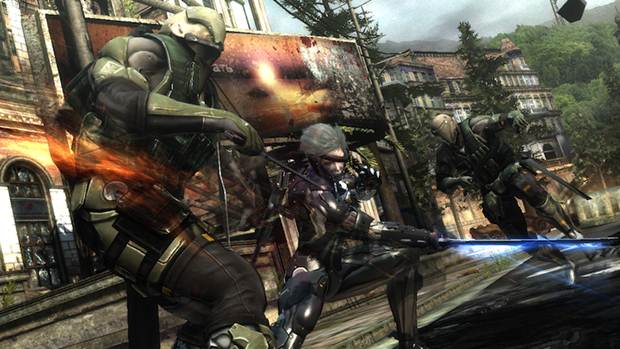 Platinum Games may still be working on the PC version of Metal Gear Rising: Revengeance, which series creator Hideo Kojima maintains is looking good, Konami has announced that all DLC packs for the game are now available for free, with the original game now discounted and available for $29.99 on PS3 and Xbox 360. The DLC packs include Jetstream Sam and Blade Wolf.

In a recent statement, Konami said that, “The lower price point gives new fans the opportunity to experience the game at a reduced price, with the added bonus free DLC packs that lengthen the overall experience.”

Developed by Platinum Games, Metal Gear Rising: Revengeance stars cyborg ninja Raiden in an action-packed adventure as he slices and dices his way through opposition and a corny story. At least the slicing and dicing holds up well. Check out our review of the game here. Will you be picking up the game now or holding off for even more discounts? Let us know in the comments.