The co-op focused survival game finally has a release date, for those waiting with bated breath. 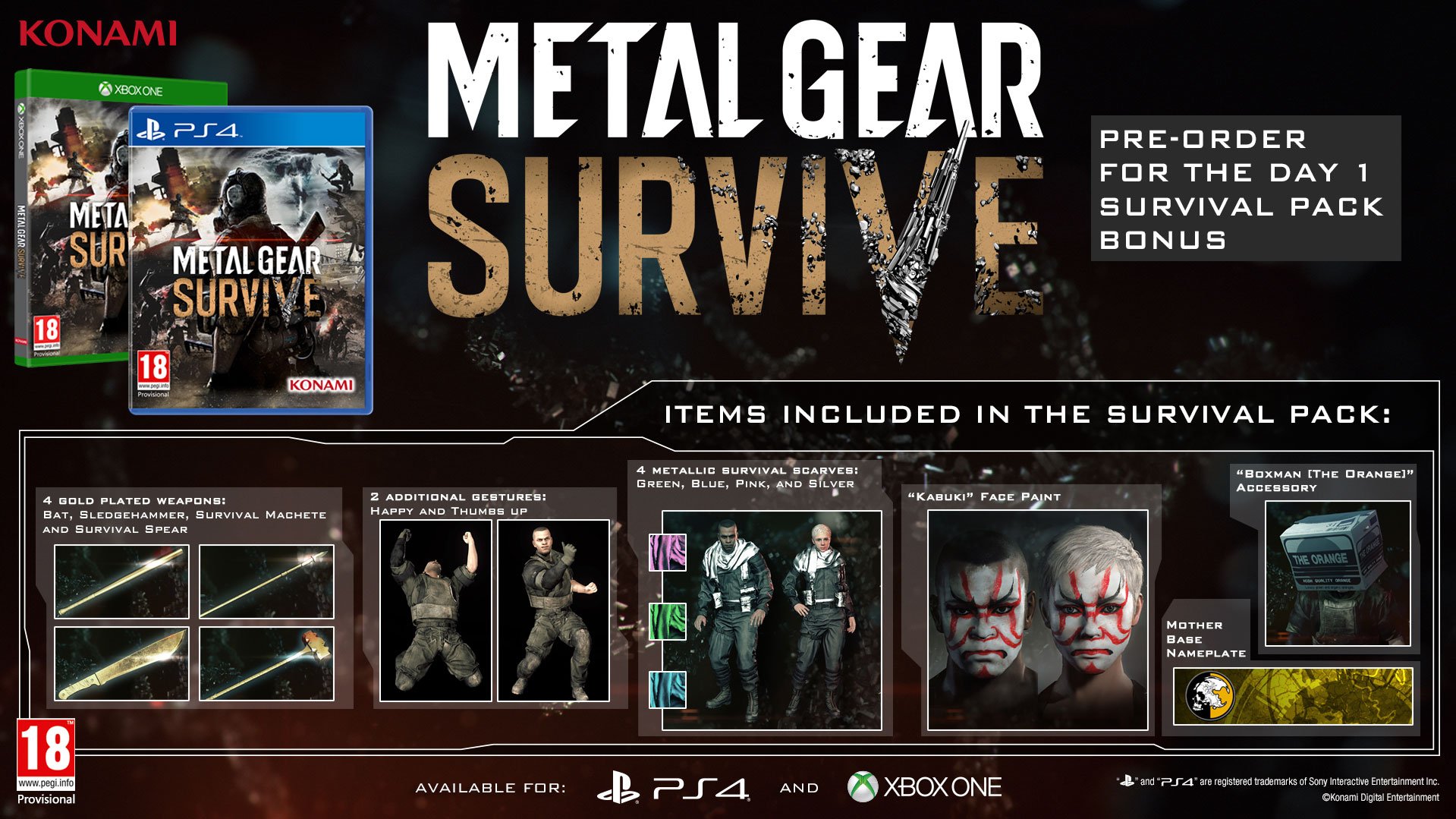 For those who were denying to know, Konami has finally revealed when Metal Gear Survive will be releasing. It’s out on February 20th in the United States and February 22nd in Europe with details on the Day 1 Survival Bonus Pack provided.

Said pack is available for those who pre-order and includes items like four gold-plated weapons, two additional gestures, “kabuki” face paint for use on characters, a nameplate representing Motherbase, the “Boxman [The Orange]” accessory and four metallic survival scarves of differing colours. Oddly enough, the image showcasing the bonus pack only has the logos for Xbox One and PS4 with no PC logo in sight.

Metal Gear Survive is the first title in the series to release after famed creator Hideo Kojima parted ways with Konami. It’s set in an alternate world with Mother Base survivors battling zombies and trying to stay alive. The game focuses on co-op and scavenging along with the series’ traditional stealth mechanics.