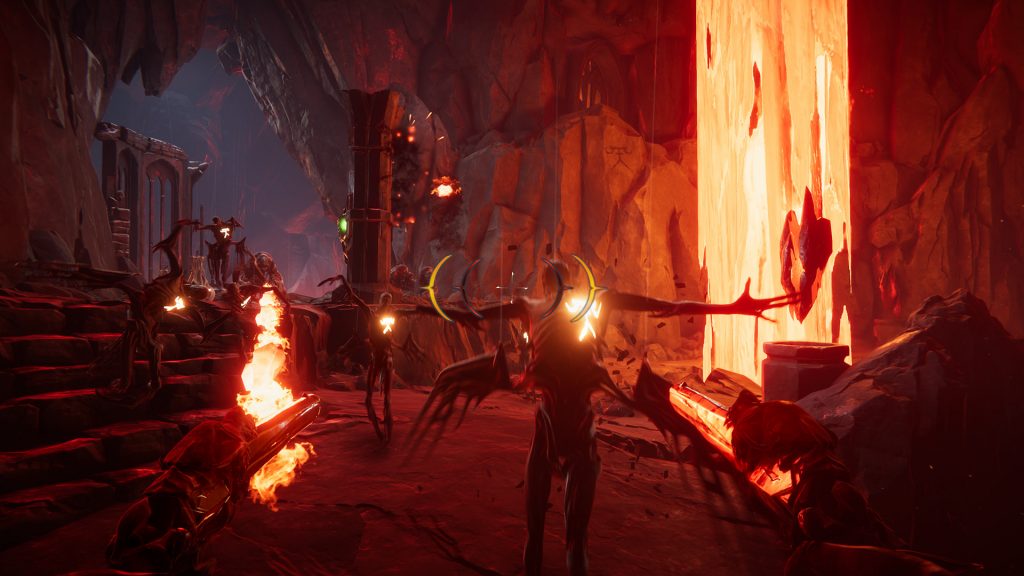 Developer The Outsiders and publisher Funcom recently released a new gameplay trailer for their upcoming Metal: Hellsinger during this year’s The Game Awards. Check out the video down below.

Metal: Hellsinger is a first-person shooter where players assume the role of a demon slayer and, well, shoot demons to the tunes of some appropriately headbanging metal soundtracks. The trailer reveals the names of bands that will be contributing to the game’s soundtrack, which ropes in bands such as Trivium, Arch Enemy, and Lamb of God, among others.

Originally announced in 2020, Metal: Hellsinger was supposed to release in 2021 – although it was delayed, as many other games have been. The game will now be releasing in 2022, although no specifics about the new release date have been announced as of yet. It’s certainly a promising game that mishmashes two very different genres together, so definitely keep your eye out for this one.