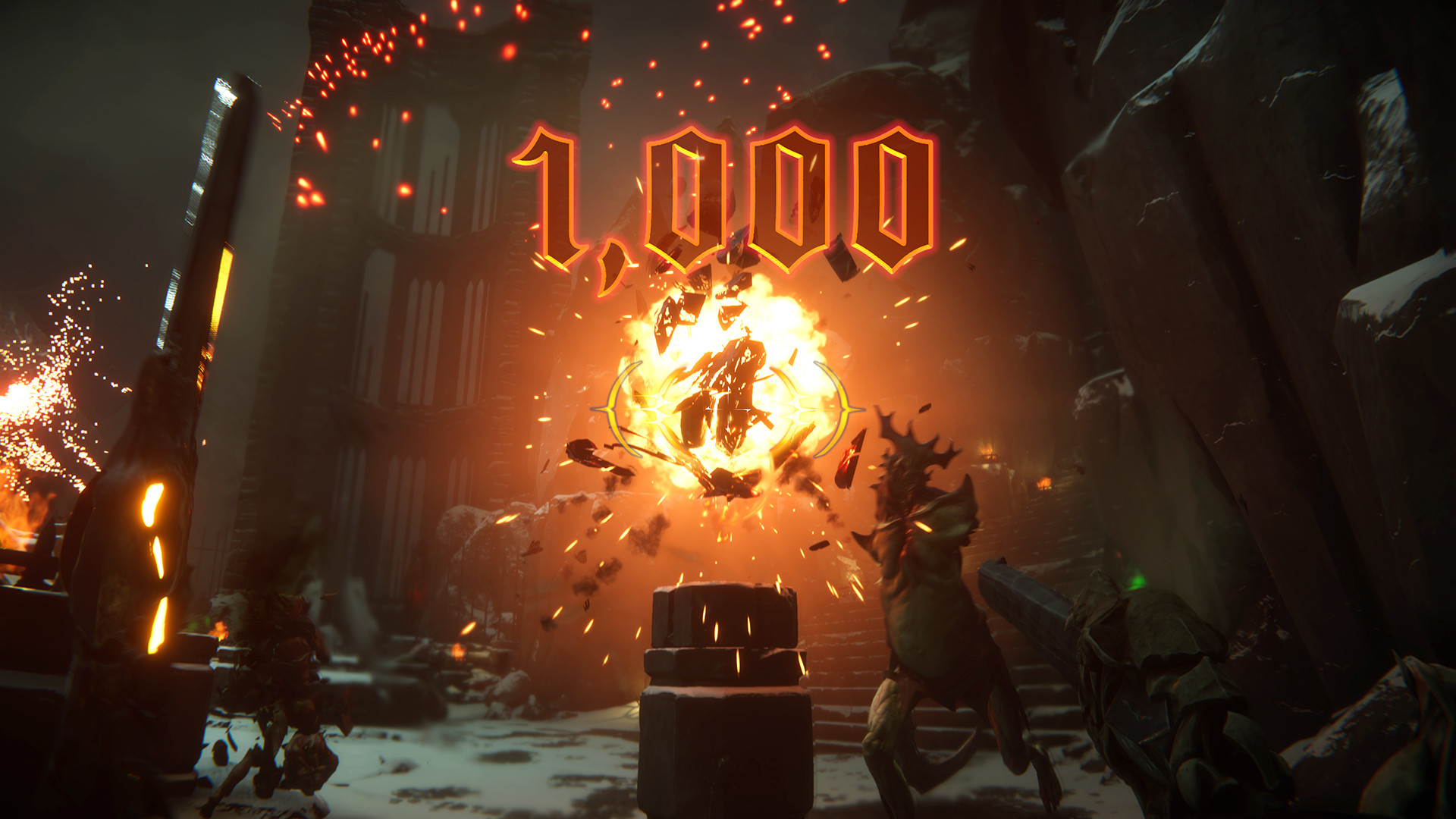 Update: Check out more gameplay footage of Metal: Hellsinger below. The Outsiders co-founder David Goldfarb also weighs in on the design philosophy and current state of development.

The Outsiders, which was formerly working on Darkborn, has announced its next title – a rhythmic first person shooter called Metal: Hellsinger. The shooter has heavy metal influences and challenges the player to slay tons of demons in Hell while also jamming out. Check out the reveal trailer below.

Metal: Hellsinger isn’t just a metal game by name – it features performances from the likes of Matt Heafy, Alissa White-Gluz and many more. The gameplay showcased is currently in pre-alpha but it looks quite sharp already. There’s a real Crypt of the NecroDancer vibe here, except with more demons and guns (and probably the same amount of hopping).

You’ll have to wait a while before getting your hands on the game. Metal: Hellsinger will be releasing in 2021 for Xbox One, PS4, PC, Xbox Series X and PlayStation 5. Stay tuned for more details and updates on it in the coming year. Expect more details from IGN’s Summer of Gaming expo shortly.