A new turn-based tactics Metal Slug game has been announced by Dotemu, and is coming to PC at an as-of-yet-unannounced date. 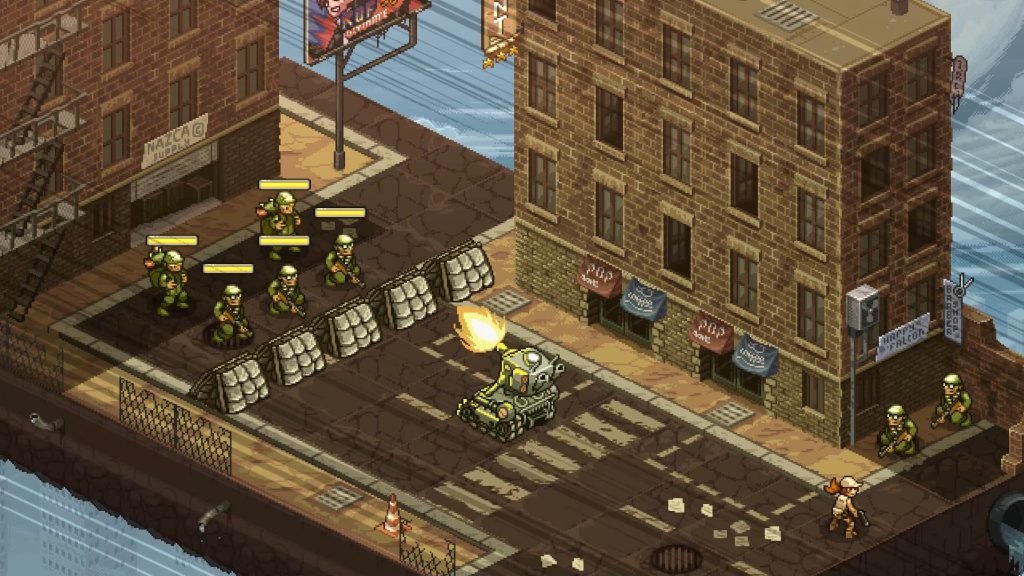 One doesn’t often associate Metal Slug with anything but blinding run ‘n gun action, but we’re all for experiments, and this new Metal Slug game definitely looks like an interesting one. At the Summer Game Fest Kickoff Live stream, Dotemu announced Metal Slug Tactics, developed by Leikir Studio.

As you may have guessed, Metal Slug Tactics is turn-based strategy game, blending the series’ trademark look, style, and action with a more deliberate and thoughtful gameplay style. The game’s Steam page touts RPG mechanics, roguelike elements with procedurally generated maps, returning characters (several of whom are also featured in the announcement trailer), the sort of challenge you’d expect from a Metal Slug game, and more.

The story sees Donald Morden returning to the limelight to stag a coup against the World Government, after which it falls to the Peregrine Falcons to stop him.

Metal Slug Tactics is announced just for PC for now. Right now, no release date has been confirmed.