I guess fans of family friendly games have something to look forward to on Xbox now. 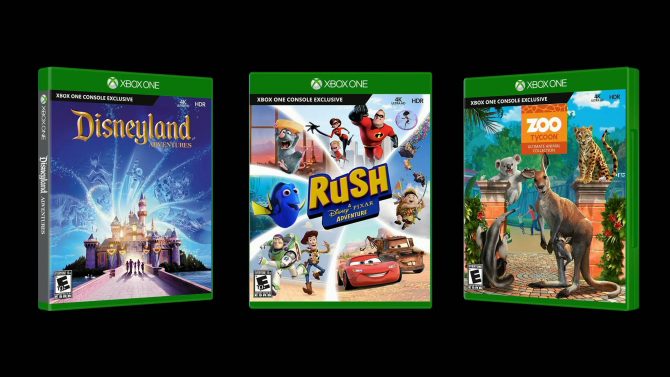 Microsoft’s exclusive games situation continues to remain dire (unless that PlayerUnknown Battlegrounds Xbox exclusivity turns out to be permanent), but never fear, Microsoft will be… not doing much about it. Instead, you can go back and play three low key Xbox One games, Disneyland Adventures, Rush: A Disney Pixar Adventure, and Zoo Tycoon, which will be remastered for Xbox One with new content, and be available on October 31.

Two of those games were Xbox 360 Kinect games, while Zoo Tycoon was actually an Xbox One launch game; all three games will be playable with Kinect (yes, Microsoft actually acknowledged that the Kinect exists), but also with the Xbox One controller, in case you don’t want to faff around with the motion controls for no reason.

For family friendly game fans on Xbox, these three should nonetheless be fun- they will also be followed by Super Lucky’s Tale on November 7, so it should be good times all around.