Xbox Entertainment on any device. 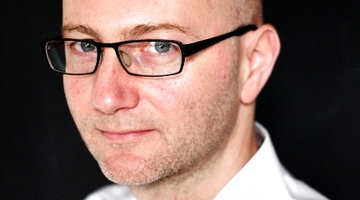 Changes are happening at Xbox UK where the country has gotten a new marketing director for the brand and he has a solid plan. It’s a known fact that Xbox 360 sales in the region are higher than PS3’s so this shouldn’t be a tough job for him.

His mantra is simple, Xbox Entertainment on any device. His name is Harvey Eagle, and it should be incredible working under Phil Harrison trying to promote the Xbox brand in the UK.

“I’m privileged to join a team that has already achieved leadership position in a market where the competition is fierce and ever-changing. Every single person on the planet likes to be entertained. When you think of Xbox as an entertainment service that will show up on any device, you realise our journey has only just begun,” Harvey said of his appointment.

“Harvey brings with him a wealth of experience and I’m very excited to have him join the Retail Sales and Marketing team to lead the IEB business, in what is going to be a very exciting time,” Jonathan Grimes, head of UK retail sales and marketing division, added.