A basic flow diagram of how cloud gaming can handle multiplayer gaming.

Posted By Rashid Sayed | On 08th, Jul. 2014 Under News | Follow This Author @GamingBoltTweet 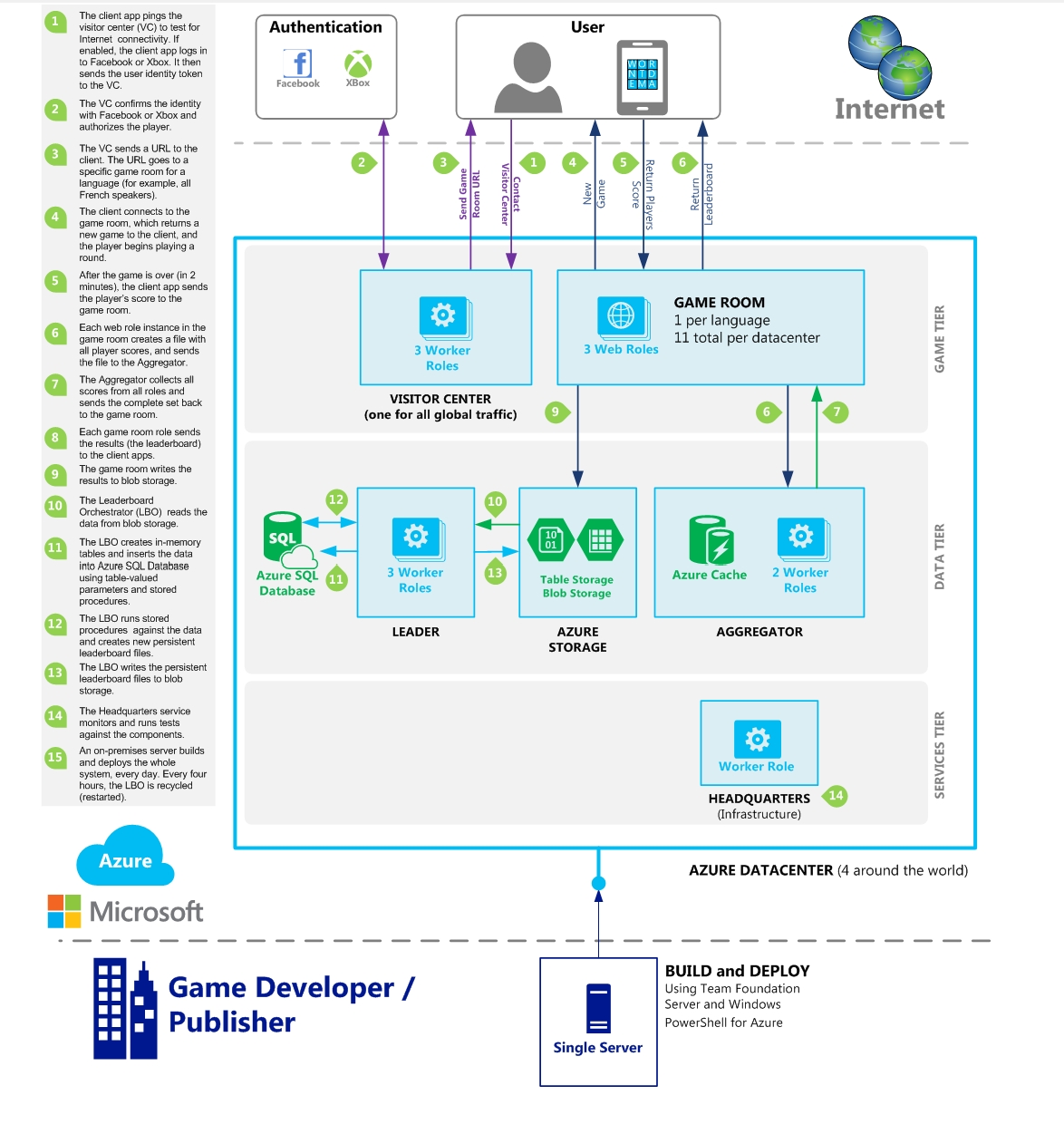 Microsoft have been hyping up the so called power of the cloud for some time now but besides the one technical demo we haven’t actually seen anything that may indicate its use in a practical set up. However, in a blue print released by Microsoft, the Redmond based company has revealed how the cloud enables massive multiplayer games.

The example used in the blue print is Wordament and shows how at the end of each round, players are ranked. The system then outputs a list of optimized results which includes best words, best of the hour, best of the day and best of the week.

The blue print also explains how the cloud can be used to collect all the game scores from different players in a Game Room and how the system stores that data into Azure SQL servers. Obviously, the user needs to be authenticated via the Xbox or Facebook account for this to happen. Much of this is technical jargon but can be easily followed by opening the image above in a new tab.

You can download the blue print PDF here. What are your thoughts on this? Let us know in the comments section below.

Tagged With: Microsoft, Xbox Live, Xbox One, xbox one cloud