Microsoft, as a platform holder and a publisher, has changed significantly over the last 7 years since the launch of the Xbox One. The company has now been more platform open than ever before, and more focused on services and subscriptions with their Game Pass initiative. It’s also lead to them going back to some old properties, such as the 2020 edition of Microsoft Flight Simulator. It was a welcome return, and one that many are playing.

It was revealed earlier in the year that the game had surpassed 1 million sales by its developer despite launching day and date on Xbox Game Pass for PC. Microsoft has now confirmed that the game has passed 2 million players. While it’s unclear how many more sales that is, it’s quite the feat. It’s also worth nothing the game has not come to consoles just yet, either, which shows how impressive that is.

Microsoft Flight Simulator is available now on PC with a version of the game set to come to Xbox Series X/S sometime in Summer 2021. The game will also get VR support on December 23rd. 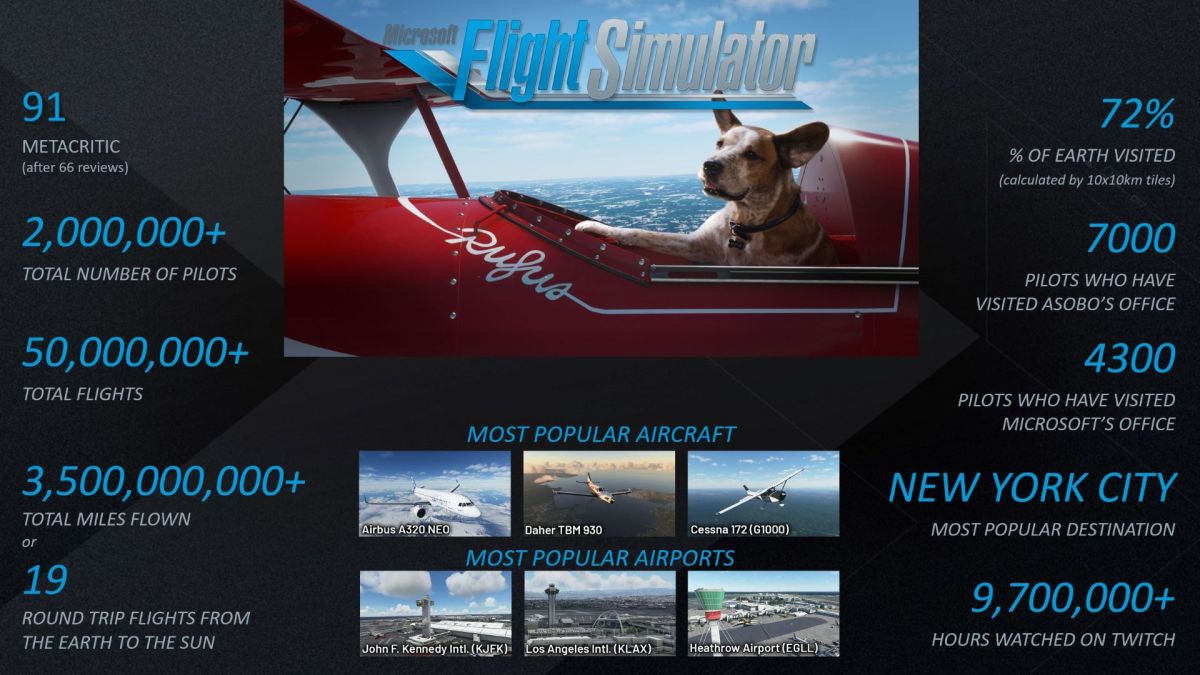