Microsoft Flight Simulator's World Update X is adding hand-crafted airports set in the US, along with new points of interests and more. The update is available for free. 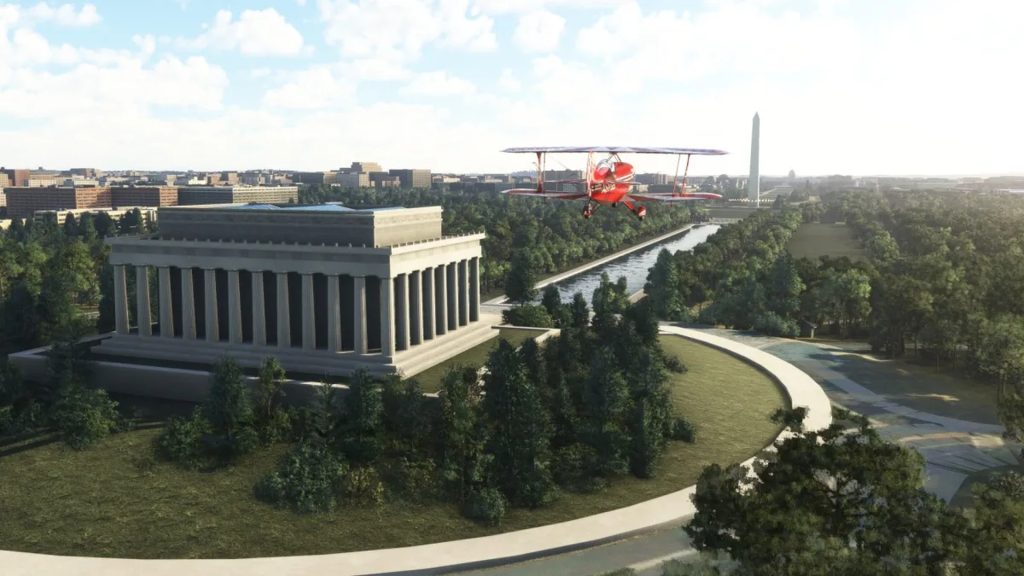 World Update X is adding new high-resolution satellite and aerial imagery to the game, along with new 3D cities—San Diego CA, Albany NY, Key Largo FL, Seattle WA, and Olympia WA, among others. Check out the full list of additions in the new update below.

World Update X: United States and US Territories is free for all Microsoft Flight Simulator owners on PC, Xbox Series X|S, and Xbox One. The update is also free for those who play using Xbox or PC Game Pass.

Over the weekend, Microsoft announced its plans to celebrate Flight Simulator‘s 40th anniversary by adding historic aircrafts, as well as the Pelican from the Halo franchise to the game. The 40th Anniversary Edition was announced as a free update.