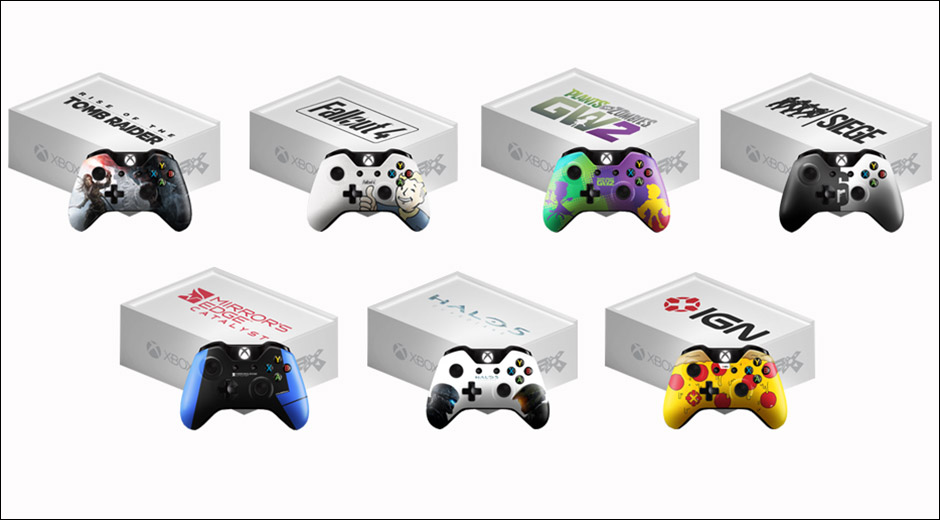 PAX Prime is almost here, and to celebrate the expo, Microsoft is giving away special Xbox One controllers to its fans. During this week, Microsoft will be running a special contest, where fans attending PAX Prime 2015 can win one of seven special limited edition controllers modeled after some of the biggest upcoming games for the Xbox One, such as Halo 5: Guardians and Fallout 4.

It’s a bit contrived, but hey, look at those controllers- they look cool enough that I’d be willing to do it, if I were going to PAX Prime this year. Seriously, they look pretty awesome to me.