Recently Microsoft has sent out an e-mail to certain Xbox Live Gold Subscribers.  The e-mail gave information on a pilot for a reward program.  It sayed “This is an exclusive pilot rewards program. That means that the people who get in get stuff. Cool stuff.”

This is all the info available on the subject at this point so this could really mean anything from rewarding you for your Xbox 360 Gamerscore to special deals on DLC or other products.  Microsoft has neglected to give any more details on this but hopefully we will be hearing more on it soon.  ‘Cool stuff’ is always good. 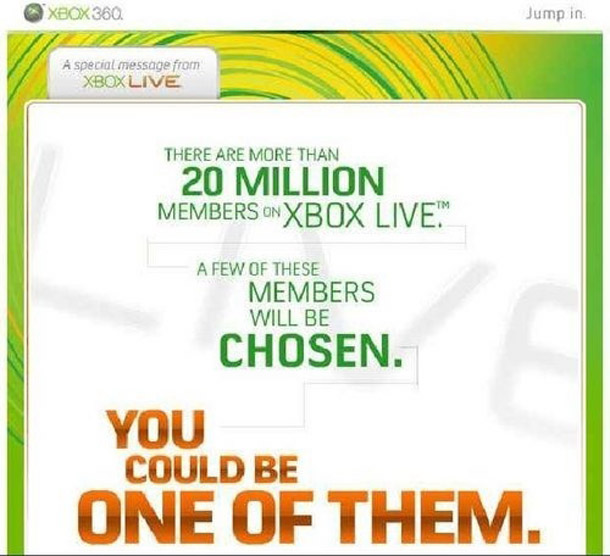