Microsoft patents a gaming helmet and an eye-wear 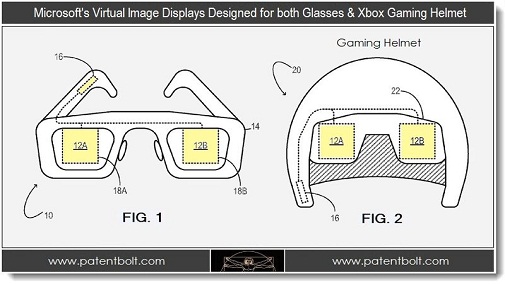 Microsoft has patented two gaming accessories, which almost is quite same as the one Sony created, i.e., the HMZ -T1. Of course, Microsoft’s implementation looks like a helmet, and is specifically for Xbox gamers. The eye-wear is for Smartphones and MP3 users.

The patent was uncovered by Patentbolt, and they revealed that Microsoft had filed it in 2010. Just because Microsoft filed these patents doesn’t mean they’ll be creating them, though.

There are a lot of defensive patents being filed by big companies. The basic idea behind this is that – the human eye cannot focus properly to images that are really close, so Microsoft’s implementation is to blur these images which makes them appear 21 inches away.

You can check out a comprehensive description at the site which broke this news.