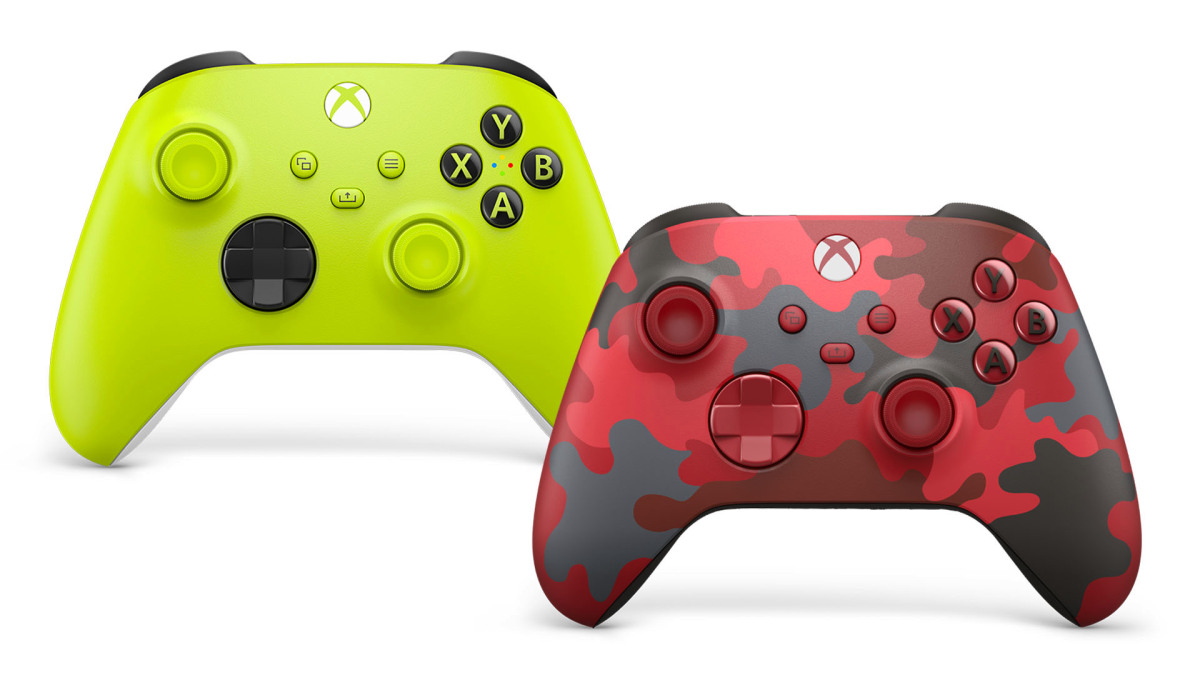 Microsoft launched not 1, but 2 different next generation consoles last November. The Xbox Series X and Series S were their steps into a new generation. For those who were lucky enough to get ahold of one (or even both, if you’re into that sort of thing), there’s a lot to play on both, especially for those with Game Pass. It’s also time once again for a lot of the new and various accessories, including new controllers. Now Microsoft has revealed two more for you to mull over.

Microsoft today announced that two brand new controllers would be coming. One of those is Electric Volt, an almost Mountain Dew colored controller, and a new entry in the Camo editions, the red-infused Daystrike Camo Special Edition. Electric Volt will be $64.99 and Daystrike will get a premium bump to $69.99. They will be compatible with Xbox Series X/S and Xbox One, like all Xbox Series controllers.

Electric Volt will be available starting April 27th and Daystrike Camo Special Edition will come a little later on May 4th. The Xbox Series X/S is technically available now, but both systems still have issues with stock worldwide.