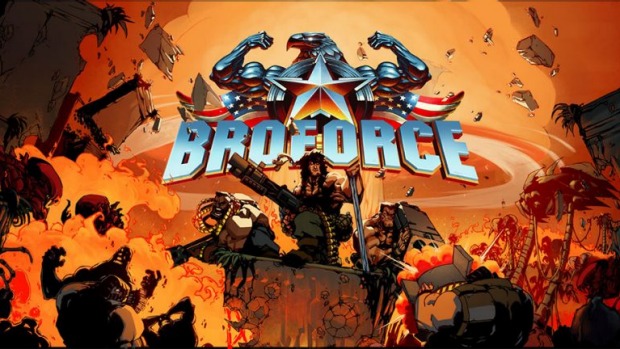 Update: Microsoft’s ID@Xbox Director Chris Charla has revealed that the developers of Broforce did not approached them for a potential Xbox One version. He also stated that he would like to see Broforce on the Xbox One. As mentioned in the original article below, Microsoft can allow certain games to launch on their platform even though they are already available on other consoles. So it will be interesting to see if Broforce lands on the Xbox One sometime in the future. However we have made no changes to the original article and the headline since ID@Xbox’s parity clause and the deal with Sony are the reasons why the game won’t be launching on the Xbox One.

Free Lives Games’ Broforce is a side scrolling indie game that features hypermasculine hero that fights against the bad guys and helps rescue his teammates and other prisoners of war. The game will be releasing on the PlayStation 4 and PC platform but not on Microsoft’s current gen console, the Xbox One.

They revealed that they have a deal from Sony that they were not able to refuse. “Mostly because Sony reached out to us with a deal we couldn’t reasonably refuse,” Creative Director Evan Greenwood said to GamingBolt. But even if they want to launch on the Xbox One, they can’t due to the parity clause. “As far as I know Microsoft has a clause in their contract where they won’t accept an indie game if it launches on Xbox after Playstation.”

We are not sure whether Broforce will eventually hit the Xbox One in the future but for now it seems that it will remain a PS4 console exclusive. Microsoft needs to reconsider their parity clause and perhaps make it more open so that more games can launch on the its platform. Independent developers work with limited resources and budgets, so ideally they would want to launch their games on as many platforms they can but the parity clause is apparently making harder for some developers.