We are about to enter into a new generation consoles, and we’re at a very interesting time in the industry where all three platform holders are sort of doing their own thing by and large. While Nintendo is way out there in their world, Microsoft and Sony are closer competitors, but still quite different as Sony continues on the more traditional path of hardware and software sales as Microsoft is beginning to transition to more explicitly software and subscription-based models. But you know, all habits tend to die hard, and sometimes a bit of that console war DNA peeks up its head.

Xbox UK posted a tweet on their official Twitter about how to swap your Xbox Series X from vertical to horizontal. Without context, this just seems to be random, but most interpret it as something of a jab at Sony’s recent PS5 teardown, which you can see in full through here, in which it was revealed that in order to put the system horizontal you’ll need to detach the stand (which is screwed in) and clip it on the system’s back. The Series X, as you’ll see below, is a lot simpler as you just lay it on its side. Perhaps the joke didn’t quite land as I imagine many probably didn’t get it, or maybe it was flooded with fans who took it just a tad too seriously, who knows. But the internet will never allow you to forget your shame.

The Xbox Series X and Series S is set to launch on November 10th while the PS5 will come a couple of days later on the 12th. 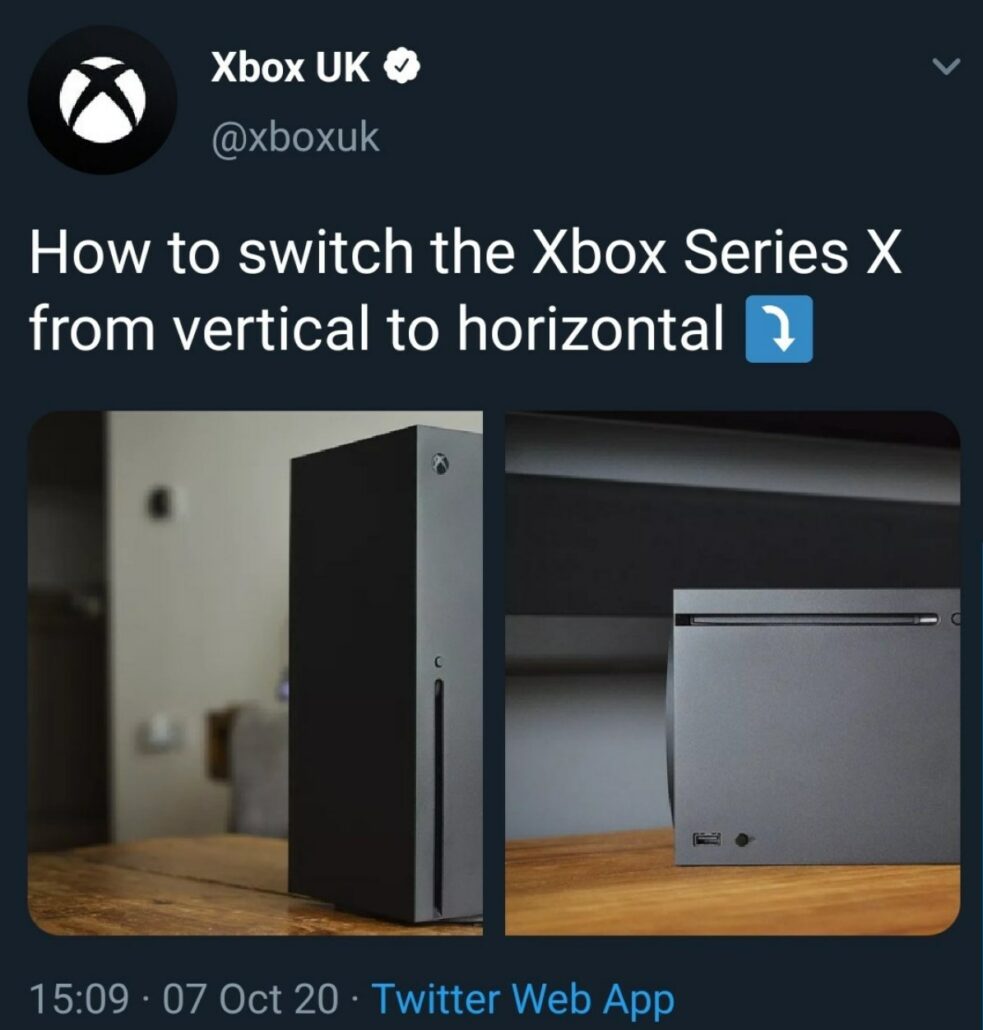