Microsoft’s Response to Orth’s Comments: “He is Not a Spokesperson for the Company”

Also, they have "no comment" on the matter of the Xbox 720's always online status.

A venerable shit storm started earlier in the day when creative director at Microsoft Games Studios Adam Orth defended the always-online status that the Xbox 720 was “rumoured” to be touting. Now, whether he was defending the rumoured status or the actual status of the console is up for debate, but his comments on Twitter angered quite a good many people.

Microsoft, for their part, made an official statement to Game Informer. And yes, even if Aaron Greenberg doesn’t know who Orth is, he is still an official employee of the company. Via their PR firm Edelman, Microsoft stated that, “We are aware of the comments made by an employee on Twitter.

“This person is not a spokesperson for Microsoft, and his personal views are not reflective of those of the company. We have not made any announcements about our product roadmap, and have no further comment on this matter.”

We now return to your regular schedule of rumours. 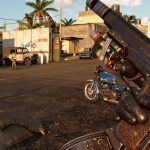