Middle-Earth Shadow of War: PC vs PS4 Pro vs PS4 vs Xbox One Graphics Comparison In 4K

Head to head comparison across all platforms. 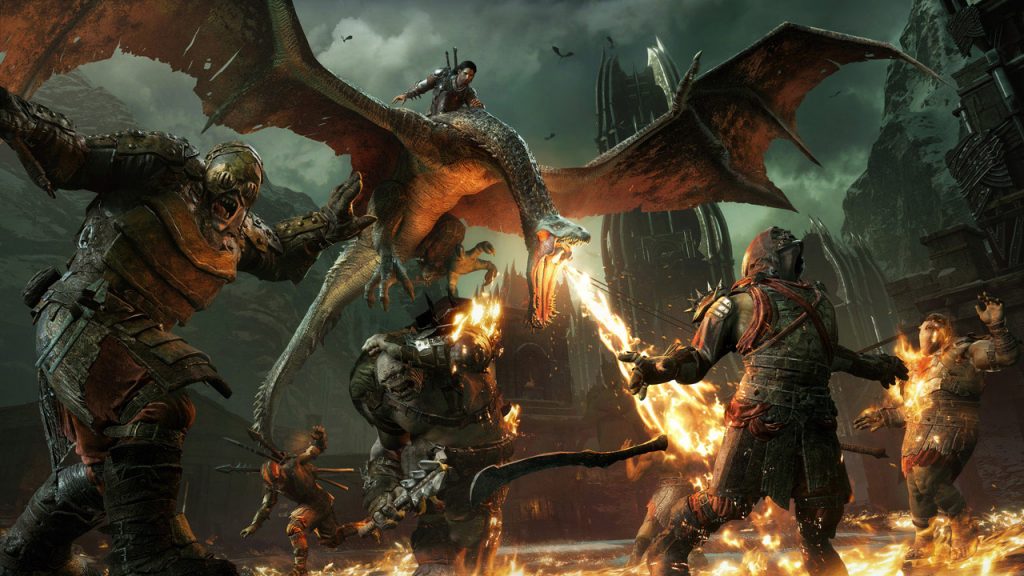 Monolith Productions’ Middle-Earth: Shadow of War has found itself at the center of a rather serious microtransaction controversy. But besides that, there is a very good game to be found in Shadow of War. The game’s fantastic Nemesis system is back and is better than ever. Given that Shadow of War is a current gen exclusive compared to Shadow of War, Monolith have been able to deliver a bigger and denser world than its predecessor.

The game’s engine has also undergone minor changes in the form of lighting tweaks, a better physical based renderer and better facial animations than Shadow of Mordor. It’s by no means a system pusher, though the PC version looks incredibly sharp compared to its console counterparts.

So, let’s get the elephant out of the room. The PC version is the best place to play Shadow of War on. The developer recommends pretty modest PC hardware requirements in the form of AMD FX-8350, 4.0 GHz or Intel Core i7-3770, 3.4 GHz on the CPU front, AMD RX 480, 4 GB or RX580, 4GB or NVIDIA GTX 970 4, GB or GTX1060, 6GB on the GPU side and 12GB of memory. There a ton of graphical options to play with. These include the likes of ambient occlusion, depth of field, tessellation, texture quality, texture filtering along with support for dynamic resolution. Our test build is similar to the one we used in our Forza Motosport 7 analysis. This includes NVIDIA GTX 1080Ti, 16GB of GDDR4 memory and a Ryzen 7 1700 CPU. Suffice to say, this is overkill for Ultra settings at 1080p resolution but we looking to avoid any sort of bottlenecks so this build work perfectly for this test. And as expected, the game runs almost flawlessly and close to 100fps according to the in-game benchmark tester.

But how does Shadow of War run on consoles? To begin with Shadow of War, just like Shadow of Mordor provides two graphical settings for PS4 Pro owners. One that favors resolution and the other one is the quality mode. In resolution mode, we see the game employing a dynamic resolution with pixel counts ranging from 1300 to a full 1440p resolution (although there may be instances where the game renders in higher resolution). However, this doesn’t seem to be a checkerboard solution as we were unable to find any checkerboard artefacts.  We came across a few performance drops here and there with the frame rate dipping below 30fps at times. In quality mode, however, we observed improved visual effects such as higher level of detail, better object geometry, higher quality tessellation and most importantly a stable 30fps. This is obviously accompanied by a drop in resolution. Overall, the PS4 Pro version in resolution mode sits somewhere between high and ultra settings compared to the PC build at 1080p.

On the base PS4 and Xbox One front, we have the usual gap between the two. The PS4 runs at a native 1080p resolution and the Xbox One runs at what looks like dynamic resolution (but we mostly found it to run at around 900p). Performance for the most part is pretty stable and we didn’t witness any frame rate drops in our tests. The PS4 version also benefits from better quality shadows, slightly better texture filtering and motion blur at times. But other than these differences, the core assets remain 1:1 on both the PS4 and Xbox One.

So, there we have it. Shadow of War runs best on PCs should you have the hardware, followed by the PS4 Pro which is then followed by the PS4 and Xbox One. Pretty obvious and straight forward, right? The Xbox One version is a tad disappointing, especially when one compares it directly to other versions. But overall, Shadow of War is a fine performer and one of those games that you need to play if you are a fan of the original.