No bit of nostalgia or devotion to the franchise could make Limbic’s latest turn-based title worth your time.

Personally, I never really played every single title in the Heroes of Might & Magic franchise but I had a soft spot in my heart for Heroes of Might & Magic III. The complexity of the gameplay, the different factions, the strategy required in battles and managing one’s resources and even the graphics all combined with a great story for one of the best turn-based tactical strategy games of all time.

Over the years, the Heroes franchise has shifted to a number of different developers, eventually landing up at Limbic Entertainment which developed the sixth title along with Black Hole Entertainment and also made Might & Magic X: Legacy. And thus we had Might & Magic Heroes 7. Suffice to say though, the series is a long way away from the brilliance that it displayed under New World Computing. 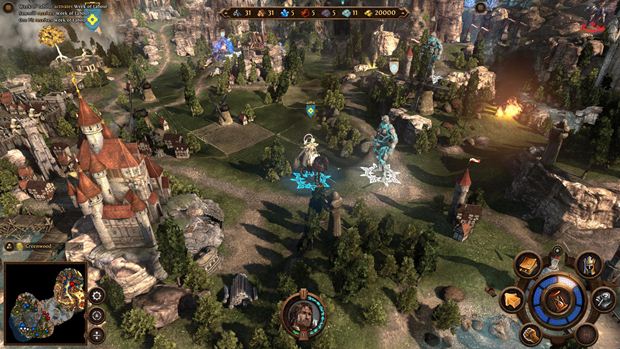 "In terms of campaign design, it was fun to experience such varied stories in a non-linear fashion."

After all these years, I really do feel the need to ask: What happened? Franchises change all the time or they don’t change at all but there are few that stay so tightly packed between the two extremes while doing their damndest to not welcome new players.

The story for Might & Magic Heroes 7 takes place after Shades of Darkness and concerns itself with one Ivan Griffin. Following the fall of the Falcon Empire, Griffin is interested in becoming king and consults a round table of the heads of the six factions, namely Haven, Academy, Sylvan, Stronghold, Dungeon and Necropolis. The story involves speaking with each representative and experiencing their background stories, engaging in wars of the past and essentially setting up the overall context for events that will bring everyone together going forward. In terms of campaign design, it was fun to experience such varied stories in a non-linear fashion. This didn’t quite pan out so well in pacing terms during gameplay but we’ll get to that. The point is that you could do a whole lot worse to acquaint me with the lore of the universe.

Unfortunately, doing worse is exactly what Limbic Entertainment seems to be trying. Many of these cut scenes which feature the various faction heads sitting around, discussing things, are filled with 3D models who’s mouths don’t move and who seemingly stare blankly into the distance. It’s really weird and I can’t for the life of me understand why normal facial expressions and lip-syncing weren’t used. For that matter, what about detailed 2D portraits instead? The cut scenes within the campaign missions are two dimensional and look far better by comparison, even if they lack any real animation. 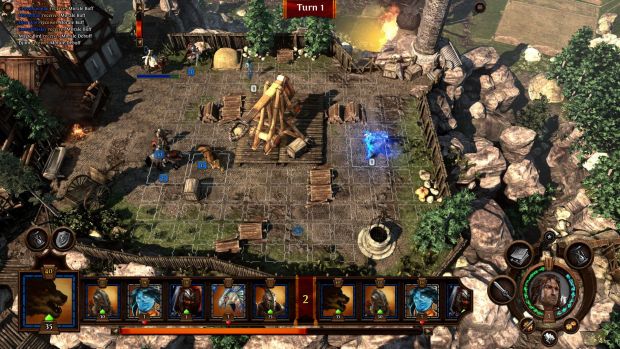 "The problem is that Might & Magic Heroes 7 doesn’t do a good job at all when it comes to explaining some of the more nuanced aspects of gameplay."

Coming to the gameplay, if you know the basics of Might & Magic Heroes, then you won’t be too lost. Your heroes traverse maps, gathering resources, building armies, capturing territory and clearing out monsters while upgrading the home base (or castle in this case). Combat is turn based and there’s a fair bit going of strategy to be had. You can place a hero within a town to guard it from monsters or simply leave an army of troops there. There are also random events that pop up on the world map which command your attention, heroes to recruit and artifacts to be discovered.

Resources are plentiful, each faction has their own special units (though there isn’t really that much of a categorical difference in units between each faction) and both buildings and troops can be upgraded for different benefits. Of course, you can modify your heroes’ abilities and skills as well and it’s very easy to spend points on combat-specific buffs, defense, leadership skills and much more. As a whole though, there’s a difference between stream-lining complex functionality and dumbing it down. Unfortunately, the gameplay is more of the latter than the former.

The problem is that Might & Magic Heroes 7 doesn’t do a good job at all when it comes to explaining some of the more nuanced aspects of gameplay. The basics of stacking units together for better effectiveness is never explained and any joy you may have in exploring the map is limited by the number of turns you can take. Though combat can be fun for the most part – and being able to simply fight via the Duel mode without having to worry about resources and whatnot can be fun – it’s offset by the pathetic animations and sound effects. 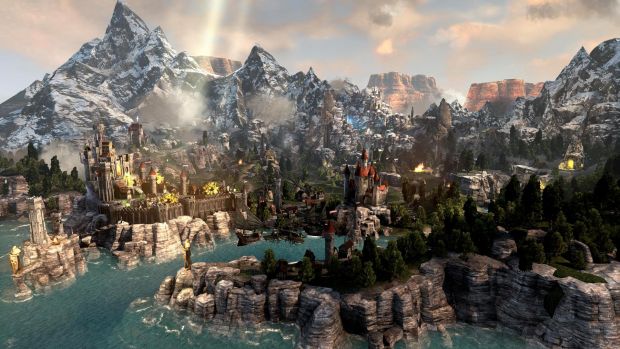 "Even if there were a few great ideas buried in Might & Magic Heroes 7, they’ve simply been outdone by the number of questionable design decisions and overall shoddiness of the game."

Even if Might & Magic Heroes 7 features some decent looking visuals in combat and still screens, there are times where it barely ranks above average when scoping out the various maps (and let’s not even get started on the horrid cut scenes again). While the various stories governing the campaigns are intriguing, they’re composed of long-winded maps that are so sluggish in terms of their action and events. Even if you can will yourself to access some of the cooler units and powers, you have to trudge through quite a lot of tediousness.

Might & Magic Heroes 7 also suffers from tons of bugs. It’s severely bogged down by performance issues, especially on powerful configurations, which is baffling when you consider the quality of its visuals. Clunky AI, terrible movement that reacts haphazardly to your input and game crashes are only some of the more horrible bugs you’ll face. Even if Ubisoft and Limbic Entertainment take to correcting many of these issues, there doesn’t seem to be much of any value in the game’s 50 hour length, be it in the story or the gameplay.

If you’re a huge fan of the series, you’ll be disappointed by the problems and overall simplicity of Might & Magic Heroes 7 even if the battles can be decent, the campaigns can offer some semblance of variety and there’s some little echo of what made the series great still present. Newcomers will simply have an uphill battle to face when learning the game’s mechanics and finer points while struggling with the numerous bugs. Even if there were a few great ideas buried in Might & Magic Heroes 7, they’ve simply been outdone by the number of questionable design decisions and overall shoddiness of the game.

Combat can be enjoyable at times, especially with Duel mode. Intriguing method of story-telling with variety of tales and lengthy single-player campaign. Numerous strategic options.

Might & Magic Heroes 7 may not the series' lowest point but it's a low point all the same. Even with proper attention given to eradicating bugs, it fails to capture the magic of the franchise's best while offering a compelling experience to turn-based strategy fans.

A copy of this game was provided by developer/publisher for review purposes. Click here to know more about our Reviews Policy.
Tagged With: limbic entertainment, Might & Magic Heroes 7, pc, Ubisoft