Milo “was never announced as a game,” Says Microsoft 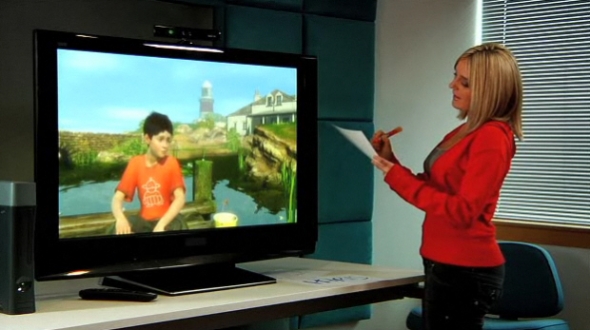 Milo was “never a product” and “was never announced as a game,” Microsoft are saying. Alex Kipman, Microsoft’s director of incubation and creator of Kinect said, while talking to GI.biz: “Milo was never announced as a game. Milo was a sandbox. In this world of creating experiences I used voice, gestures, identity together. Milo was the sandbox which allowed us to define how to do these experiences, and what you saw was a transformational experience where you got a level of emotional connection unlike anything you had seen before.”

He says he feels Kinectimals is the game that retains Milo’s spirit.

“Now, where has Milo gone? It was never really a product, I will tell you that the technology developed in that sandbox, and by the way we continue to develop technologies in that sandbox, has migrated pretty closely to what you see in a game called Kinectimals.

“Kinectimals is about creating an emotional, deep relationship between you and this tiger cub. It uses identity, knows who you are. It actually reacts differently when you walk in front of it, because it’s your tiger, than when I walk in front of it, because it doesn’t know me. It uses voice, so that you can interact with it and play with it, it uses gestures and essentially moves you to this deep adventure on an island where you’re finding the secret of a pirate in much the same way as a traditional adventure type game.

“This is one of what I would say was one of the key innovations, that captured people’s minds with Milo – this idea that we could create an emotion engine, an engine that would fuse these human input behaviours and create a relationship with this imaginary character. What I think you see in Kinectimals is precisely that.”