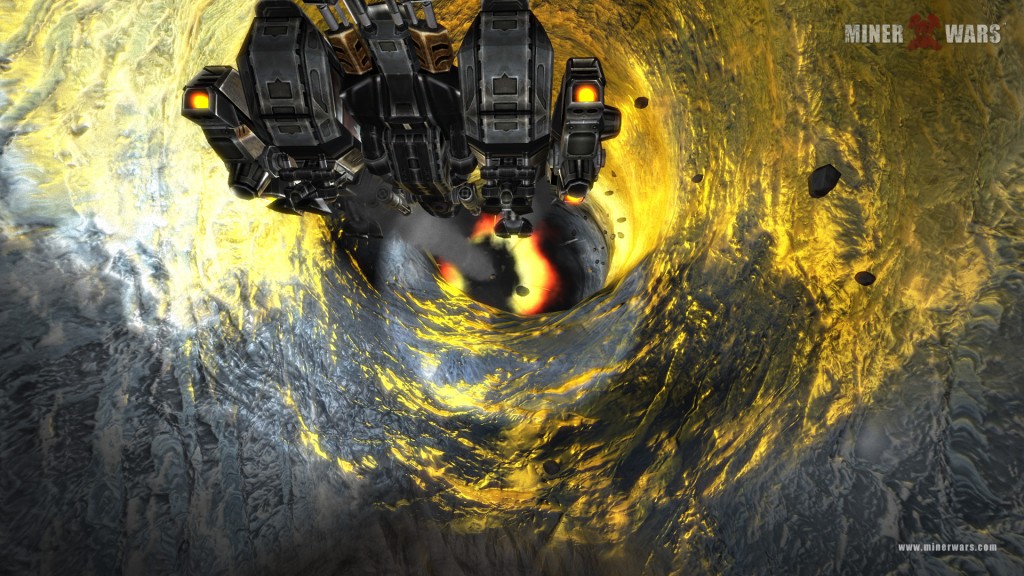 They say that their game is a solid fit for the Rift because of their engine VRAGE that allowes them to implement 6DOF–which is sort of essential for virtual reality. The game will also purportedly support future VR headsets.

Here’s what they said as to how it enhances their game: “With Head-Tracking and the addition of Stereo Displays compatibilty we expect players to be able to experience a richer Miner Wars 2081 immersion. We’ll be polishing the cockpits in places we thought people would never look, and you may start using the side windows tactically in ways that we never initially intended!,”  Marek  Rosa, the creative director of Miner Wars 2081, revealed.

“We feel this project is perfect for our type of game, and itwill bring the six degrees of freedom feel that virtual reality units are traditionally attracted to! So we’re stocking up on our whips, forcing our 3D artists to model things behind and under the ‘viewport’.”

The dev kits for the Oculus Rift will be shipped this December and a consumer version of the same is yet to be announced.

The Steam Deck and Switch are good enough examples for Sony to follow.

"Our game and website DO NOT collect any information or data," the developer has said in response to recent re...

In space, no one can hear Dead Space ripping The Callisto Protocol's limbs apart.

Forspoken Guide: All Bosses And How To Defeat Them

A complete guide to defeating all bosses in Forspoken.

Forspoken Guide: All Magical Spells Types And How To Unlock All of Them

A complete guide to unlocking all spells in Forspoken.