First off I just want to say that in terms of graphics, MLB 10 is one of the most visually stunning sports games I have ever had the pleasure of testing. This is groundbreaking and setting the bar for material folding dynamic lighting and what ever else they threw in to make MLB 10 as beautiful as it is. The textures are good, the grass gets a little sketchy looking when super zoomed in but for the most part that’s typical. The faces are pretty realistic and I could pick out players before seeing names which is always a good indicator that the modeling team put in some work.

That being said, the actual game has a few minor flaws, as all do. To say the least it actually felt like I was playing against the New York Yankees. After two quick strike outs the Yanks follow up my large ego boost by devastating me with three consecutive home runs. Which baseball fans know is not absolutely impractical, I can think of a few 4 in a rowers in real league play. To a new gamer this can be quite deteriorating on a users will to continue. 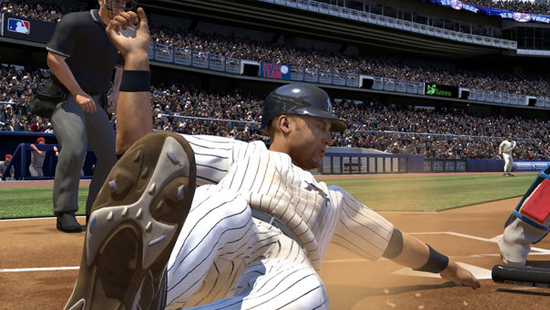 Derek Jeter slides in for a run.

The pitching system is very standard even though they boast big updates. Basically it’s the whole duel meter system; you pick your speed and then time the “sweet spot” where the pitch will be most accurate. My issue was that by the third inning my starting pitcher was completely wore out and had to timing meter anymore, and I assume because it was a demo, was unable to sub him or get my bullpen going. The game pretty much tells you where to put the pitches and which ones to throw, but if you’re an experienced baseball fan you will not agree with the games decisions all the time.

Hitting, I found to be particularly harder than average, which is something I’m typically great at. Normally I laugh in complete obliteration of my best friends as I hit my twelfth consecutive home run in MLB Triple Play. For some reason what ever the cause, after two separate games, I was unable to drive in a single run only because of my inability to make solid contact with the ball with more than one hitter in an inning. I’m sure if I played a little more I’d get it, just seems very tricky. 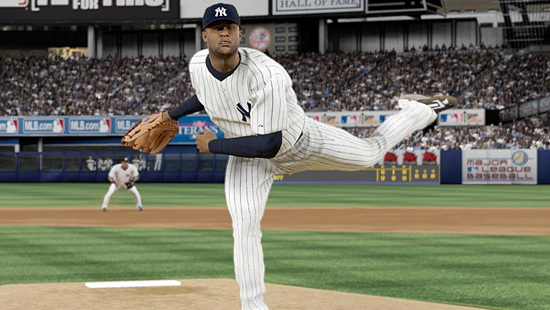 Yes, this is in game..what now.

The information is quite overbearing to be honest, making the learning cure for MLB 10 a little steeper than anticipated. MLB 10 gives you full page in game hints that I had no intention of reading. Pop ups generating after every in game event was frankly a little annoying. Not to mention that each one was jammed full of information that I care not to read on the demo. The idea of having to predict where the pitch will be to make solid contact is over doing baseball games. It should be an option not a feature.

The animations are stunning; everything looks life like and realistic. C.C. Sebathia looks uncanny and one can only imagine that the use of motion capture for a vast majority of the bigger names were used. It looks like as if MLB 10 integrated actual styles for the pitchers. 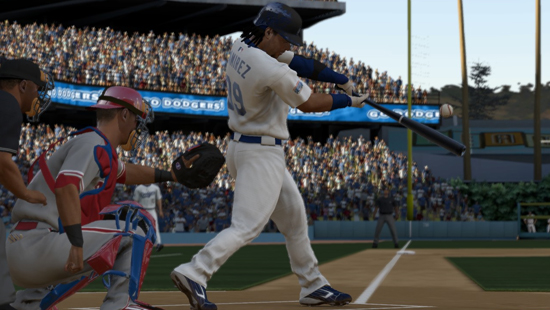 The sounds are perfect; the next best thing is actually sitting in a diamond listening to the sounds of actual play. They did a great job capturing the environment of baseball, minus all the beer heckling and “HOTDOGS!!!” guys. I bet they are in there somewhere though, bastards…

Overall MLB 10 The Show is pretty standard for baseball games as far as technicalities go, it is just nice to have something this beautiful to look at. If I had to rate the game on game play it would be pretty standard, seeing as The Show 10 is so great looking it actually makes the game better to play.