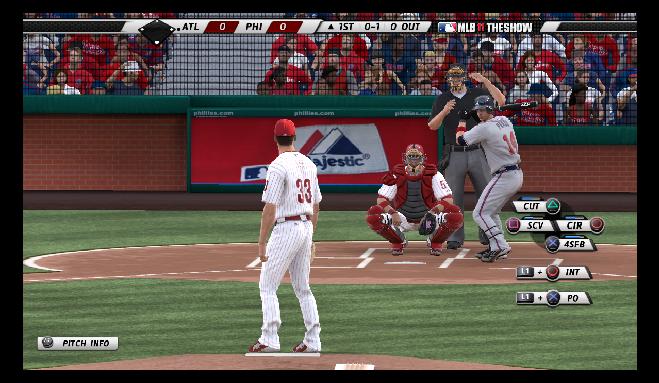 One of the top Baseball game franchises is back and continues to dominate the gaming world of baseball in some eyes while competing in others, the game is MLB 11: The Show of which I am speaking of.  It is hard to top this franchise with it graphically being so good and the sense of realism MLB 11: The Show brings to the table.  One thing I just want to get out of the way the that the game has been released for the Playstation 3, Playstation 2 and PSP.  With this Playstation 3 exclusive, right on the front of the box it says Playstation Move compatible and it is definitely a lead on as you can only use the Playstation Move Wand in the Home Run Derby Mode which is tons of fun, but that is where the PS Move Compatibility ends.  Moving on there are not any other major differences than the last, but rather an improvement on all the aspects of the game even adding a new optional stick control mode.

The graphics of the game are just astonishing making you feel like you are right there in the game, sometimes so much that random things happen like a person falling onto the field trying to catch a foul ball.  Each player in the game is so perfectly resembling themselves in real life down to a mole, a haircut, a build, a batting stance and even down to the actual players statistics making bad or good moves resembling their real life game.  You can even start up Exhibition Mode and let the AI go at watching how closely each player resembles their real life counterpart in looks and in gameplay. 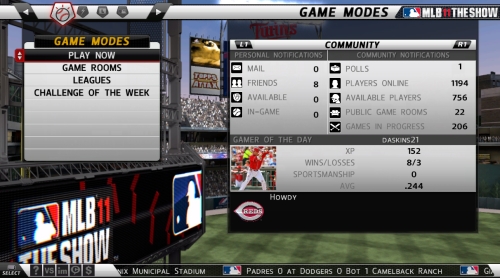 A new addition the the franchise is the ‘Pure Analog Controls’ which you can switch to play with these controls with batting, pitching and throwing or individually use the new analog feature with batting for example while keeping original controls for pitching.  This new analog feature is very hard to get used to but at the same time really adds a new element to the game in which mastered gives you more control than ever in a baseball game, it’s just a shame it is so difficult to use.  When it comes to pitching you hold the right stick down until the indicator climbs down and back up again to a gold bar where you want to release the stick at.  Releasing the stick on that exact point will give you a pretty perfect pitch while curving the stick left or right afterwards will sway the ball in the direction.  Now batting in my opinion is a little bit more difficult, as the easy way to describe it is to pull back on the stick once the ball leaves the pitchers hand and push up on the stick to hit the ball, but unfortunately it’s not that easy.  You see in between all that you still have to get the timing down right and make sure ball is being thrown inside the strike zone and know what kind of pitch you are getting which is a lot in such a short time frame to grasp.  If you can get that down, well bless your soul because you will be home runs like crazy.  Now throwing on the other hand is nice and easy to get down, once you have to the ball down on the stick throws home, right to first base, up to second and left to  third.  You can even fake throw just adding that much more realism to the game.

There are the usual modes that return to the game like Road to the Show, Franchise and Season with Exhibition getting you right into the action with up to 4 players that you can play with.  Upon starting Road to the Show you are giving an option on how you player with ultimately grow.  As you progress through the mode you will gain experience which has actually been changed in this years game making a little more sense and balancing things out.  There are also new training sessions available in Road to the Show where goals are set, while the better you do in reaching them the more points you get, but you can also lose points too, not too mention you’ll a rivals scores you have to keep up with. Franchise mode is just like real life, is fact as real as it can get, take trading players for instance, if you want a good you going to need to pay up or trade one of your best making it as real as ever.  Here is a curve ball for you as true baseball fans will be happy to know that the field stats of players actually matter now as oppose to previous games.  The better your fielders stats are the better the will do in the outfield, shortstop or base men. 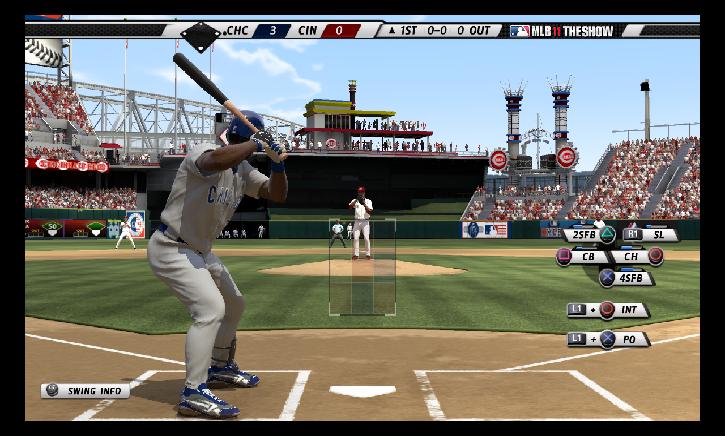 New to this years game is the 4 player online co-op mode in which you can go up against an AI team3 of your friends or actually play another group of 4 players.  This is of course only playable in Exhibition mode to keep things simple with the new co-op play which can also be done locally.  There is also a ‘Challenge of the Week’ mode that lets you earn as much points as you can before striking out three times.  Unless you are willing to pay money you will have to wait until next week to try to rack up points again and even have a chance to win real prizes.  Win or lose playing online will get you XP, but unfortunately there are still lag issues while playing online after all the games released, some lag issues being more game braking than other, it is still there.

There is also a camera system that will even mimic angles seen on a television broadcast.  That combined with the stellar graphics make the game quite an experience.  These camera angles can of course be tweaked as there are many of them.  Creating your character is so in depth you can literally make him look exactly like you granted you have the hours to spend doing so, but the details of creating a character are endless.  There are so many different options in the game but I have not come across one to turn the announcers off as they were no pleasant addition to the after a while.  Other than that the sound of the was actually truly amazing hearing the crowd, I can’t imagine all the little thing the recorded to make you feel like you were in a real arena.  With the analog controls being the heart of the changes made in MLB 11: The Show, the game is basically the same as last years with small improvements in almost every aspect.  This easily makes the game the best in the franchise yet so true baseball game fans sure be sure to pick it up while other gamers might want to test it out to see if it has what they are looking for.

Online lag is still there. Other than the analog control system there is not a huge difference from last years game.

Final Verdict:
GOOD
So far the best game in the franchise is back adding online co-op, a unique analog control system all making you feel like you right there on the field more so than ever before.
A copy of this game was provided by Developer/Publisher/Distributor/PR Agency for review purposes. Click here to know more about our Reviews Policy.