MLB The Show 16 Dev On Network Issues, Announces Free Stuff For Anyone Who Suffered From The Problem

"We apologize that the excitement of launch and the start of the season has been soured by these issues. " 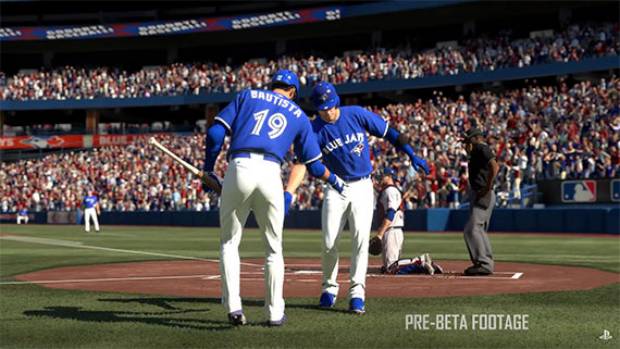 MLB The Show 16 has had a number of problems since the game launched in March. Chief among them are the connectivity issues that SCE San Diego has had problems fixing. The development team believes it has finally fixed the problem by launching patch 1.02 on Thursday. In a blog post on the game’s official forums the company announced not only did it think it had fixed the connectivity issues but would also issue a gift to those who had been dealing with the problem.

“We apologize that the excitement of launch and the start of the season has been soured by these issues. Our team is taking every step necessary and working around the clock to stabilize our online servers as soon as possible. In acknowledgment of the frustration these issues have caused, if you’ve played The Show 16 while connected to PlayStation Network before 1 pm PDT, Friday, April 8, we’re adding 5,000 stubs and 10 standard packs to your account. Stubs will show up automatically by Tuesday, April 12; no redemption required. Packs can be accessed in the “Open Packs” section by Tuesday, April 12 (via “Main Menu > My Locker > Inventory > Open Packs”),” the company stated.

Getting into the servers has really only been part of the problem. There have also been problems with the game freezing up when going into one screen or another. Now that it looks like the problems have been ironed out, it’s time to figure out whether you want to purchase MLB The Show 16 and before you make that decision, check out our wiki to get all the info on the game.