Finely-tuned tweaks and meaningful additions make this year’s The Show one of the best outings of the entire series.

Lots of legacy sports game franchises are finally starting to actually catch notable flak from their audiences in recent years for their recycled assets, minimal updates, and unpolished release builds. This has thankfully seemed to trigger some serious scrambling by many publishers to shake things up – even those who weren’t necessarily resting on their laurels. It seems that MLB The Show might just be one of those franchises. While last year’s offering certainly could have used some more meat on the bone – particularly in its franchise mode – it was still a solid offering and a fine baseball game. MLB The Show 22 largely rejects the safe route of only tweaking around the edges. It often feels like a thorough revamp that has resulted in new modes, meaningful additions to existing modes, and small conservative tweaks to general gameplay that make it really feel like a substantial follow up to last year’s game.

MLB The Show seems very focused on broadening its player base this time around. With cross-play and cross-save functionality now including Nintendo Switch players, the game can now be played by more people than ever. This review is for the PS5 version, so I can’t speak on how well any of that performs on Switch, but it’s certainly a commendable goal for what it’s worth. On PS5 though, the game runs as well as it ever has. Going multi-platform last year seems to have done little to nothing in terms of affecting Sony San Diego’s ability to keep things running smoothly on their original platform. I didn’t notice anything in the way of fidelity or effects that last year’s game wasn’t capable of, but that really just speaks to how sharp 2021’s version was more than anything.

"MLB The Show 22 often feels like a thorough revamp that has resulted in new modes, meaningful additions to existing modes, and small conservative tweaks to general gameplay that make it really feel like a substantial follow up to last year’s game."

There really isn’t much of an equivalent of The Show to compare it to these days, but generally speaking in the sports game world, this is certainly one of the better-looking games in the genre. Clothing fabric twists and turns naturally with characters’ bodies, and crucial animations like batters regaining their balance after overstepping a base seem slightly improved over 2021’s game, making the simulation effect a little stronger. These things seem to shine even brighter when playing around with legend players for some reason, of which there are some notable new additions as well. I do wish facial expressions had seen a similar level of improvement though, as great hair and clothes don’t go as far as they could when players are still making the same cold, blank expressions that they always had 90% of the time. This doesn’t seem to be something that the community complains about much, so maybe I’m in the minority on that, but I still think it’s worth pointing out.

Along with the broadening of the player base also seems to be a very logical focus on accessibility for newer players. Lots of tutorials lightly pepper the experience – and usually only show up when they’re relevant, which mostly succeeds in striking that elusive balance between keeping you informed and keeping you in the game – but not always. You can easily turn them off when you’ve had enough though, which for me is almost immediately. Transitioning your March to October team to other modes ensures you can keep playing the way you want – even if it doesn’t make a whole lot of sense. Improvements to trade logic like valuing top players with higher premiums in trade negotiations, and valuing relief pitchers less than starting ones, along with several other deliberate tweaks like expanding the max contract terms to 15 years and making exclusive negotiations among free agents sparser, help players manage their teams the way they want and truly experience the baseball simulation fantasy a lot easier.

Some subtle touches to the general gameplay are also welcome, like the ability to lock in your spot on the strike zone with dynamic sensitivity, which gives batters more precision, and perfect throws now doable for in-fielders as well as outfielders, giving the pitching side more control over their team in tense moments where every second counts, which in turn results in much more satisfaction when you take somebody out on their way to the home plate. Online co-op is also a new addition to this year’s game, but sadly I wasn’t able to find anybody online to test it with before launch. Still, the numerous tweaks and adjustments made all over the game’s many modes are smart and well-calibrated. Along with more detailed difficulty and complexity settings, these changes should result in a smoother on-ramp for new and casual players alike while not sacrificing much if any of the depth that veterans enjoy.

Road to the Show, which most consider the centerpiece of the game, is also in good shape here. While it can still bog you down in charts, tips, and inconsequential text conversations for longer than I prefer, the banter of the podcast hosts and commentators that tie the events together outshine that, and make this the best version of this mode in my opinion. Although I still think a little more variety in what the commentators say in between events that reacts better to the specifics of what actually transpired could’ve really elevated this mode closer to its potential. 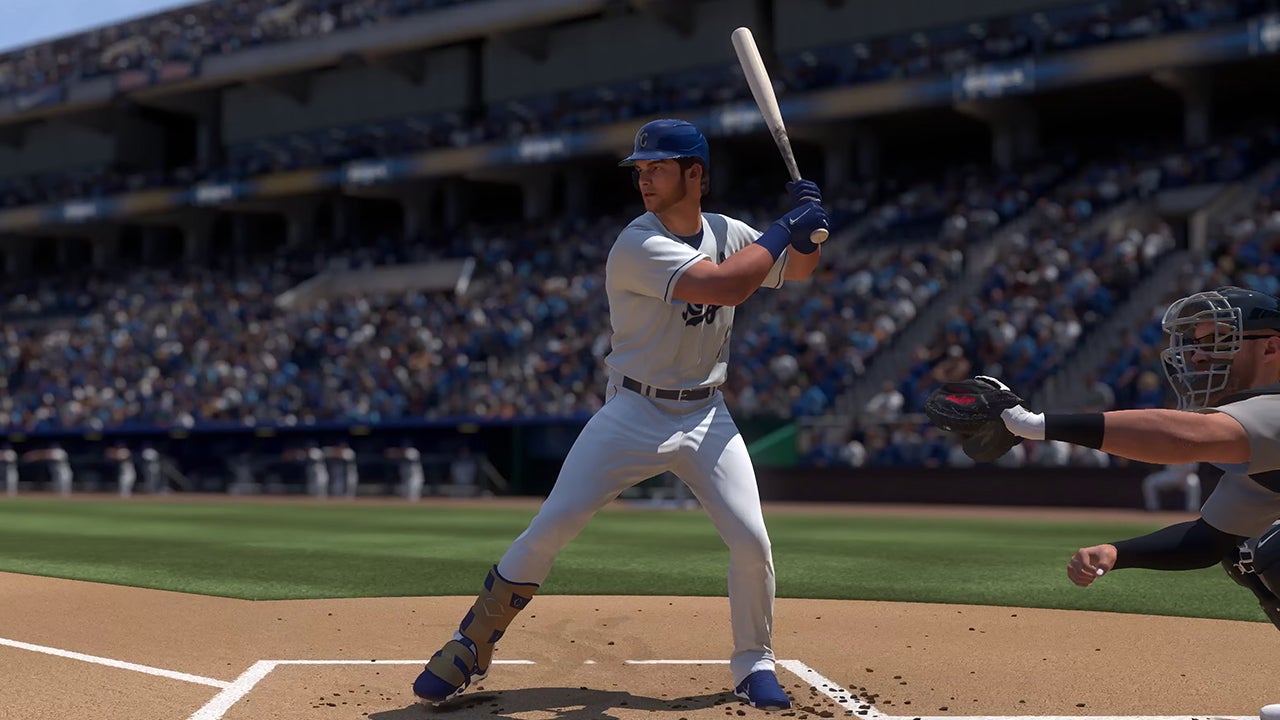 "MLB The Show 22 is arguably the most notable leap the series has taken in recent memory. Perhaps a result of the influx of new blood from going multiplatform last year, it seems like Sony San Diego is really trying to make the most out of this era of the franchise’s history where more eyes are on them than ever before."

When you find yourself wanting to explore the game’s many modes, exhibition, practice, and the improved stadium creator could easily give you hours of entertainment. The latter in particular seems to be beefed up a bit with several new stadium templates for you to start out with and customize to your liking with different props, seating customization, and other elements that make this feel like a more actualized mode than last year’s version.

Audio has never really been a weak point for this series, but it hasn’t really stood out either. This year’s game is no different in that regard. Some modern licensed music rumbles in the background effectively mimicking the atmosphere of a real ball game, but the banter between players, cracks of the bat, catches, and most other sound effects are moderately convincing at best. Granted, sound effects might not be as important to a baseball game as a football or basketball game, but underestimating the power of high-quality sound effects is a mistake no matter what, and as usual, it feels a bit glazed over more often than not in The Show 22.

MLB The Show 22 is arguably the most notable leap the series has taken in recent memory. Perhaps a result of the influx of new blood from going multiplatform last year, it seems like Sony San Diego is really trying to make the most out of this era of the franchise’s history where more eyes are on them than ever before. Outside of a few small gripes I do have with the somewhat clunky career mode, a mediocre soundtrack, and awkward character expressions that can subtract from the fantasy at times, this is yet another damn fine baseball game from Sony San Diego that isn’t quite a home run, but still manages to fly deep enough into left field to put some more points on the board.

Final Verdict:
GREAT
MLB The Show 22 still has room to improve for the future, but makes more than enough changes to remain a great baseball experience at the end of the day.
A copy of this game was provided by Developer/Publisher/Distributor/PR Agency for review purposes. Click here to know more about our Reviews Policy.