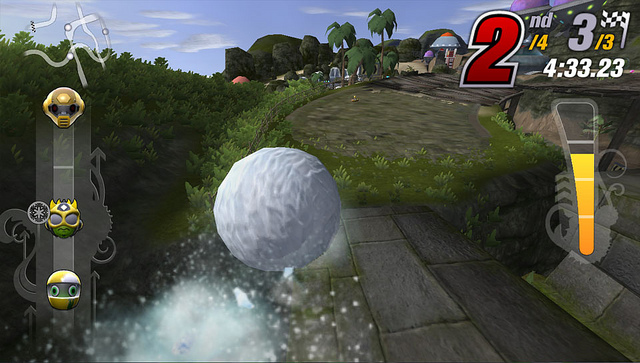 Sony has announced that the PS Vita version of their kart racing franchise, called ModNation Racers: Road Trip, will not feature online play. That’s a huge bummer because, well, ModNation Racers, the franchise, is basically all about sharing, creating and playing online. Without online, half the fun of the game has been taken away. More than half, actually.

The game’s producer, Vernon Mollette II confirmed yesterday via live chat that the game will not have online multiplayer, and that it will feature only Ad-Hoc. This is a huge surprise, since even the PSP version had online.

The game will feature “asynchronous” multiplayer, in which players will record their best times on laps and play against ghost cars. Players will, however, be able to share their created tracks online.

All the trophies of the game will also be achievable without an online connection.

This is a huge bummer, since half the appeal of the game has been taken away. Oh well, let’s wait and see how it pans out.