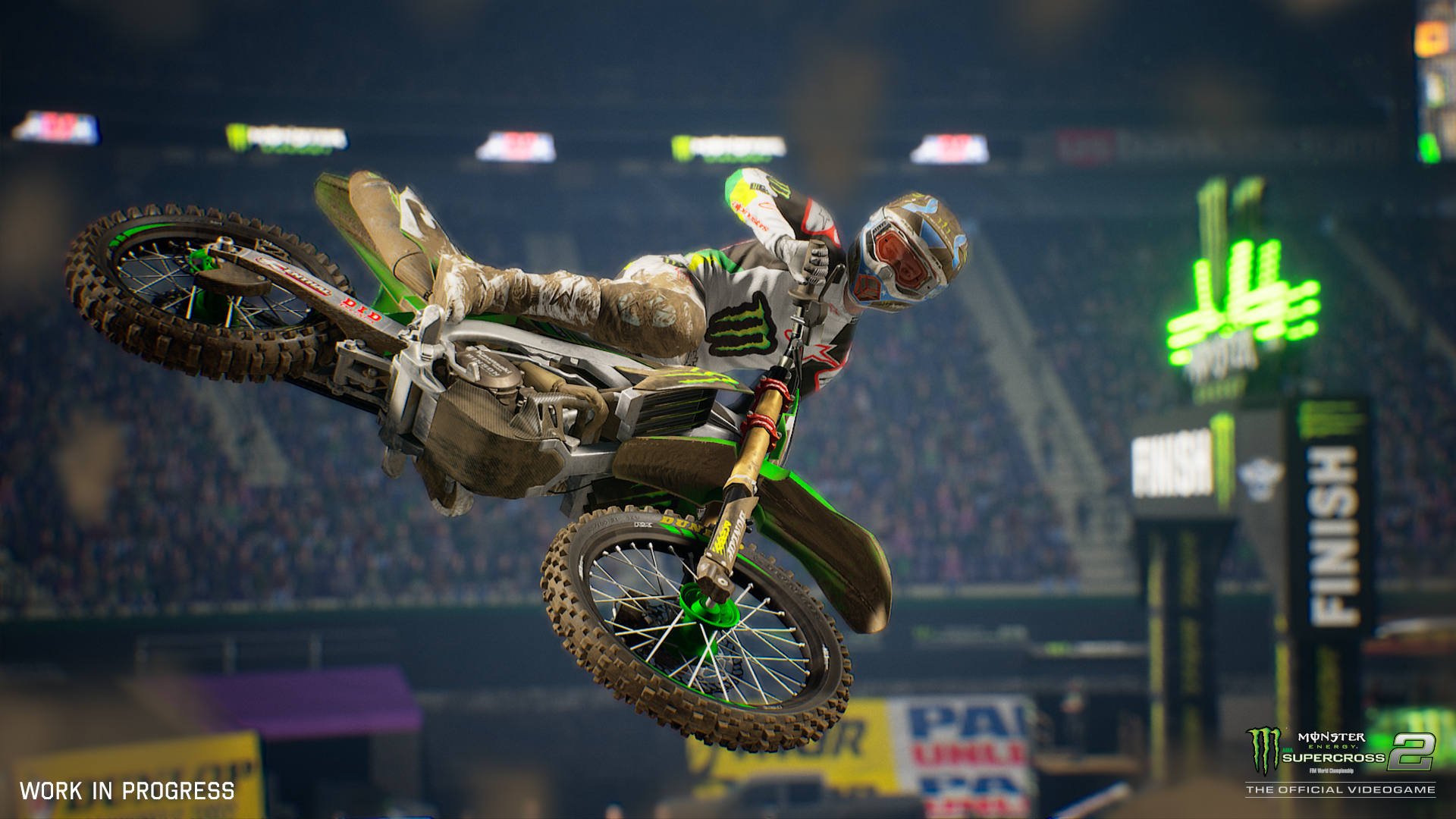 Motorcycle connoisseurs Milestone recently churned out the solid RIDE 3, but their next project is also already in the pipeline. Monster Energy Supercross 2 is due out early next year, and in anticipation of its release, we recently conducted an interview with Mauro Indini, game designer on the upcoming title. Among several other things, we asked Indini about the game’s technical aspects on each of the consoles it is releasing on, regarding both frame-rate and resolution, and got some interesting details.

Indini confirmed that on both the PS4 and the Xbox One, the game would run at a frame rate of 30 frames per second. As for the resolution, those figures are about what you would expect them to be- on the PS4, Monster Energy Supercross 2 will render at 1080p, and at 900p on the Xbox One.

As for the Switch, Indini told us that “both the resolution and frame rate have been improved in comparison with the previous video game in the undocked mode”, but didn’t go into the specifics of what those improvements are going to be. Meanwhile, in docked mode on the Switch, the game will run at 720p.

Monster Energy Supercross 2 is due out on February 8, 2019 for the PS4, Xbox One, Nintendo Switch, and PC. Stay tuned to GamingBolt, our full interview with Indini will be going live soon.