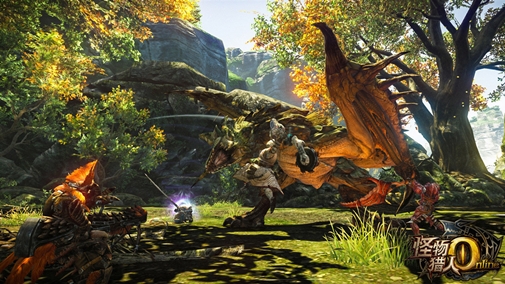 Monster Hunter Online is the most graphically enhanced Monster Hunter game, it’s running on the beautiful CryEngine 3 and looks gorgeous. It’s amazing to see such a long on-going franchise with graphical jumps. The graphical overhaul is what the Monster Hunter fans have been asking for quite a while.

Right now, the game will only be available on PC in China. Crytek have originally stated that the game will see an international release, however; the statement was later removed without notice for an unknown reason. Meanwhile, there’s still hope the game is still coming outside China and also hopefully on next-generation platforms such as the PlayStation 4 and Xbox One.

Let us know what you think of Monster Hunter Online in the comments section below.