Monster Hunter Stories 2: Wings of Ruin Guide – How to Get Anjanath and Tigrex, and Locate Shakalakas

Here's how to capture two strong Monsties for your party along with locating the tricky Shakalakas to craft better gear. 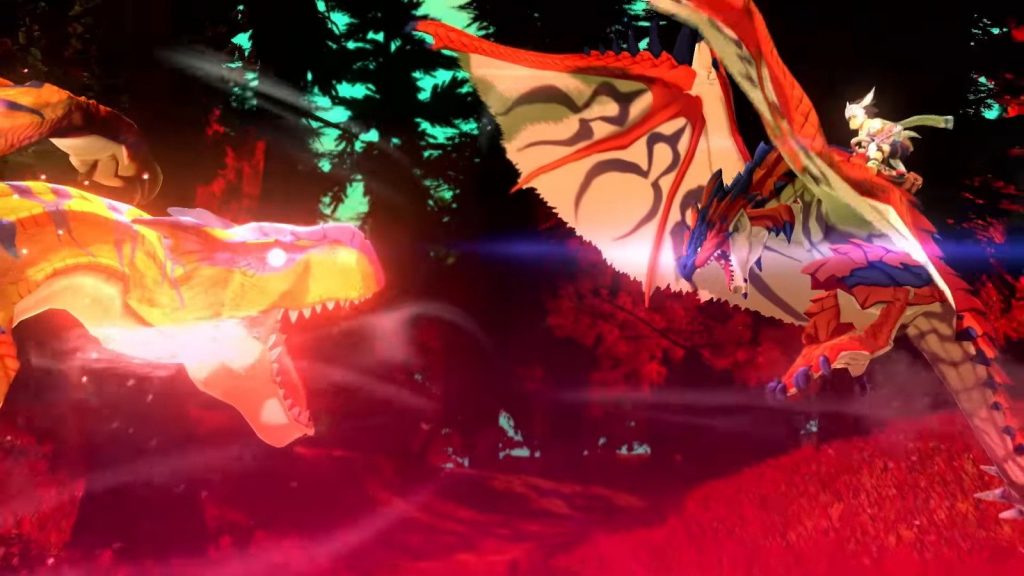 Anjanath is one of Monster Hunter’s more iconic monsters and is just as fearsome in Monster Hunter Stories 2: Wings of Ruin. As such, it’d make an excellent addition to one’s team early on but how do you get one? The first thing to do is head to North Kamuna Forest. Make sure you have Paintballs handy (crafted with Sap Plant and Paintberry). Enter the battle and pelt Anjanath with Paintballs before inflicing Water damage.

After it retreats, look for Anjanath eggs in its den (pay close attention for a shiny egg since that will provide better offspring). Take it and return to your base to hatch it. If you’re having trouble finding a shiny Anjanath egg, use a Finding Charm with the Prayer Pot before heading out.

How to Get Tigrex

Tigrex is another matter entirely. As one of the first Royal Monsters you tussle with, it’s very strong but means having it on your team will be great. Though you’ll encounter it more commonly when the fourth region is available, there’s a way to face a Tigrex and hatch its egg early.

First head to the Alcala Highlands and scope out three locations – the central area where there’s a stream; Harzgai Rocky Hill at the peak; and inside of Harzgai Rocky Hill via the exit to the left. Once the battle begins, you have to inflict as much damage as possible – target it with Electric attacks (the Great Sword is particularly handy when going for the head). Make sure to use Shock Traps when it’s Enraged and about to use a Power Attack along with Paintballs to increase its chances of retreating.

The Shakalakas are akin to the Gajalakas from Monster Hunter World with their masks and relatively unknown identities (which makes sense since the latter are descendants). Despite their size, they can be very annoying, using poison, Bounce and Sleep Bombs. Shakalakas appear in the last area of the game and are used for making High Rank gear. So once you enter the post-game, you’ll need to start hunting them – they drop treasure for crafting Zinogre gear.

Shakalakas can be found in the Terga region at the base of Terga Volcano. Since they’re good at camouflaging themselves, it helps to have a Monstie that can detect nearby foes. Check the monster dens until a Shakalaka appears and then engage it in combat. Despite their annoying attacks, they don’t deal tons of damage so it should be easy to overwhelm them.