Monster Hunter: World Complete Guide For The Kulve Taroth Siege – How To Start, Tips And Rewards

A complete guide to get the quest and then defeat the Kulve Taroth monster. 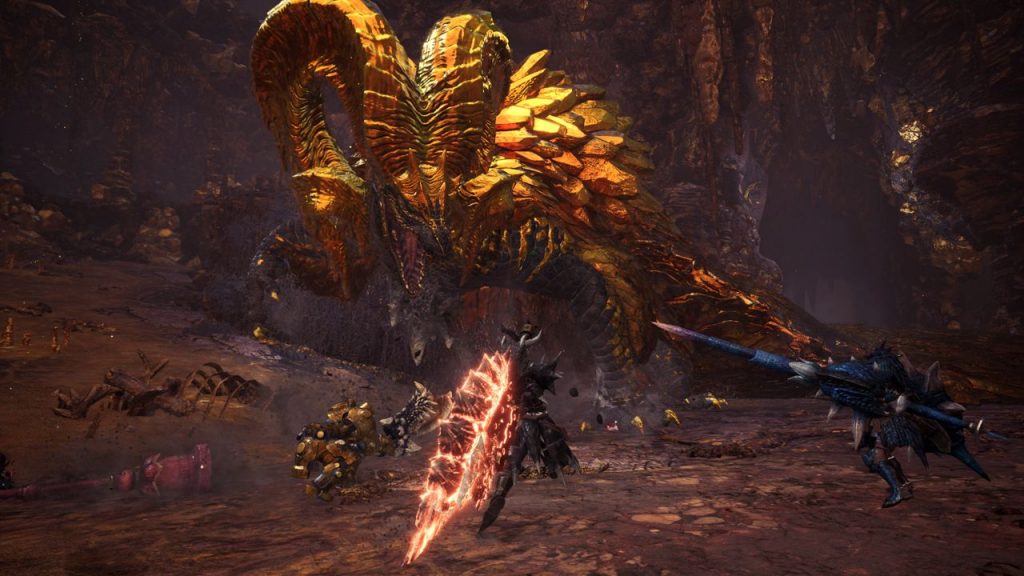 A new gigantic Elder Dragon is now present in Monster Hunter: World called Kulve Taroth. Defeating this dragon is no easy task and it will take a group of 16 people to bring down this behemoth. This siege quest will be available only until May 3, but it will make a return again at some point.

Teamwork is key in this mission as going in with more players ensures that you gain better rewards from defeating Kulve Taroth. There are some great items to be gained from defeating this dragon, possibly even including some great weapons and armor.

Not anyone can do this quest as it is exists only as part of end-game content. Therefore, to even attempt this quest, you need to have finished the game’s main storyline and also have a Hunter Rank of 16. Before you can start the quest, you will need to collect a sample from Kulve Taroth. This Elder Dragon is covered in gold all the time, so look out for any such object on your expeditions. Once you’ve got the required item, you’ll be called back to base and a short cutscene will follow.

You can now start the siege and see a list of all the different objectives you can try to complete. Make sure you’re well prepared before going in for the fight, and make sure you go in with a group of 16 people. You can choose to go in fewer members and it’s certainly possible to still defeat this boss, but you’ll get better rewards if you go with a full group consisting of 16 hunters in total.

When fighting the Kulve Taroth, you have to keep in mind that there are different objectives you can complete to earn points. This can get a competitive as different groups of 4 try to get the most point for themselves. However, you can also choose to cooperate and maximize points earned for each group.

There are different phases to the fight with this Elder Dragon. At the moment when the dragon’s horns are broken off, the investigation is considered to be complete. You can then choose to try your luck with the siege again in hopes of gaining better rewards.

In the first phase of the fight, just keep targeting different body parts of the monster and make use of the environment. Drop boulders on top of the dragon to cause huge damage. Whenever any items drop, be sure to pick it up immediately before some other creatures make away with your precious loot. Try and score as many points as you can until the beast at moves to another area in the cavern.

In this next phase, the dragon becomes a little more aggressive and will deal some devastating blows. However, she’s not very fast so make sure you understand her attack patterns before heading in to attack. One especially devastating attack she performs here is a roll that can be lethal, so make sure you get as far away as possible when you see her starting to use this attack.

In the third phase, the Elder Dragon will move to an area covered in lava. Obviously, you’ll have to be careful in this area so that you’re not burnt to a crisp! Make sure you use any cool drinks you have. You can also pick up Chillshrooms at the entrance to this area. Make sure you avoid the dragon’s lava attacks at all costs. you can also try luring her onto the lava as she will take quite a lot of damage from it. Once its armor gets weakened, keep attacking it so that it sheds its armor.

In the fourth and final area, Kulve Taroth loses the gold plating and as a result becomes much more agile and aggressive. Be careful of the many fire attacks that she’s going to use as they can be devastating. Just keep dodging all of her attacks and then get in an attack or two whenever possible. eventually, the dragon will die or it will escape and you will get access to rewards based on how many objectives you completed and how high your reward level is.

Defeating the Kulve Taroth can net you a rare relic weapon which you will have to get appraised at a smithy. Like all relic weapons in the series, these will be randomly made out of a piece of an existing weapon and a golden part from Kulve Taroth.

Additionally, you can also use materials gained from the Kulve Tarroth to craft armor for yourself and your palico companion. After finishing the siege, you should look out for a special delivery request that will grant you access to new layered armor.