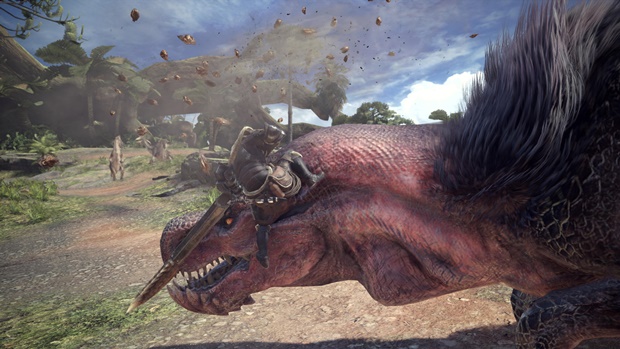 Hype for Monster Hunter World has been steadily building as Capcom slowly reveals more and more of the game. We had received footage of the game which showed off the game’s action as well as its character creation.

A new TV commercial for the game in Japan shows off more of the world’s many monsters, environments, and many epic fights.  The three areas that we have already heard of are also featured in the commercial: Wildspire Waste, Ancient Forest, and Coral Highlands.

The game itself will be a step forward for the series featuring a seamless open world which is basically the player’s playground. Players will also have a huge variety of methods at their disposal in hunting down the many monsters in the game.In case you aren’t satisfied with the 30 seconds of footage and want more, you can also check out 150 minutes of gameplay footage here.

Monster Hunter World is set to release on January 26th for the PS4 and the Xbox One, and will also be releasing on the PC at some later date.