A more in depth look at the upcoming game based on the iconic franchise. 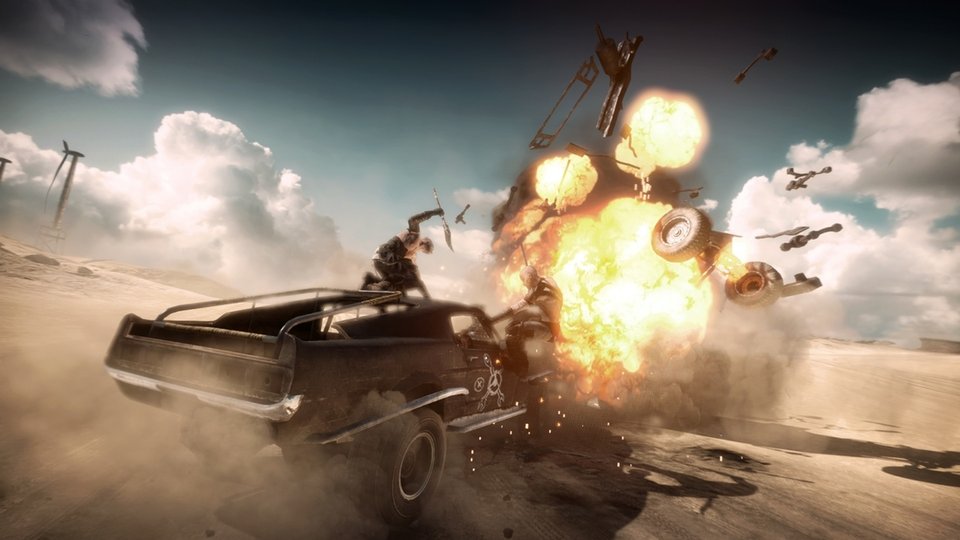 Avalanche Studios’ upcoming Mad Max game is going to be set in, and will borrow elements from, the entirety of the iconic film franchise. The game will see the player try to build up a new war machine after they lose their trusty Interceptor at the beginning of the story.

For the new vehicle, players will have a full range of customization options available to them; the idea, as Avalanche Studios say, is to enable the player to make the perfect war vehicle possible.

The gameplay of the game is simple, although gleefully over the top, combat (mostly vehicular), supplemented by some rather exaggerated physics. Outside of the combat, exploration is key, since you need to scour the world to find parts, food, and fuel. The game de-emphasizes stealth as well. “Stealth is not a key element here,” Avalanhe’s Fuller said. “You can take advantage of an enemy by sneaking up on them, but it’s not recommended.”

Lead designer Gschwari talked about the challenges of taking on a project of this scope. “Mad Max is such an iconic franchise,” he said. “It’s one of the franchises that started the wasteland craze. There’s a lot of games and films based on that franchise or that took inspiration from it. For us, as a studio known for our open-world games, it was something we’ve been wanting to work on for a long time.”

For more news on the title, stay tuned to GamingBolt.