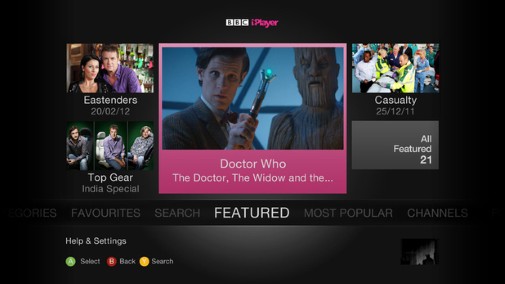 The BBC iPlayer is benefiting the most from this update as it’ll now feature a range of BBC radio stations such as BBC One and BBC Five as well as adding the ability to search for BBC-specific content. The full list can be found below:

That’s not all though; the brand new Sky Now TV app is now available on Xbox Live which let’s users pay a small fee to rent a film of their choice or pay £15 for a month of free movies. The Sky Now TV service is soon to see the addition of Sky Sports and Sky One, great for us who don’t own a Sky package.

Let’s not forget that Netflix also recently introduced ‘Just for Kids’ making child-friendly content easier to find as well as Blinkbox, another way for Live users to rent movies digitally. It’s a good time to be a Live owner.