A mistake possibly shows the next DLC character's release date

It can be a little easy to get caught up in the details about the various guest characters that’s coming for DLC in Mortal Kombat 11, the latest installment in the popular fighting game series, but series regulars deserve some loving too, and one could be coming as soon as mid-next month.

Series creator and producer Ed Boon has been teasing Nightwolf for awhile, leading some to assume he was probably the next in line for DLC. It seems that Nintendo made a bit of a snafu on their eShop sale when they listed Nightwolf as coming August 13th when advertising sales for the main game and its Kombat Pack. It’s since been changed, but the internet never forgets, as you can see below (via Reddit).

We always file leaks under speculation, but considering the source of this one it seems pretty likely that’ll be when Nightwolf drops. Most likely it will be a similar situation to the first DLC character, Shang Tsung, where Kombat Pack owners got the character for a week before letting it be open to purchase for everyone else. We should be hearing something soon. If you need your Nightwolf fix when he drops, the time is probably now to jump into Mortal Kombat 11 on PlayStation 4, Xbox One, Switch, and PC. 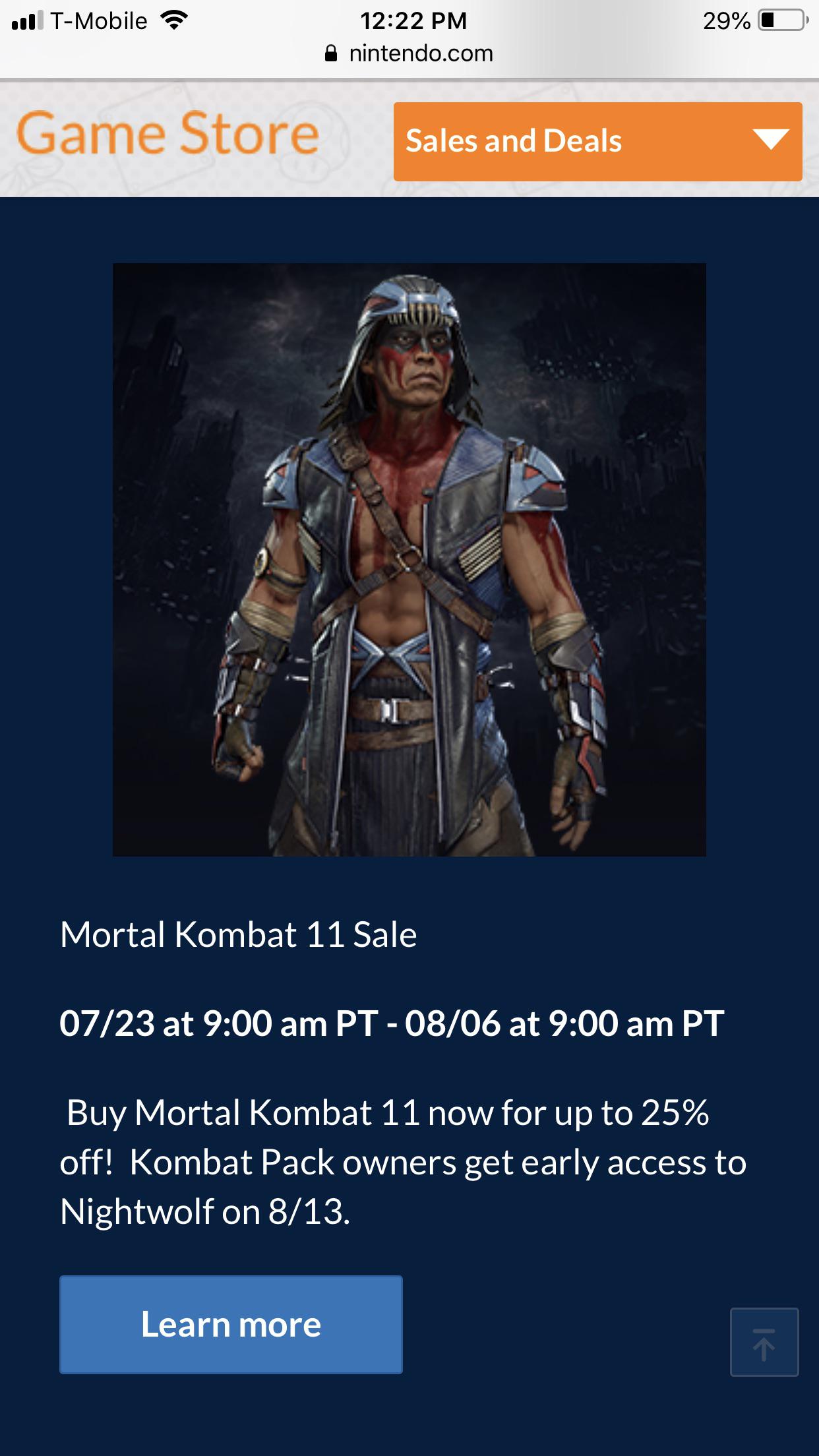