Mortal Kombat 2011 Will Have 26 Characters and DLC

As has been pointed out in an article at ComputerAndVideoGames.com, a new screenshot for Warner Bros’ Mortal Kombat 2011 has confirmed the character set of the game.

There will be 26 characters in the game, and eight of them- confirmed as Reptile, Kung Lao, Milleena, Scropion, Johnny Cage, Sub-Zero, Night Wolf and Sector- have been revealed already. 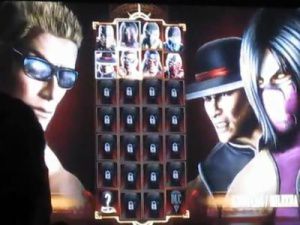 The game will also have DLC (Downloadable Content)- a DLC button can be seen in the bottom right corner of the menu in the screenshot.

Mortal Kombat is due for release next year.