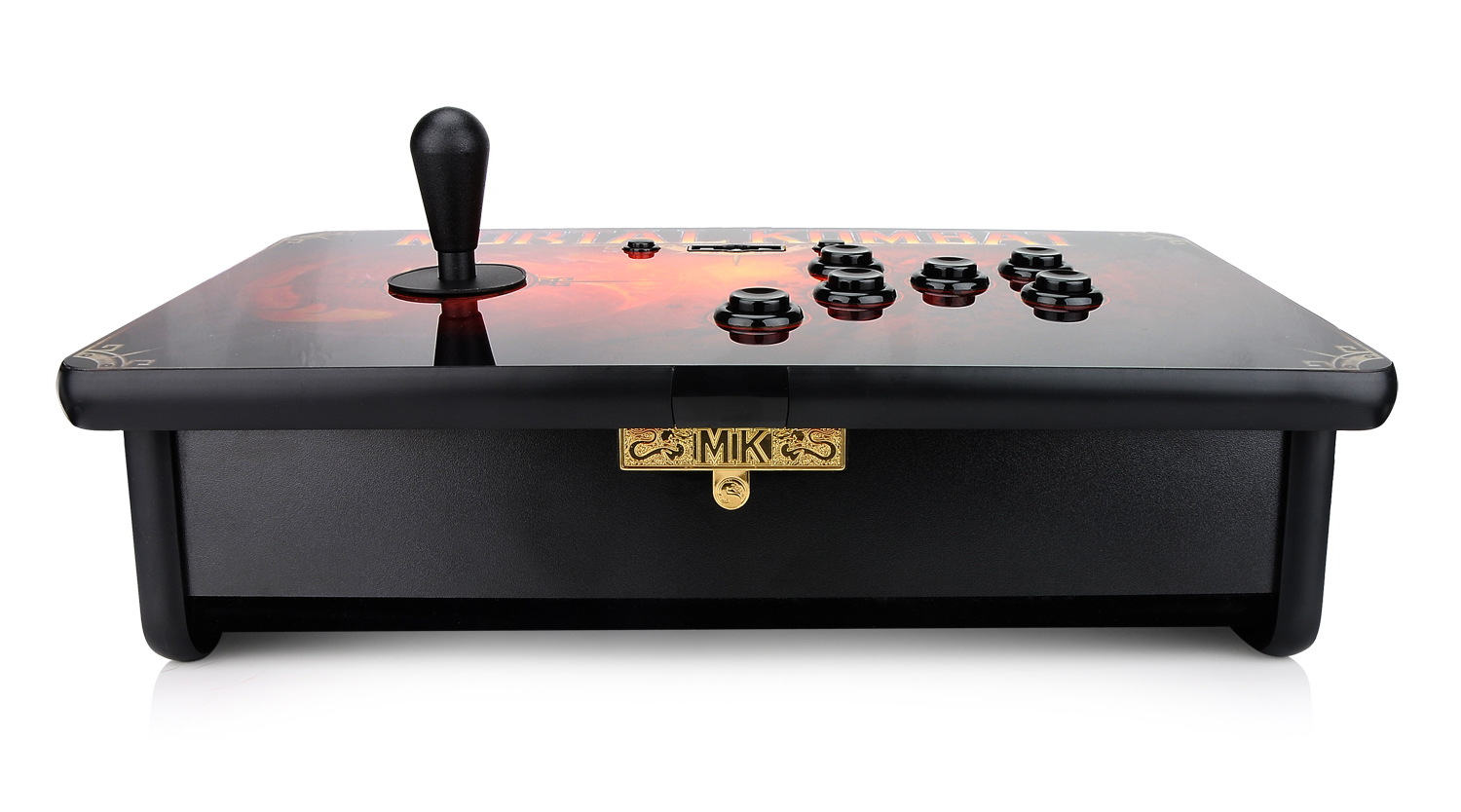 Do you think you are the ultimate champion when it comes to Mortal Kombat?  Were not talking DC vs Mortal Kombat either, we are talking a super event with a lot of cash prizes on the line. Performance Designed Products (PDP) has officially joined the Mortal Kobmat team offering the announcement of their official Mortal Kombat Fight Stick. This will be the first official Mortal Kombat tournament in North America taking place in Las Vegas, Nevada May 14th & 15th. 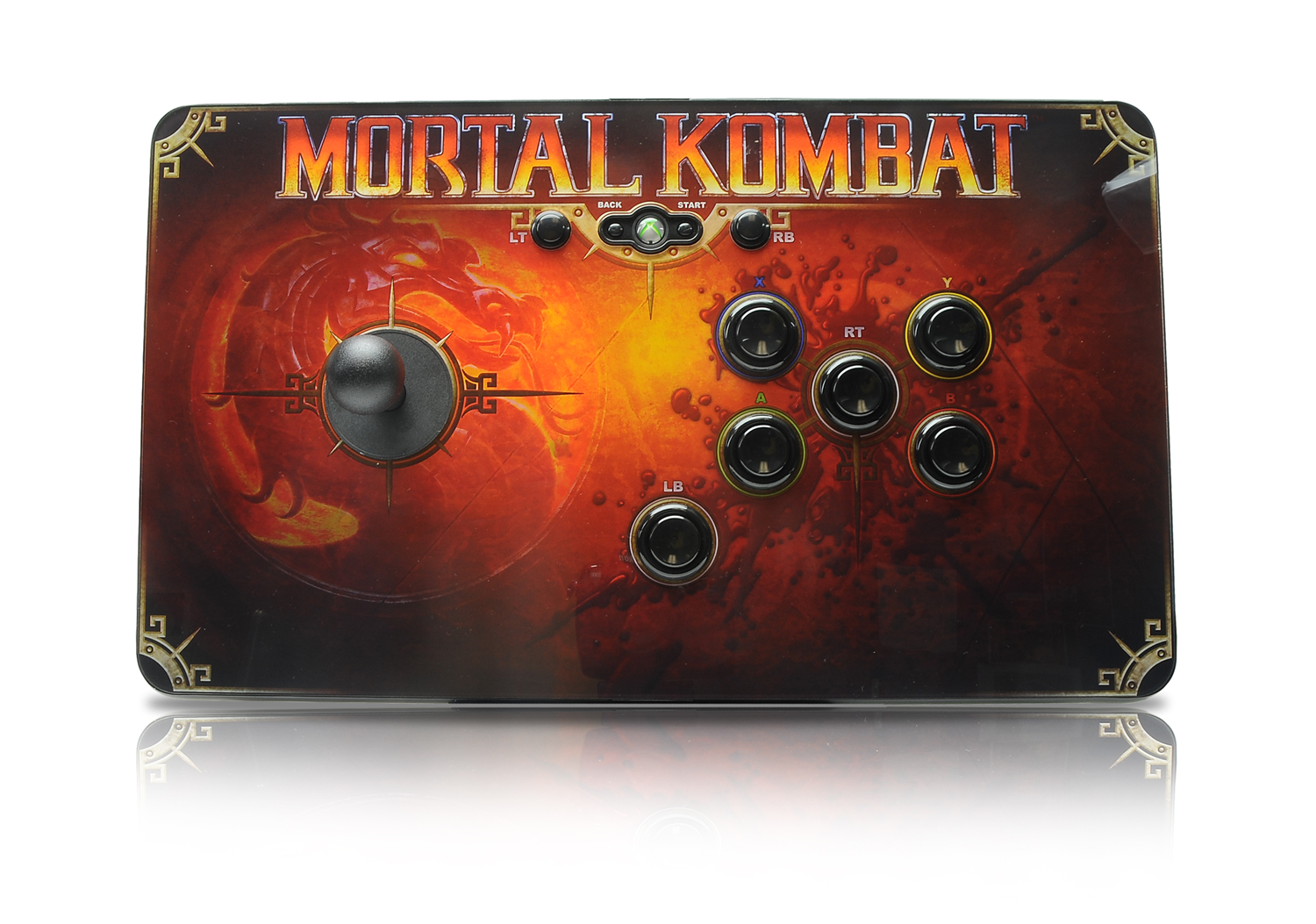 The tournament will be held at Bally’s where the ultimate gamer contestants will battle for $21,000 in prizes. This is the tournament of tournaments when it comes to the fighting style games that has been with us for so long. PDP’s Official Mortal Kombat Fight Stick will be used for the tournament which features exclusive custom artwork. This extremely limited fight stick will only be available as part of the Tournament Edition of Mortal Kombat with other goodies included as well. Mortal Kombat will be published by Warner Bros. Interactive Entertainment and developed by NetherRealm Studios. The game will be out April 19th for the Xbox 360 and Playstation 3.

“Mortal Kombat is one of the most recognizable video game franchises on the planet and has a huge audience of dedicated fans,” said Tom Roberts, Chief Technical Officer, Performance Designed Products. “We’ve created the ultimate joystick for these fans and now we’re bringing them all together to find the top Mortal Kombat player in North America.”

Once Mortal Kombat players have had the chance to practice and familiarize themselves with the absolute control of the PDP Mortal Kombat Fight Stick, they will be able to pit their fighting prowess against one another in the Mortal Kombat tournament. PDP will be bringing together thousands of serious combatants within Bally’s Casino and Hotel in Las Vegas, NV where hundreds of matches will be played using the fight stick in front of members of the Mortal Kombat design team. (Participants must be 18 years or older.)

The inner workings of the Mortal Kombat Fight Stick are composed of high quality arcade parts from Suzo Happ and are easily accessed without the need of any tools. Inside the joystick base, all parts and wires are protected by a unique plastic shield emblazoned with the Mortal Kombat logo, and there is room to store cables and a copy of the game. The underside of the Mortal Kombat Fight Stick is lined with velvet-wrapped memory foam for the comfort of players who hold the stick on their lap, while rubberized feet at the bottom corners will prevent the stick from sliding when placed on a table or similar surface.

Mortal Kombat, the newest chapter of the award-winning videogame franchise, will be on store shelves starting April 19th, 2011 for the PlayStation®3 computer entertainment system and the Xbox 360® video game and entertainment system from Microsoft. It marks a triumphant return to the series’ mature presentation and a reinvention of its classic 2D fighting mechanic. Mortal Kombat will introduce a number of new gameplay features including tag team, a deeper story mode, and nostalgic online and offline arcade battles. Players will be able to choose from an extensive lineup of iconic warriors and challenge their friends in traditional 1 vs. 1 matches as well as several new game modes.

For more information about the game, Mortal Kombat, log onto www.themortalkombat.com and visit www.facebook.com/mortalkombat.

To review the rules and sign up to take part in PDP’s $21,000 Mortal Kombat national tournament in Las Vegas, NV on May 14 and 15, visit http://www.pdp.com/mortalkombat