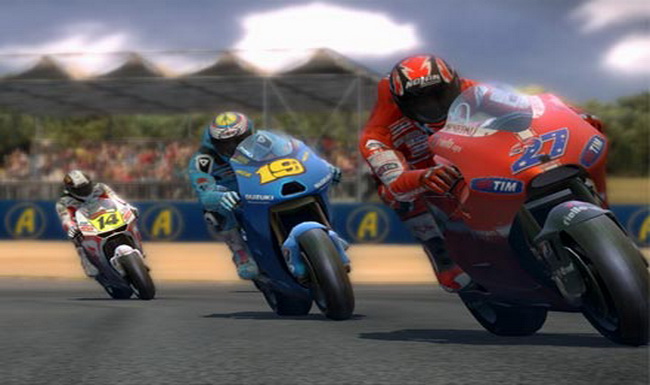 Capcom’s just announced that MotoGP 10/11 will be releasing across Europe on March 18th.

Here’s the official pr below

There will also be a demo released for the game which will allow gamers a chance to test it out. The demo will be released sometime in February for both the PS3 and Xbox 360.

Here’s the official description of what the demo will pack:

Live life in the fast lane racing as either GP heroes Danny Pedrosa or Andrea Davizioso on the challenging Mugello circuit in a single Championship race or against the clock (and your ghost) in Time Trial. As in the full game players will be able to use the new  player assists feature that allows them to fully customise their bike set up,  making the MotoGP gaming experience as realistic a challenge they can handle

The game will be releasing for PS3 and Xbox 360.