Mulaka Interview: Heart of The Tarahumara

Adolfo Aguirre of Lienzo discusses this unique entry into the action adventure genre.

We’ve seen our fair share of action adventure games over the years based on a variety of themes and cultures. So Lienzo’s Mulaka promises an entirely different theme, focusing on the Tarahamura people, the journey to appease higher beings and prevent the destruction of the world, it’s worth listening to. Mulaka may feature the inherent tropes that define games in the genre but mixes it up with transformations, a low-poly art style that’s great to look at and a unique perspective.

GamingBolt had a chance to speak to Adolfo Aguirre, who is the marketing and PR manager at Lienzo, about the game, how well it captures the Tarahumara culture and much more. 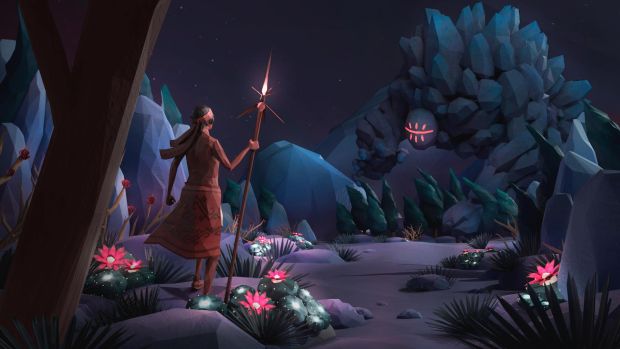 "We met with Tarahumara leaders at some of their settlements at the Sierra Tarahumara, an extension of the Rocky Mountains that go into Mexico and home of most of the Tarahumara groups."

The concept of Mulaka especially with how deeply it covers the Tarahumara people. What motivated you to explore this concept and present it in video game form?

We saw little to no attention paid to these people anywhere. As gamers, we know for a fact that video games are the ultimate medium for storytelling, allowing for more empathy with the audience and a more engaging narrative. Bringing the Tarahumara lore to a video game was really a no-brainer, they’re a natural fit.

We know a bit about the effort that went into researching the Tarahumara culture. Are there any memorable stories you’d like to share while researching?

We met with Tarahumara leaders at some of their settlements at the Sierra Tarahumara, an extension of the Rocky Mountains that go into Mexico and home of most of the Tarahumara groups. We presented to them the idea of our project and they didn’t seem to understand the concept of a video game. In the end, we got their blessing and were asked to remain very respectful to their traditions and sacred deities and elements. That is a key point that we think about every day and it’s a promise that we’ll keep.

What inspired the low poly-count art-style and how do you feel it best represented the culture?

We needed a style that allowed us to create these vast landscapes in a beautiful way while keeping in mind our limited resources as a team. The low-poly visual style allows for very colorful scenarios and, after a few experiments, decided to go for it. We were definitely inspired by games like The Wind Waker, but we tried to make it unique, blending low-poly and mid-poly into the Tarahumara world. 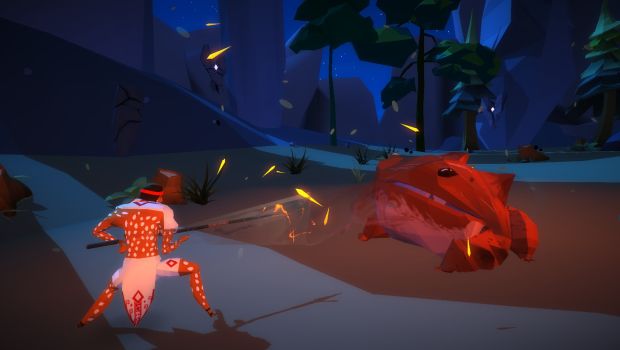 "There are plenty of additional hidden stuff in the game that players who like to explore can look for and learn some extra details of the Tarahumara culture."

Considering the Tarahumara’s ability for long-distance running, will there be specific portions in the game which necessitate running or even completing certain objectives quickly?

Mulaka is capable of running freely and endlessly in the game. The player can begin sprinting with the press of one of the triggers and you can use that to move effortlessly through the game’s vast environments. Some scenarios, like the desert of Samalayuca, are pretty big, so this comes quite in handy.

How large will the world in Mulaka be and what kinds of environments will players encounter?

Every single level of the game is based on a real-life location of the northern state of Chihuahua in Mexico. The state is the biggest in the country and has a very varied geography, which works wonders for the pacing of Mulaka. We got in the game places like the desert of Samalayuca, the town of Paquimé, the lake of Arareko, the Huérachi Jungle, the Copper Canyon, and more. It’s a big world that contains hours of exploration.

Will there be any side-quests that players can take on or lore to collect and learn more about the world?

Yes, there are plenty of additional hidden stuff in the game that players who like to explore can look for and learn some extra details of the Tarahumara culture.

What can you tell us about the combat system? Is there a progression system for upgrading one’s character?

Mulaka is an action game with a good emphasis on combat. We were inspired by games like Zelda, Dark Souls, and Devil May Cry to create a fast-paced action experience where you battle mythological creatures from the Tarahumara lore. Battling enemies and finding collectibles grants you Korima, a currency used to buy upgrades that enhance the player’s abilities. Also, throughout the quest, the player will be unlocking new abilities and powers that can serve for exploration or combat. 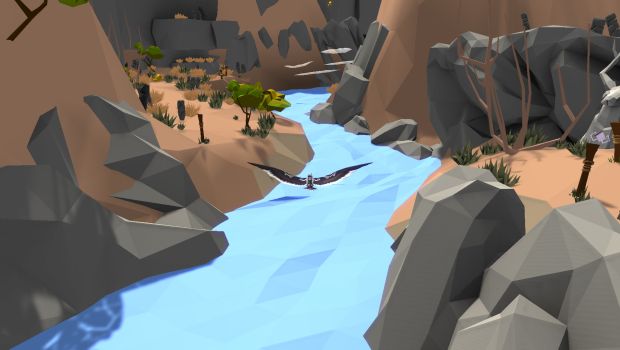 "Unity allows us to port the game to consoles with a lot of ease and that has been truly a blessing for us."

Overall, how long are you estimating Mulaka‘s play-length to be?

At this moment, we’re still not a 100% sure of the total length of the game, but it will not be a short 3 or 4 hour experience, there’s more content in here than that.. We’ll say more about this soon.

Mulaka will also be heading to Xbox One and PS4 along with PC. What challenges did you face in developing for three platforms at once?

This generation of consoles is the easiest to develop for because the Xbox One and PS4 run on architectures that are very similar to that of a PC. Technically speaking, porting the game from PC, which is our base platform in terms of development, over to the consoles has been quite a breeze and we love working with all three platforms.

Can you please tell us about the engine that the game is running on? The game looks absolutely spectacular.

Thanks for the compliment! We’re working with Unity. Speaking about it, Unity allows us to port the game to consoles with a lot of ease and that has been truly a blessing for us.

Not at all. We’re working with the tools that Unity has for us and we’re working closely with the team at Unity Technologies to get the best possible results. 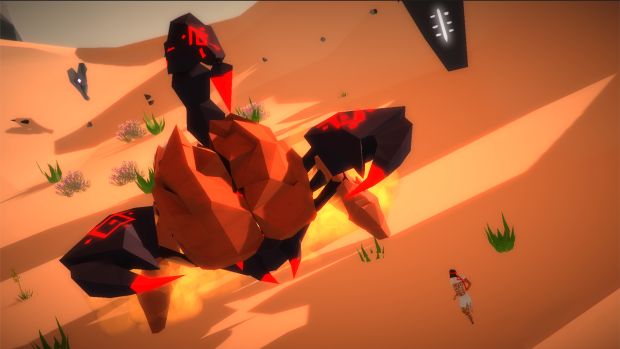 "If you didn’t plan to have the game on 4K and need to redo assets for 4K displays, then it’s definitely a lot more work than that."

Can this possibly run at native 4K and 60fps at all times on the PS4 Pro?

We’re not ready to talk about that or make any promises, but I can say we’re looking into it.

Along with a massive boost to resolution, what other improvements were implemented in the PS4 Pro version?

We’re still working on the improvements that the game will have on the PS4 Pro. It’s certainly beefier hardware, but we’re evaluating what would be the best way to make the best use of it. Since we’re still working on optimization of the game, we can’t really say what we’ll be able to do with the Pro, but expect news soon.

Do you agree with Mark Cerny’s estimation about converting a base PS4 game to PS4 Pro version takes just 0.2 or 0.3% of the overall effort?

It’s hard to say since a lot of it depends on the planning of the project, specifically in terms of the art assets, since the beginning. If you didn’t plan to have the game on 4K and need to redo assets for 4K displays, then it’s definitely a lot more work than that. If the assets you have are 4K-ready, then I do see the workload being significantly smaller, although I’d say it’s more than that percentage for us, but that is because of optimization and other stuff that is fairly new for our small team. 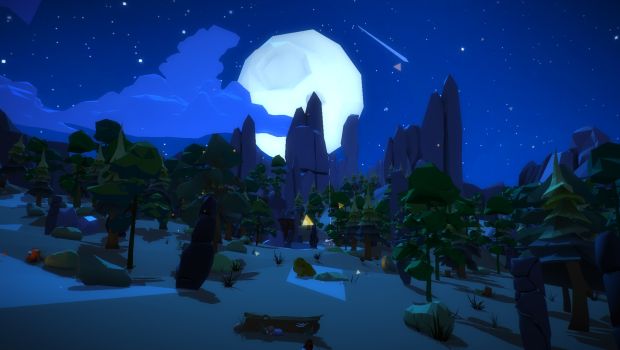 "Mulaka is on its final stretch of production and we’ll be announcing the release date, along with other surprises, very soon."

Do you think the Xbox One X outpowers most modern gaming PCs?

The Xbox One X is a beast of a machine and we can’t wait to see what we can do with it. It doesn’t overpower the most high-end machines, but it’s absolutely a powerful console that can stand side by side with some of the greatest PCs.

Will Mulaka run in 4K but at Ultra PC settings and that too at 60fps on the Xbox One X?

It’s the same case with the Xbox One X and the PlayStation 4 Pro, we’re looking into what we can do with both of these machines and we’ll talk more about this soon.

What is your take on the differences between the PS4 Pro and Xbox One X from a development perspective?

We haven’t worked with the Xbox One X yet so I can’t really say much about it, but there is indeed a significant boost when talking about the One X. We’re excited about it and we can’t wait to see the game running on that hardware.

Mulaka is on its final stretch of production and we’ll be announcing the release date, along with other surprises, very soon. It’s almost here!