Mutazione is a unique game- one look at it is enough to know that, but the more you find out about it, the more unique it’ll look. Though on the surface it’s a narrative-driven adventure title, it holds the promise of an ensemble cast of characters that players will be getting intimately familiar with, in a bizarre location that seems like a great place to spend a dozen or so hours in for a game such as this. We’ve been excited about Mutazione for some time now, and not too long ago, sent across a few questions we had about the upcoming title to the developers. The questions below were answered by the game’s writer and narrative designer, Hannah Nicklin. 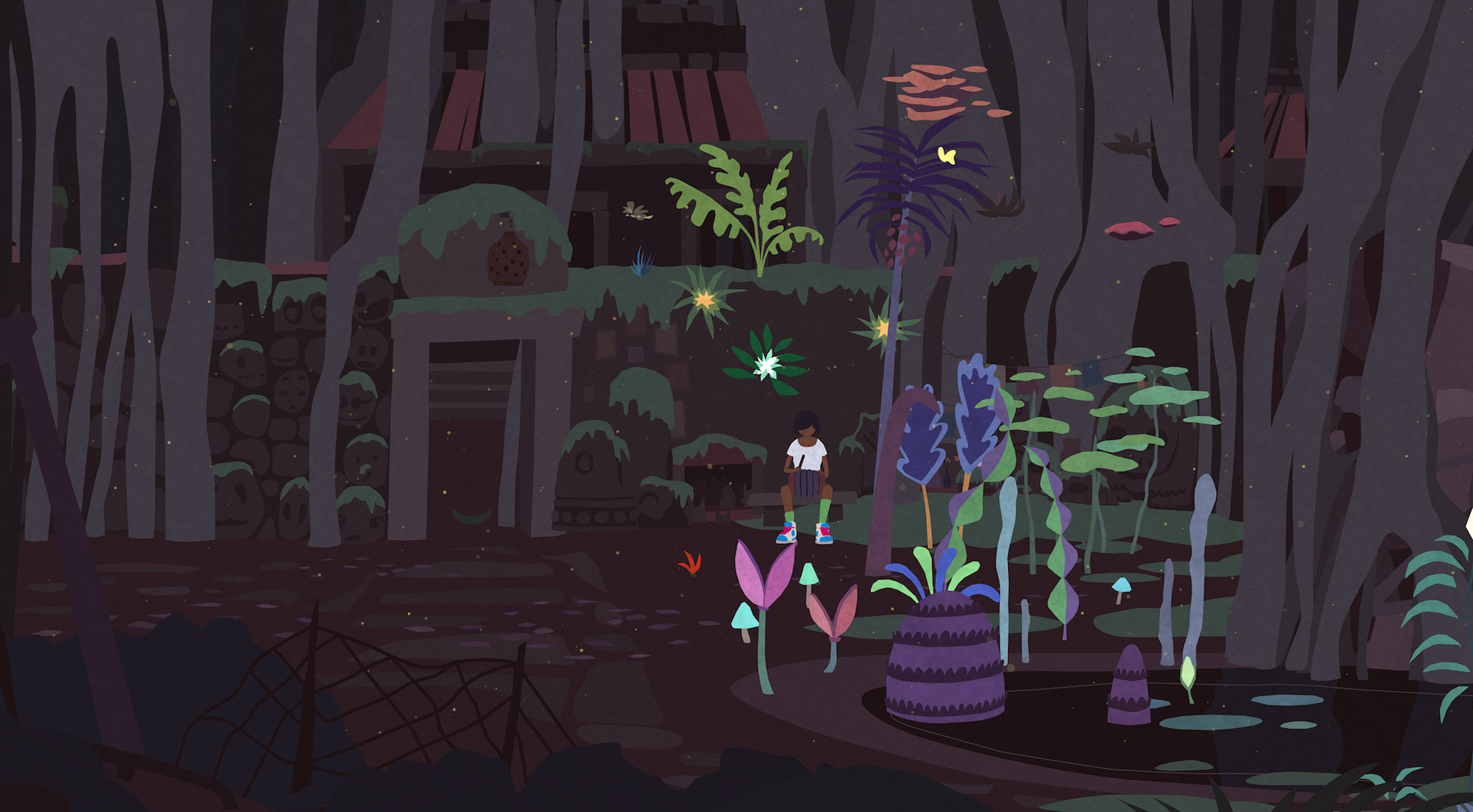 "It was really important to us when writing and designing Mutazione that it work well with the ensemble (group) cast of characters."

How does the game balance its larger story with its more personal, smaller-scale aspects?

It was really important to us when writing and designing Mutazione that it work well with the ensemble (group) cast of characters- what that means is that instead of designing a hero’s tale, where the player goes on a journey which only momentarily touches the lives of other characters, we built a game around the player joining a community with a rich history, and made sure that the story we tell enhances that rich history, not just exists alongside it.

This means that a lot of the information you need in order to complete the game is wrapped up in the stories and the past of the characters. It’s not about quests and completing tasks, but understanding and enjoying the stories of the people who live in Mutazione. If you are asked to do things in the game, it’ll always have a narrative motivation behind it, some of which will be instrumental in moving the game forwards, but some of which will just be self-contained and enjoyable moments.

You’ve mentioned that the game has an ensemble cast of characters- how does it balance that with having a very clearly defined main playable character? Or will there perhaps be sections of the game where we can play as other characters as well?

This is an interesting question! At our scale, it was only really feasible to develop one player character – Kai, and as a lot of her character exposition will be shaped by your choices as the player, it made more sense to let the player sit with her throughout the game. I think the reason this works with the cast is that you get to know Kai at the same rate you get to know the members of the Mutazione community – how she reacts to others, what you choose for her to share about herself, all these things mean that Kai is being built for you at the same time as being the instrument by which you discover others.

Can we expect to see multiple endings in the game?

The narrative choices in the game are more like one of exploration than of branches. The people you choose to talk to will open up plot lines that you might not otherwise see, and help you discover secrets and snippets of information that you might otherwise miss. There will always be two to three conversations in a time of day which you need to have to move time onwards, but the rest is up to you, and there are a lot of delightful moments hidden away for people to find. In that way, I’d describe the game as having multiple middles, rather than endings.

From what we’ve heard and seen of Mutazione so far, it seems like the game almost has a bit of a life simulation aspect to it, or at least elements of that. Would that be an accurate assertion, or is it a more directed experience than that?

We hope that because of the choices the player has over who they engage with, where they go, and how much they want to explore, the game can flex to a multitude of different kinds of play style. Whether that be someone who wants to follow the main story, or someone who wants to follow some of the ‘B’ or ‘C’ plots, or just spend time tending to musical gardens. I wouldn’t call this ‘life sim’ – you’re not feeding Kai, and there’s very little resource management (it’s mainly seeds), but while the experience is guided by the ‘A’ plot, we hope players will be able to pace the experience in a manner that suits them.

Can you talk to us about how planting musical gardens factors into the game as a gameplay mechanic?

The gardening in the game has a narrative drive which will be slowly revealed to the player throughout the game. The player can also choose to spend a lot of time experimenting, or just enough to move the story forwards. I don’t want to say too much more in case I spoil the surprises! But put simply: the world of Mutazione is full of beautiful plants, some of which you can harvest seeds from, and which you can plant in a series of gardens. As the game progresses, you discover how to make them grow, and can access new areas with new seed varieties. Each plant is a different instrument, and as you compose a garden and help it grow, you build a musical soundscape. We also hope to have seed-sharing available, so you can send seeds to other players. 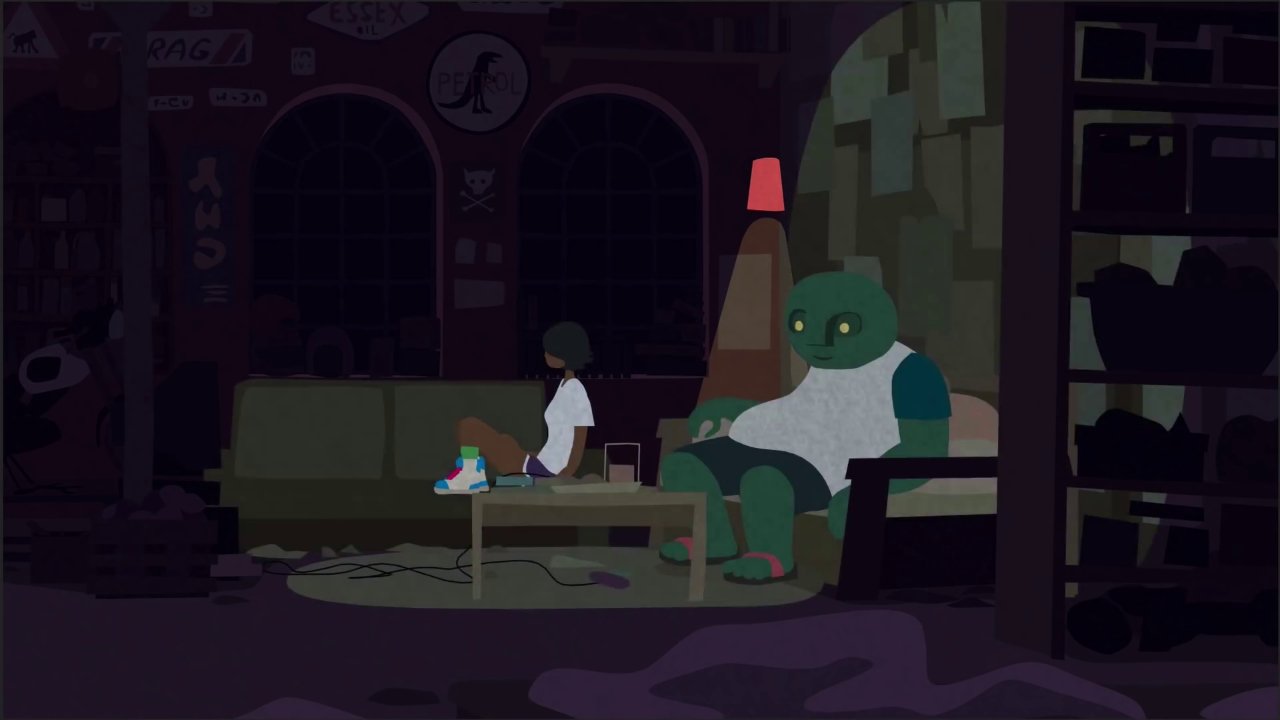 "The narrative choices in the game are more like one of exploration than of branches. The people you choose to talk to will open up plot lines that you might not otherwise see, and help you discover secrets and snippets of information that you might otherwise miss."

How did you land on the understated visual aesthetic that Mutazione is using?

The aesthetic of Mutazione is very much down to the creative vision of Nils Deneken, Artist and Creative Lead on the game. He’s been developing and sketching the world for over a decade now, but it’s incredible that you can go back 7 years or so and find that it looks almost completely full-formed, even then. He’s heavily influenced by graphic novels and lush anime such as Future Boy Conan. A lot of our influences are from outside the world of video games, which I think makes the game feel fresh in a number of ways.

About how long can we expect Mutazione to be in terms of gameplay hours?

It depends on how much time you spend exploring. Minimum (unless you’re speed running) would probably be around 7-8 hours, but you could easily spend double that talking to everyone and spending time gardening. There will also be a ‘garden mode’, whereby you can just experiment with musical gardening compositions at your leisure.

Why did you decide to keep Mutazione as a console exclusive to the PS4?

Sony have played a big role in getting Mutazione off the ground and we’re excited to release the game as a PS4 console exclusive, alongside Windows/Mac.